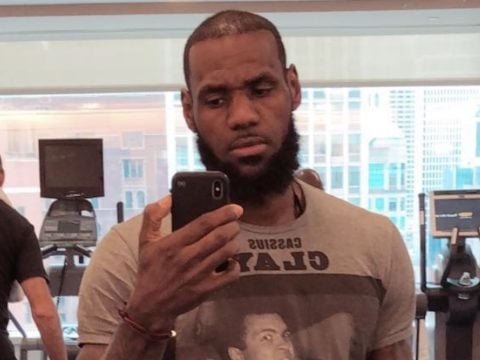 NBA superstar LeBron James can’t wait for the season to start back up. The three-time champion has hit up social media to share pics of himself on media day officially draped in Los Angeles Lakers gear.

The former Cleveland Cavaliers and Miami Heat star lit up Instagram Monday (September 24) with a slideshow of new shots.

Alright enough of all that talking bruh! It’s time to work now. That’s all we know! #striveforgreatness

Over the summer, G.O.O.D Music’s Tyga flexed in a Bron-Bron Lakers jersey.

.Thank you @lakers @jessebusslal for this 1

Despite the hype, an anti-Bron fan vandalized a mural made in his honor the same week.

The post LeBron James Shares His First Look In All-Out Lakers Uniform: “Enough Of All That Talking Bruh!” appeared first on SOHH.com.