Official recap for “Night of the Living Dead” w/ Necro, Madchild, Twisted Insane + More in Los Angeles at Catch One 10/26/19 presented by UndergroundHipHopBlog.com. 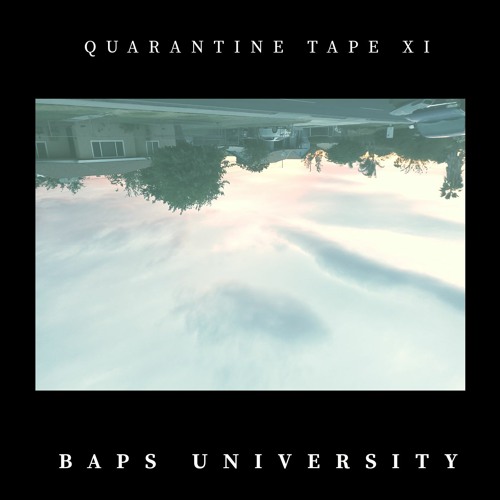 Sir 7000 and Ambeeka make up the duo known as BAPS University. Since the coronavirus pandemic, the two have decided to release a new mixtape each week as apart of their Quartine Tape series. Eleven weeks later, the BAPS collective is still going as they just released their “Quartine Tape 11” project. After this much music, the group has built an undeniable amount of chemistry, but is it strong enough to make this their best work yet?

Sir 7000 and Ambeeka both use their platforms to advocate change on the record. The album’s intro “Can’t” welcomes the listener to the world; they are about to be thrown in as Ambk’s vocals are pleasant and relaxing but, her lyrics are embedded with serious undertones. Sir 7000 runs with this concept as under his mellow delivery, each bar he riddles is politically and socially aware. Tracks like “Be” and “Deprived” are standouts as the artist’s calmy engulf their knowledge and views onto the listener. The projects last two songs, “A” and “Revolution,” serve as inspirational ballads on everything going on in our world right now and how we can cause change. The only track I am not fond of here is “Sexually, ” which feels out of place as the rest of the album offers positive solutions to a severe issue. Overall, Quartine Tape 11 contains some of the collective’s best performances to date!

Sonically, Quartine Tape 11 is suitable but doesn’t do anything to blow me away. Mainly produced by Sir 7000 and Pearls, they get the job done behind the boards, but their sound lacks memorability. Beats such as “Be” and “Sexually” embody this idea as their simple instrumental patterns can get very boring and stale. On the contrary, the album’s intro “Can’t” and the track “Deprived”, do a fantastic job of making great minimalistic beats. Another song worth noting is “A”, which contains an emotionally moving and motivational background for Sir to rap over. Another nice touch on this track is the outro skit of former NBA Players Matt Barnes and Stephen Jackson talking about achieving change and following any means to make it happen. In summary, the production tends to fall flat, but it doesn’t ruin the listening experience.

In conclusion, Quartine Tape 11 is a solid addition in the evergrowing catalog of BAPS University. The two have come into there own artistically, with there unique and refreshing styles. While I wish the album offered more sonically, there is still enough talent lyrically for the project to be enjoyed. If you want to see how these two continue to grow and progress in the future, be sure to follow @iamsir7000 and @ambeeka_mathis on Instagram!

Rising Hip Hop artist out of New Orleans, Codac drops his new hard-hitting single/video titled “Fire“, which is dedicated to all the real smokers out there!  Follow him on Instagram @codac504.

Will Smith is responding to reports that he gave his wife Jada Pinkett Smith his “blessing” to have a relationship with August Alsina.

The actor’s rep reportedly told The Sun that the allegations are “wrong.”

In an interview with Angela Yee, the 27-year-old singer claimed that he had a years-long affair with the 48-year-old actress and that he was very much in love. “I totally gave myself to that relationship for years of my life, and I truly and really, really deeply love and have a ton of love for her,” said August. “I devoted myself to it, I gave my full self to it–so much so to the point that I can die right now and be OK with knowing that I truly gave myself to somebody.”

He also alleged that Will approved of the relationship. “I actually sat down with Will and had a conversation due to the transformation from their marriage to life partnership … he gave me his blessing,” said August.

Jada’s rep has also denied August’s claims, tell Page Six that they are “absolutely not true.”

The couple has been rumored to have an open marriage, which Jada previously addressed. “Will and I BOTH can do WHATEVER we want, because we TRUST each other to do so,” she wrote in Facebook in 2013. “This does NOT mean we have an open relationship…this means we have a GROWN one.”

During the interview, August revealed that the two were introduced by Jaden Smith in 2015 and that he even vacationed with the family in Hawaii in 2016 and attended the BET Awards together in 2017.

“I love those people literally like my family. I don’t have a bad thing to say about them. They are beautiful people,” added August. 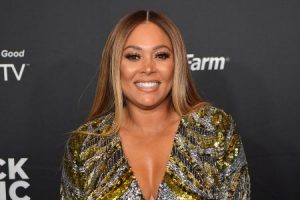 During Fabolous’ Verzuz battle against Jadakiss on Monday, the Brooklyn rapper took the opportunity to explain why there are two versions of his hit single, “So Into You” for the umpteenth time. But he added a small detail that many of us never knew.

“There’s a lot of back and forth about how there was Tamia and Ashanti,” Fab said. “Tamia is who the original song came from. Tamia was getting surgery on her throat at the time when we did the song. So we got Ashanti to do the song because [Tamia] was getting—and then we did the video, she was back. She got her shit back together. … We laid the vocals after her throat surgery.” Apparently, Tamia never heard this version of the story either.

Later that evening, the singer swiftly responded, tweeting, “25 years. 8 albums. 0 throat surgeries,” alongside a photo of all her albums.

Twitter took a stand for Tamia, knowing she never had throat surgery. Considering that she’s the original singer of the sampled record, she should’ve been tapped for the collaboration anyway. But it worked out exactly the way it should’ve.

Did you tune in to the latest Verzuz battle? Who do you think won between Fabolous and Jadakiss?

The post Tamia Addresses Fabolous’ Claims That She Got Throat Surgery During ‘So Into You’ Controversy appeared first on The Source. 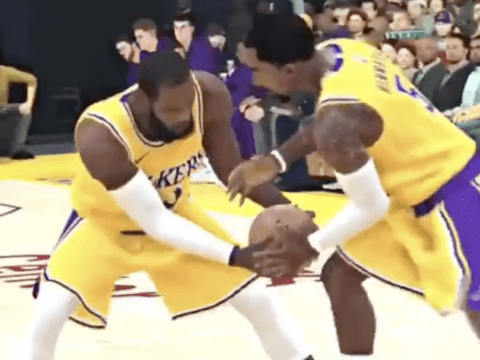 The Internet stays with some joke-jokes. Social media has erupted over former NBA champion JR Smith returning to the league to go on another championship run with LeBron James and the Los Angeles Lakers.

On Wednesday, social media didn’t hold back on poking fun of Smith’s past antics possibly returning with King James on the path to a championship. Memes went wild joking about JR giving LeBron some of those unforgettable cringe moments.

Smith is currently onboard to help the Lakers finish out the season and go on a championship run atop the Western Conference. The contract is expected to just be for the current restart season.

Free-agent guard JR Smith has signed a contract with the Los Angeles Lakers for the rest of the season, the team announced Wednesday. Smith and the Lakers have been discussing a deal since starting guard Avery Bradley opted out of the season restart on June 23. Smith, 34, hasn’t played an NBA game since November 2018 with the Cleveland Cavaliers. (ESPN)

Recently, diehard Lakers fan Game said he didn’t feel the NBA should come back this season. The California native said players and the league should cancel its restart and focus on protesting police brutality.

“Hood morning (no typo)….. To be honest, I miss sports & the everyday normalities of the way we lived prior to the pandemic & the situation at hand. But I have to stand in agreement with my brother @stak5. Anything that is or will be a distraction to the movement & or the mission of justice for all the senseless acts of violence against black people in this country as well as the countless un-just murders of our people, should be put on hold until we as a people have truly prevailed in this fight. #BlackLivesMatter” -Game’s Instagram 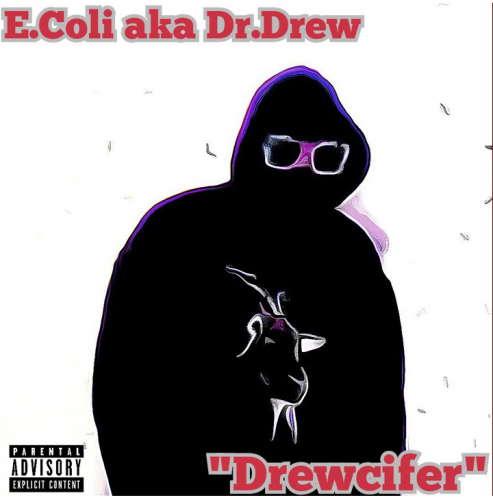 Up and coming Hip Hop artist out of New York, E.Coli Aka Dr.Drew recently dropped his latest album titled “Drewcifer“.  Follow him on Instagram @ecoliskitchen. 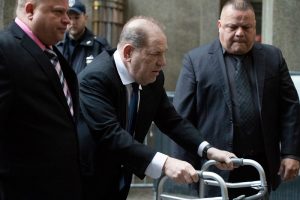 The victims of convicted rapist Harvey Weinstein are set to receive a portion of a $19 million payout. The women were sexually abused and harassed by Weinstein while working for his production company.

The settlement is part of a deal negotiated by the New York state attorney general’s office in its class-action lawsuit against The Weinstein Company. Former employees of the production company who “experienced a hostile work environment, sexual harassment and gender-based discrimination” are eligible for part of the compensation fund, according to a press release from New York Attorney General Letitia James’ office.

The agreement still needs to be approved by the district court presiding over the case. In addition to the payout, the AG’s office said the agreement will end any confidentiality or non-disclosure agreements Weinstein’s victims signed with the company of any of its former reps. The AG’s office filed the suit against Weinstein, his brother Bob Weinstein and the film production company in February 2018.

The suit accused Weinstein and his ex-business-partner/brother of violating numerous state codes against sexual harassment, intimidation, and other workplace safety protections. According to the AG’S office, there was a vast amount of complaints filed with human resources that never saw the light of day.

For years, assistants working for Weinstein “were exposed to and required to facilitate” sexual encounters for him “as a condition of employment,” the office has stated. “Harvey Weinstein and The Weinstein Company failed their female employees,” James said in a statement. “After all the harassment, threats, and discrimination, these survivors are finally receiving some justice.”

The disgraced movie mogul was sentenced to 23 years in prison in March after a Manhattan jury found him guilty of forcibly performing oral sex on former Project Runway staffer Miriam “Mimi” Haleyi in 2006 and raping hairstylist Jessica Mann in 2013.

The scandal gained notoriety and fueled the #MeToo Movement even inspiring an episode of Law & Order SVU.