On this date in 2000, West Coast rap giant Snoop Dogg released his fifth full length studio album entitled ‘The Last Meal’, which was released on Master P’s Dirty South, independent powerhouse, No Limit Records, as well as the first album on Snoop’s Doggystyle Records. This album was released during the “dog days” of Death Row, with Snoop and Dre parting ways with their former boss and label owner Suge Knight. The album was leaked on the internet on December 1, 2000 by Suge Knight who made all tracks downloadable in MP3 from the official site of his and Snoop Dogg’s former company Death Row Records, which featured links to tracks from both Tha Last Meal and Dead Man Walkin’ albums, asking visitors to “take The Snoop Dogg Challenge” and decide “song for song” which is the better album.

There was some heavy production on the album, with tracks primarily from Dr. Dre and Master P, adding Timbaland and Soopafly to the unique flavor of this project as well. The most recognizable track from the album was “Lay Low” a melodic track featuring Butch Cassidy, The Outsidaz with Nate Dogg singing the hook and Dr. Dre behind the boards, capturing that original G-funk sound of the 213.

Salute to Snoop, Master P, Dre and the entire No Limit/Death Row teams who helps mold this timeless classic! 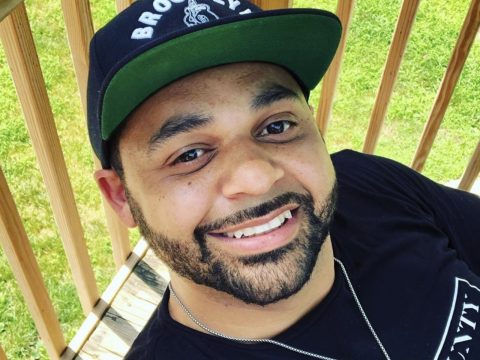 New York rapper Joell Ortiz is going super Throwback Thursday. The hip-hop veteran has reflected on the day he signed to Dr. Dre‘s iconic Aftermath Records. Look and comment below! 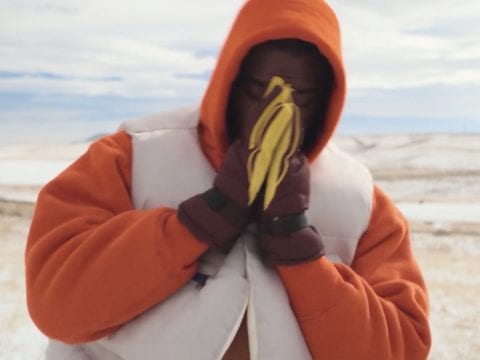 Grammy-winning rapper Kanye West is out here proving the value of religion. The hip-hop star recently revealed his decision to put out a gospel project ultimately won over music icon Dr. Dre.

This week, footage surfaced of Yeezy explaining what it took to get in the studio with Dre.

According to hitmaker OMG Ronny, fans should expect Ye to come through with a gospel feel on his upcoming Jesus Is King 2 album.

On this date in 1995, Death Row Records released one of the label’s most successful singles featuring Dr. Dre, Tupac Shakur and Zapp frontman, the late Roger Troutman aptly titled “California Love” from ‘Pac’s All Eyez On Me LP.

As Tupac’s first single as a Death Row artist and as a free man after his 1994 rape conviction, California Love dropped during the height of the the East Coast/West Coast rivalry and helped to propel Death Row to the top of the Hip Hop food chain, featuring the game’s hottest rapper and the most sought after producer. The B-side to the Jodeci powered “How Do U Want It?” posted up in the Billboard pole position for a solid two weeks and ‘Pac was posthumously nominated for Grammys in the Best Rap Solo Performance and Best Rap Performance By a Duo or Group categories.

“Only In Cali where we riot not rally, to live and die/ In L.A., we wearing Chucks, not Ballys(yeah, that’s right)..”

Salute to the late, great Tupac Shakur, Dr. Dre, Suge Knight, the entire Death Row staff, the legend Roger Troutman and everyone involved with this smash single that will forever live in Hip Hop history.

KRS-One is recording a new project, Street Light. “This is the light for the street, and this light of the street,” he explains of the title. “[The other meaning of the title is] the actual street light was the original source of Hip-Hop’s power.” Pioneers, including the Cold Crush Brothers, have documented using New York City’s public utilities to power turntables, mixers, and speakers in the 1970s block parties and park jams. In a way that was not possible in the 1980s and 1990s, Kris Parker is documenting the creation of his forthcoming mixtape in real-time. Following two recent videos that show The Teacha bringing his books of rhymes into the recording booth, KRS creates a song. KRS-One Speaks About The Power Of Hip-Hop To Change The World (Video) Joined by a female vocalist, the R&B-tinged track features a chorus, “I am a miracle.” One of Hip-Hop’s most influential MCs sprinkles in his lyrical seasoning from an adjacent room. “I woke up realizing I am a miracle / Starting with the umbilical cord, I am a miracle / Forget whatever I can afford, I am a miracle / Walking with the strength of a lord, spittin’ lyrical,” he charges. “How am I even spitting at all? That’s a miracle / ‘Thirty years, KRS-One, how are we still hearing you?’” The Boogie Down Productions co-founder asserts that he represents the pinnacle of culture, riding the beat. The MC/producer flashes a smile while laying his vocals, which keep the same cadence. “Standing on principle / While others steady dissin’ you / But still showin’ love livin’ above, that’s a miracle / They tried to put the fear in you / Act like they wasn’t hearin’ you / But that was minimal / You remain the miracle / No hate or bitterness, ’cause both are reciprocal / Not to become hateful toward hate? That’s a miracle / The rent due / And the landlord? He ain’t hearin’ you / But the check with no money on it just cleared for you,” spits the Criminal Minded author (along with late partner DJ Scott La Rock). KRS-One Is Working On New Music & He’s In The Studio With Dr. Dre In the second half of the video, KRS-One thanks Dr. Dre (who he took a studio photo with in 2018), while detailing the upcoming work. “We recorded it all these studios and got all these different sounds. But I needed to come to a studio like this so that everything can now sound the same. Everything can now have the same power, inflection, this kinda thing—tone, and all that.” Video shows the often under-acknowledged producer tweaking knobs at the boards. In the last two minutes of the video, KRS teases another excerpt from these recordings. The creator says that Street Light will be available at tour stops at the KRS-One site. Wonder What A 1977 New York City Park Jam Sounded Like? Press Play… (Mix) Videos featuring KRS-One are available at AFH TV. We are currently offering free 7-day trials. 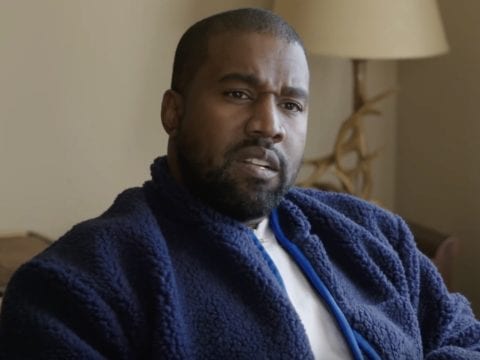 Grammy-winning rapper Kanye West is really putting together an immediate Jesus Is King follow-up. One of the hip-hop star’s producers has come forward to provide insight on the upcoming album.

According to hitmaker OMG Ronny, fans should expect Ye to come through with a gospel feel on his new LP.

Kanye West returns to a familiar spot on the Billboard 200 albums chart, as his latest release, Jesus Is King, debuts at No. 1. It’s his record-tying ninth consecutive debut at No. 1, matching Eminem’s still-active streak for the longest in the chart’s history. Jesus Is King was released on Oct. 25 via G.O.O.D. Music/Def Jam Recordings and earned 264,000 equivalent album units in the U.S. in the week ending Oct. 31, according to Nielsen Music. Of that sum, 109,000 were in album sales, while the rest was powered largely by streaming activity. (Billboard) 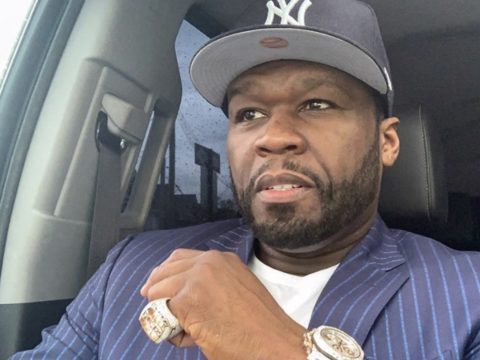 Sources close to Knight told TMZ he sold away his life rights to Ray J, allowing the “One Wish” musician to handle Knight’s business decisions while he’s otherwise occupied in prison. Ray J will reportedly be in charge of selecting any possible biopics or biographies about or involving Knight. This means Ray J is in the position to give the go-ahead on any projects involving Knight’s likeness or life story, offering the former music executive the opportunity to bring in some cash. (Complex)

Reports also claimed there is at least one film project in the works connected to Knight.

Sources have indicated a documentary on Death Row Records and Suge is already underway, and there’s even the chance the label itself could make a return after closing its doors in 2009. Another unspecified project focused on the life of 2Pac is in discussion, too. (Complex)

Last year, Knight received nearly 30 years in prison for his involvement in a fatal hit-and-run.

Some of the album’s leading tracks include the x-rated “It Ain’t No Fun(If The Homies Can’t Have None)” featuring childhood friend Nate Dogg and then recently formed Dogg Pound, Daz and Kurupt, the Slick Rick ode “Lodi Dodi” and the world famous alcoholic anthem “Gin And Juice”.

Even with a four mic rating, Source staff writer Reginald Dennis said that the album escaped the coveted Five Mic rating because he felt like it was “rushed”, but nonetheless, with the introduction of such a monumental artist coupled with the authenticity of the gang ridden West Coast streets, this album is by far one of the most pivotal albums of the 90s, even before the East Coast/West Coast rivalry, which came at least two years later. Salute to Snoop, Dre, the Dogg Pound, The Lady Of Rage, RBX, Suge and the rest of the legendary Death Row for putting together this classic album! 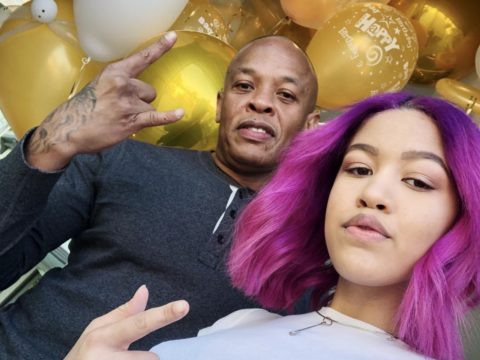 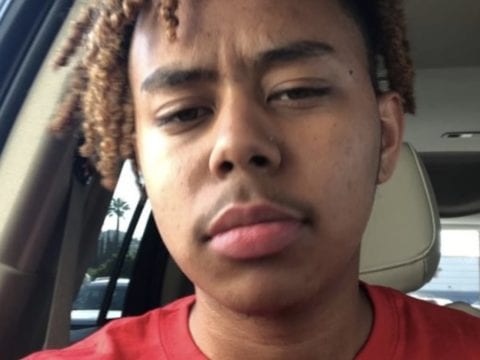 Last year, YBN and Dre linked up for a studio session together.

Yesterday, Dre and rap superstar Kanye West hit the studio together to announce an upcoming Jesus Is King album follow-up.

The post YBN Cordae Gives Dr. Dre Edge Over Kanye West, Swizz Beatz + Everyone Else: “Greatest Producer Of All Time” appeared first on .