Florida rapper Yung Miami is low-key doing the most to get Nicki Minaj‘s attention. The City Girls rap star has reached out to the rap Barbie about getting permission to follow her on social media. Yung Miami Badly Wants To Be Nicki’s Pal The South Beach rap heavyweight hit up Twitter with a cringe request. […] 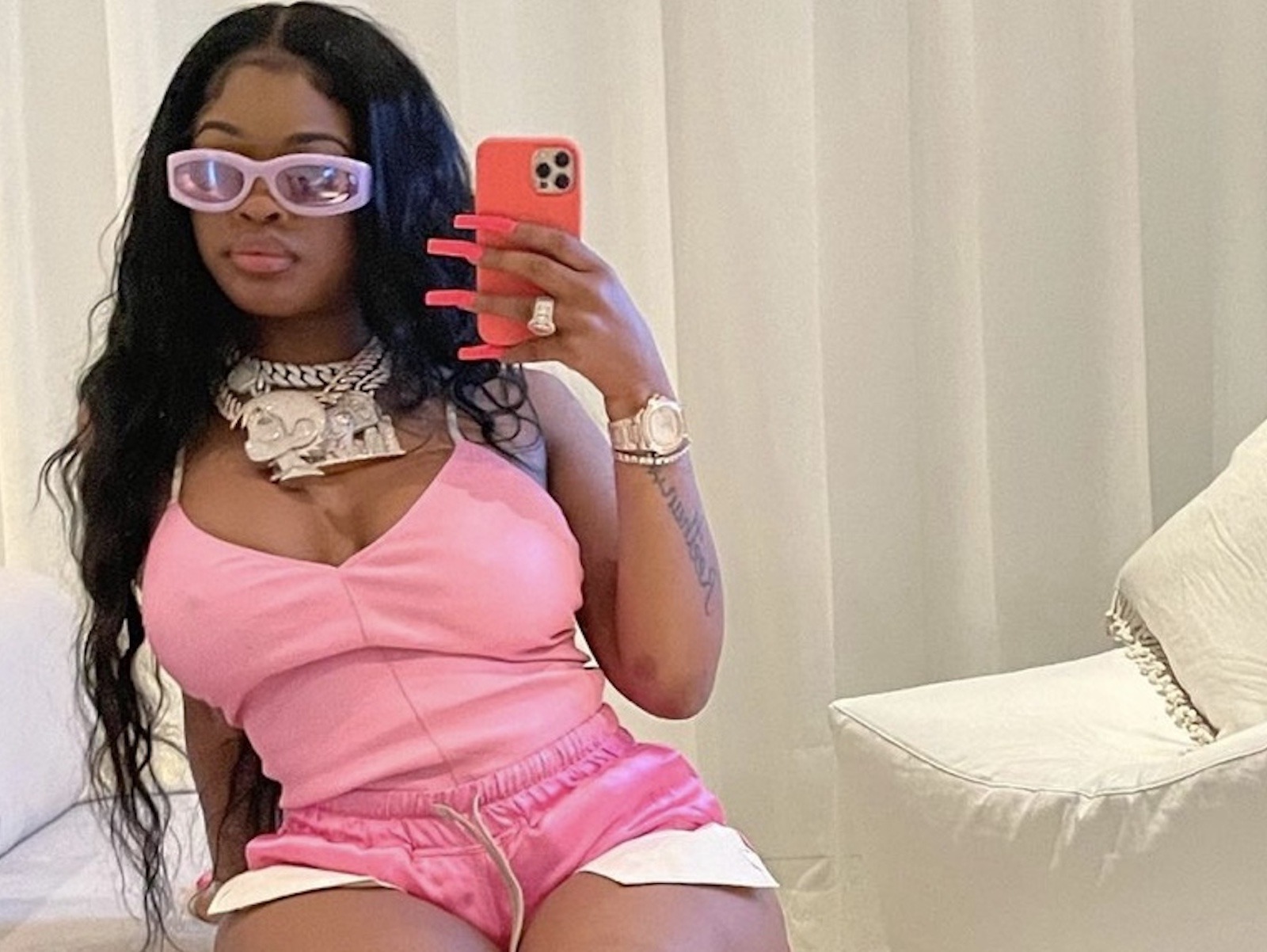 City Girls’ JT has the Internet watching her Twitter fingers. The hip-hop star is catching heat courtesy of throwback tweets resurfacing across the Internet and taking direct aim at Young Money’s Nicki Minaj. City Girls’ JT Takes Big Shots In Old Tweets Over the past few hours, tweets have reemerged to the masses. They point […] 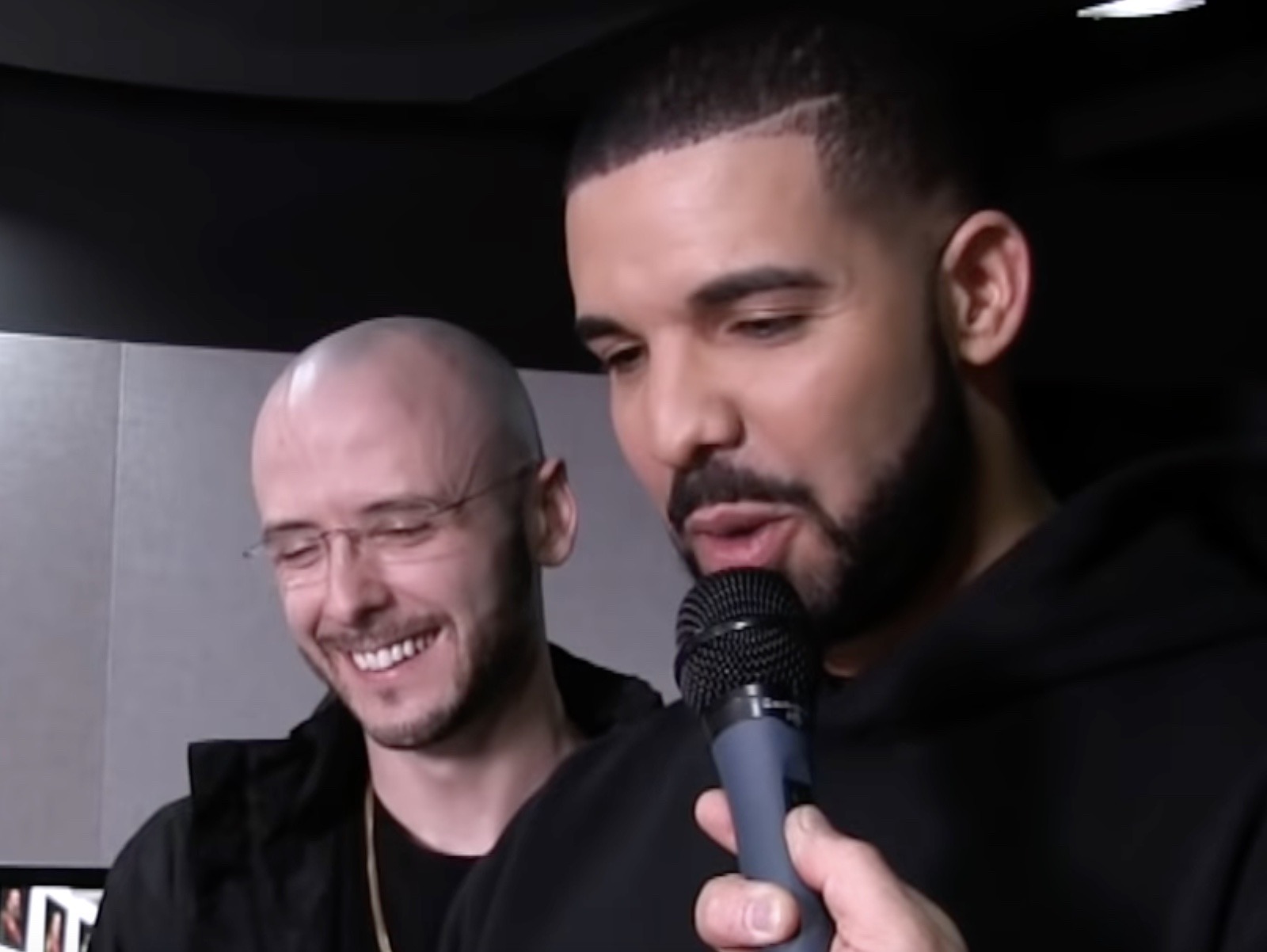 OVO Sound’s Noah “40” Shebib isn’t staying silent. The hip-hop hitmaker went online to share some thoughts on the publicized Israeli-Palestine conflict. Drake’s Producer 40 Weighs In On Conflict Shebib went to his Instagram page to share his thoughts. More specifically, he provided some insight into how people could understand the Palestinian struggle. “❤️🖤🤍💚 I […]

The post Drake’s Producer 40 Has Clarity In Palestine-Israeli Conflict appeared first on SOHH.com.

Nicki Minaj is showing her humility.

On Friday, the rap queen released her 2009 mixtape Beam Me Up Scotty to streaming services for the first time featuring three new tracks including “Seeing Green” with Drake and Lil Wayne.

In a Q&A with fans, Nicki said that her Young Money brothers “washed” her on the track, and she’s not afraid to admit it.

Way too many. All I know is that they washed me on #SeeingGreen I’m a woman enough to admit when I’ve been washed on a track by the Greats

and it’s ok #Barbz I’ve washed them b4. We’ll live through this one. I was still a lil rusty

I washed them in my head on #Fractions

“All I know is that they washed me on #SeeingGreen,” tweeted Nicki. “I’m a woman enough to admit when I’ve been washed on a track by the Greats.”

However, Nicki feels that she has outshined Drizzy and Weezy on their past collaborations. “And it’s ok #Barbz I’ve washed them b4. We’ll live through this one,” she said, adding, “I was still a lil rusty I washed them in my head on #Fractions.”

She also revealed that she recorded around seven different versions of “Seeing Green” before settling on her verse. “Honestly I kept coming back to it for like a week. I have like 7 diff versions of my verse on that song,” she told fans.

Honestly I kept coming back to it for like a week. I have like 7 diff versions of my verse on that song.

and no I’m not gonna upload them.

and I took out a very funny line from #Fractions a cpl days b4 we released. It was such a fkng Ki https://t.co/KsgQ2j3Xki

During her Instagram Live on Thursday night, Nicki said that it was Drake who helped her overcome her writer’s block after she gave birth. “He single handedly got me out of my writer’s block, and I’m never gonna forget it and I’m gonna shout it to the fu**ing world from the mountain tops,” said Nicki. “He’s a fu**in’ genius as a musical artist but also as a human.”

J. Cole is no longer trying to compete.

Fresh off the release of The Off-Season, the Dreamville champ paid a visit to “The ETCs” podcast with Kevin Durant and Eddie Gonzalez, where he reflected on his career and relationship with fellow rappers Drake and Kendrick Lamar, which has evolved over time. While they came up together, he has learned to value friendship over competitiveness.

“These are the guys that push you, and you gotta push them,” said Cole. “I was so competitive early on that, like, even though we were all friends, I’ve never been a reach out, I’ve never been that person, especially when it’s competition involved. It’s almost like working out together.”

When he was younger, he had a more competitive mentality, which has changed with age. “I guess in the NBA in the past that was unheard of. Like, ‘Why would I work out with this ni**a? I’m trying to destroy this ni**a.’ That was kind of my mentality early on,” he said. “But as I’ve gotten older, I realize that no one is truly my peer or can relate to what I’m going through in life more than these people right here–just in terms of whatever pressures there might be… Nobody can really relate to that like these dudes, and I really genuinely f**k with these dudes.”

He was able to stop viewing them as competition and more as friends. “I’ve been absolutely trying to make an effort as time goes on, to strip the competition from me,” he said. “I’m more interested in the relationship ’cause I also see a time when I’m not doing this. That seems very realistic to me.”

However, he always had respect for his peers. “It was always a respect thing. Now it’s just more of a wisdom thing where it’s like, ‘Yo, you can never have it all.’”

Elsewhere in the podcast, Cole opened up about fulfilling his professional basketball dreams. On Sunday, the Fayetteville rapper made his debut playing for the Rwanda Patriots BBC in the inaugural season of the Basketball Africa League. 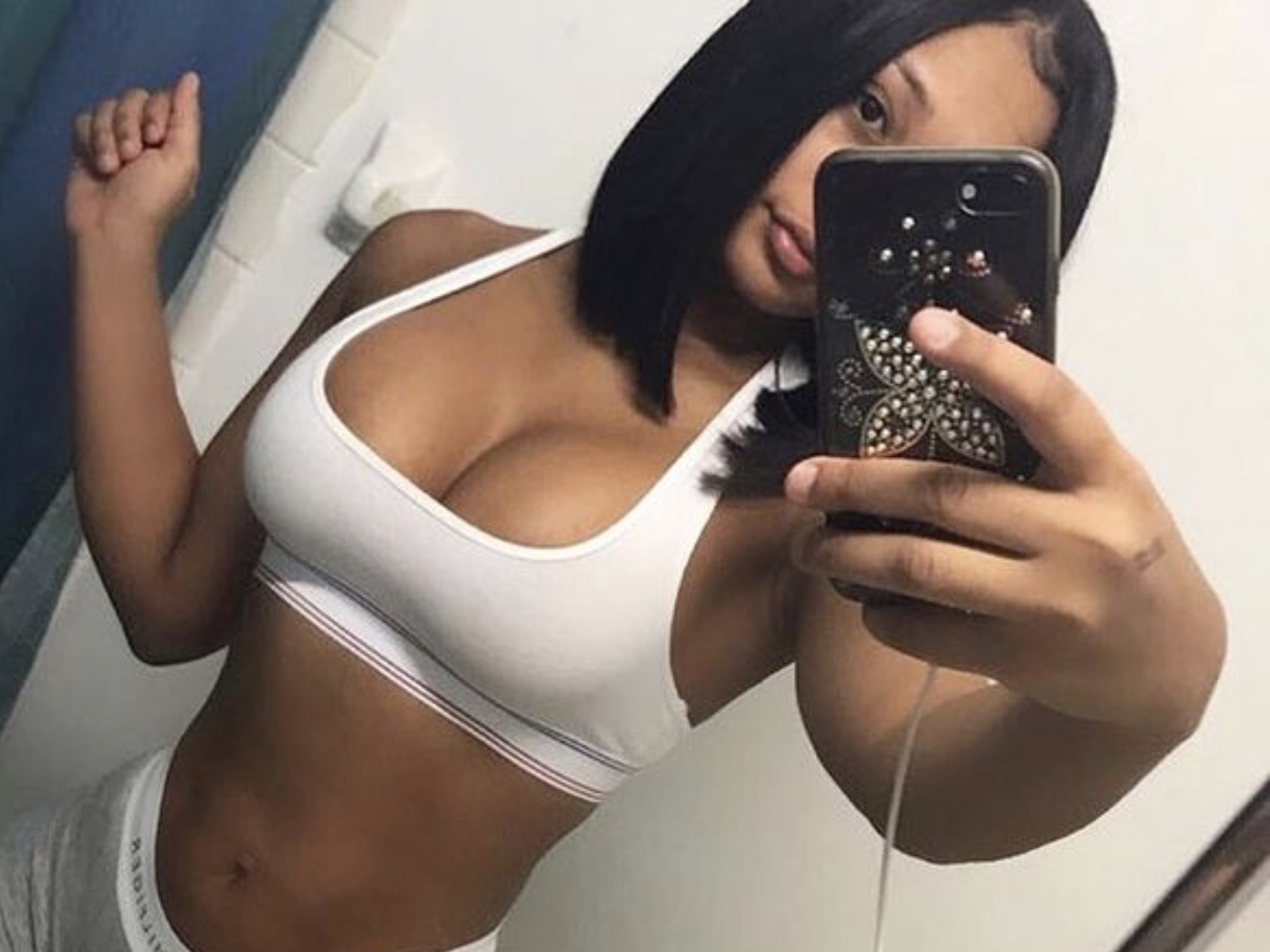 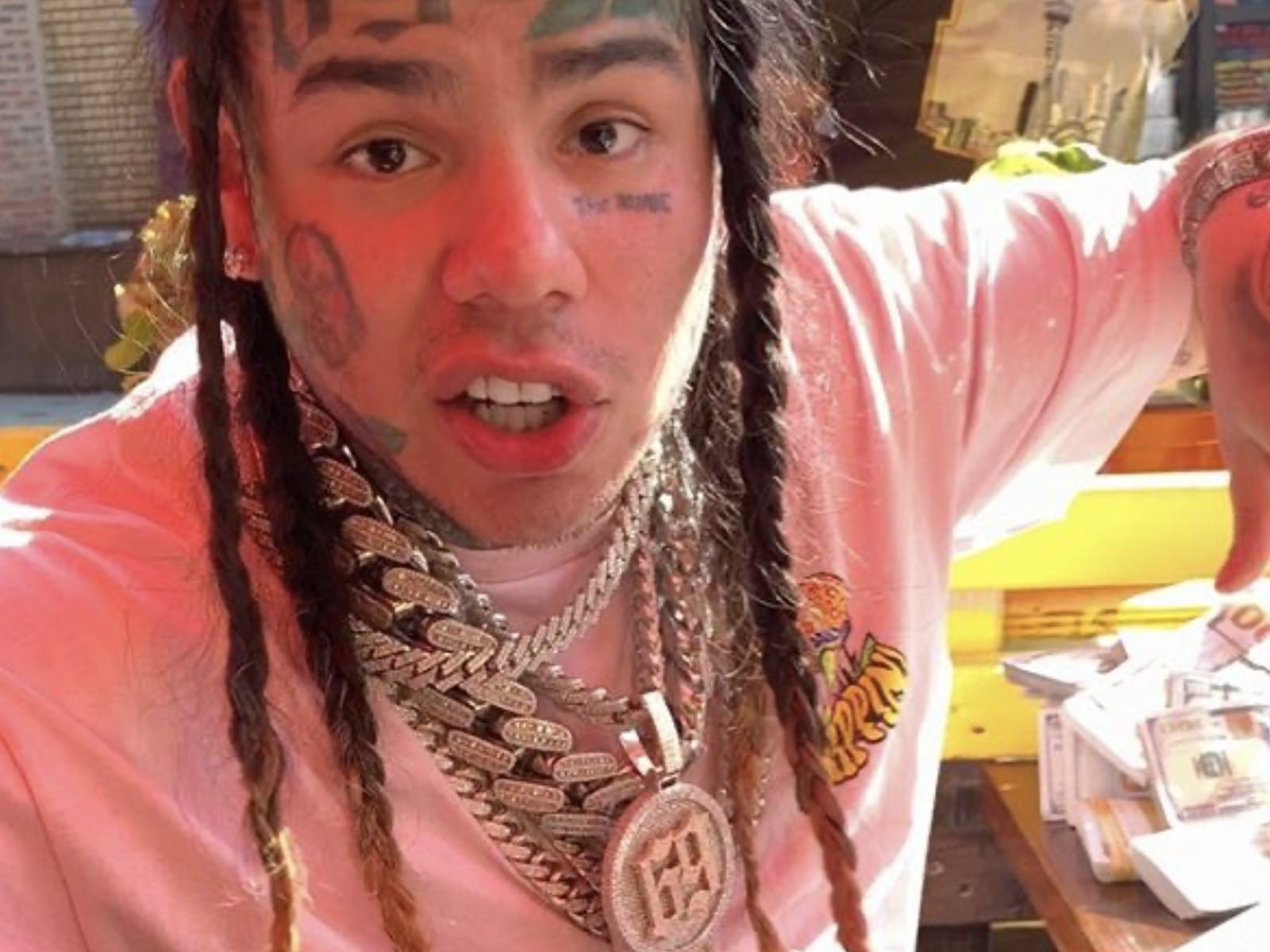 New York rapper Tekashi 6ix9ine is determined to make sure Lil Reese know he’s keeping tabs on him. The hip-hop troll has targeted the Chicago rap artist following a near-death shooting. Tekashi 6ix9ine Goes On Trolling Spree 6ix9ine went to both his Instagram and Instagram Story to let loose on Reese. The jokes stemmed from […] 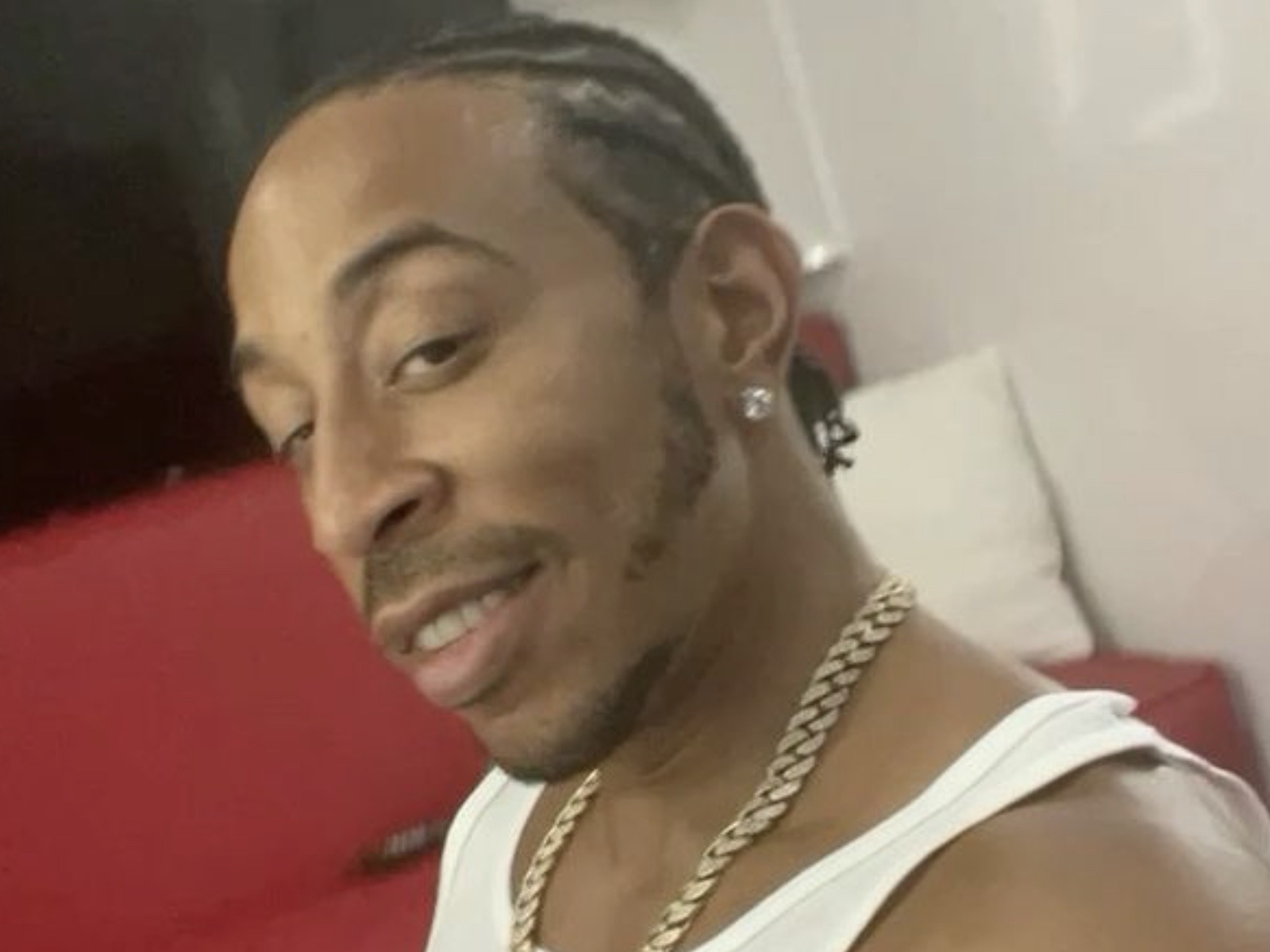 Grammy-winning rapper Ludacris just can’t age. The hip-hop veteran has lit up social media with a jaw-dropping clip of himself looking the same way he appeared in the early 2000’s. Ludacris Returns To Vintage Look Despite Luda being in his 40’s, the happily married rap star shared new footage of himself looking like he legit […] 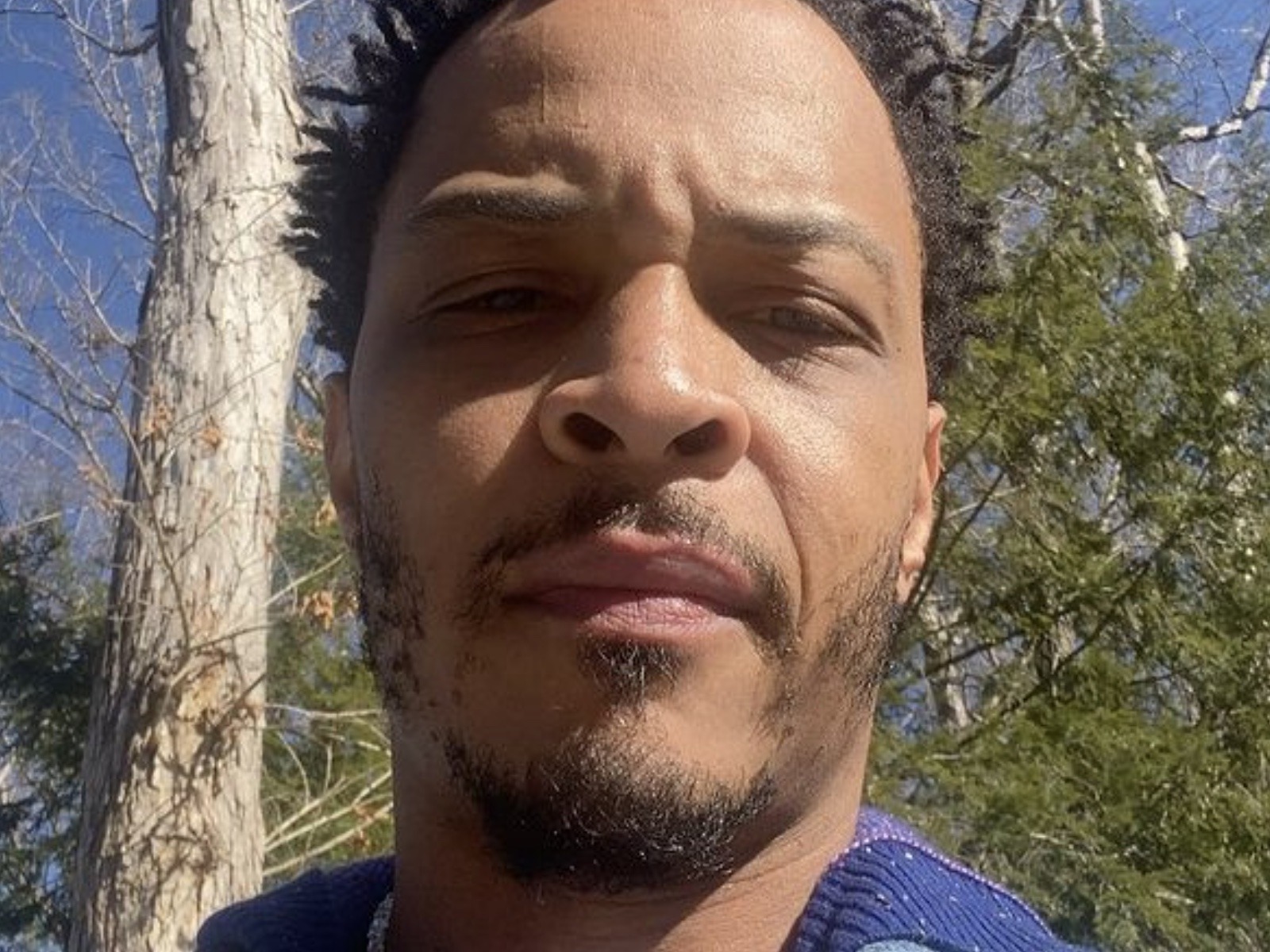 Grammy-winning rapper T.I. is ready to support the late DMX when his posthumous Exodus album drops. The King of the South has stepped up to plug the upcoming must-hear project. T.I. Can’t Wait To Hear X’s LP Tip went to his Instagram page to share the LP’s tracklisting. The Georgia native also saluted iconic Ruff […]

Kansas City emcee, singer & songwriter Krizz Kaliko has been with Strange Music ever since it’s formation a little over 20 years ago. But earlier tonight during a virtual concert event entitled “The Reveal”, it was announced that he was amicably departing the Snake & Bat in order start up a label of his own Ear House Inc. alongside his wife Crystal. From all of us over here at UndergroundHipHopBlog.Com, we would like to congratulate Kali on this new endeavor of his & are very much looking forward to the next chapter of his illustrious career.