Konfident connects with Dj Masta C and J-Ro of Tha Alkaholiks for the new single and official video for, “Self Hate”.

Massillon, Ohio native Stalley is back with new heat just in time for the summer. Following up his “Cake” EP, which dropped at the top of the year, the Blue Collar Gang capo is serving up a new single titled “Oranges In June.” This smooth-ass joint celebrates the traditions and highlights of the hot season, while also boasting of Stalley’s accomplishments and position in the game. The cut is produced by Black Diamond.

RZA has officially unveiled a new single “Saturday Afternoon Kung Fu Theater”, the first release from his forthcoming album: RZA vs Bobby Digital. The project is due out later this summer and will be executively produced by DJ Scratch. The album sees RZA sparring with his alter ego Bobby Digital, trading lyrical punches track by track over some classic 90s boom-bap production ripe with kung fu movie samples.

RZA first conceived of the album during the early months of quarantine last year. Embracing some time off from his immensely busy work schedule, RZA was keen to sharpen his lyrical sword and reached out to DJ Scratch to supply him with some beats. Before long, RZA had conceptualized a new solo album: RZA vs Bobby Digital, a much anticipated battle between RZA’s peaceful, contemplative self and his more aggressive, womanizing alter-ego Bobby Digital. The end result is a cinematic audio odyssey, in which he modulates between personas and emotions, capturing the bipolar tendencies of the human mind while encapsulating the dramatic past year that we’ve all experienced.

With Scratch exclusively producing the album, RZA was able to fully focus on his first love, MCing, a refreshing notion considering RZA’s prominent production presence on the majority of projects he’s worked on. RZA explains:

“Lyrically the hip-hop part of me had a chance to re-emerge during quarantine. Giving Scratch the reins as a producer and me taking the reins as an MC, that’s what frees me up creatively and lets me play more with lyrical gags and lyrical flows because I don’t have to be focused on everything. He (Scratch) delivered tracks that resonated and brought me back to a sound that I felt was missing. For me it was really natural for me to flow and write to these songs”

Despite having never worked together in an official capacity, RZA and Scratch have long admired each other’s work; in fact Scratch actually produced an instrumental album “If The Wu Was Here”, inspired by RZA’s production.

Earlier this month, RZA teased Saturday Afternoon Kung Fu Theater during a digital screening of Five Deadly Venoms on 36 Cinema, a live-commentary digital film screening platform that he launched during the pandemic. Saturday Afternoon Kung Fu Theater alludes to RZA’s weekly routine of watching martial arts flicks with his cousin ODB during their adolescence in New York City. The screenings and the album are explicitly linked, and 36 Chambers will be releasing further albums tied to 36 Cinema screenings throughout the summer.

RZA vs Bobby Digital is slated to drop August 6th. RZA also recently released Pugilism, a single from another solo project also scheduled for a 2021 release; so stay tuned for further updates on both projects.

This track “revolutionary” is a single from L.A. Project Blowdian Mister CR off his “Reputable” project produced and arranged by All City Jimmy.

Brent Faiyaz is back and he’s brought Drake.

The R&B crooner enlists the 6 God for his summer-ready single “Wasting Time,” produced by none other than The Neptunes’ Chad Hugo and Pharrell, who also inspired the animated cover art.

The Certified Lover Boy turns on the charm while referencing “The Queen’s Gambit” (“New piece around my neck is chess games, ’cause shawty stay with calculated moves like Beth Harmon”), Prince (“Swear I’m more ‘Purple Rain’ Prince than Prince Charming”), and Aaliyah (“Only time I play the ‘Back & Forth’ is Aaliyah record”).

“Wasting Time” follows Brent’s previous single “Show U Off,” which dropped in honor of Women’s History Month in March.

Drake, who recently collaborated with Migos, Nicki Minaj, and Young Thug, is readying his long-awaited album Certified Lover Boy for release by the end of summer.

Tyler, the Creator celebrated the release of his new album Call Me If You Get Lost by copping a shiny new chain.

The diamond-studded pendant, inspired by Tyler’s alter ego Tyler Baudelaire, features a gold bellhop carrying two pink suitcases. According to TMZ, the necklace cost a whopping $500,000, with more than 186 carats in diamonds, 60 carats in sapphires, and 23,515 hand-set stones.

Tyler reached out to celebrity jeweler Alex Moss about seven months ago and gave him a reference for the chain and they worked on the design together. It took Alex four months to find the colored diamonds for it.

Tyler showed off his half-a-million-dollar accessory on the red carpet at Sunday’s BET Awards, where he performed “LUMBERJACK” for the first time.

The Grammy-winning rapper has a lot to celebrate. Call Me If You Get Lost, which features Lil Wayne, Pharrell, and Lil Uzi Vert, is expected to debut at No. 1 on next week’s Billboard 200 with 185,000 equivalent album units, his largest sales week yet. 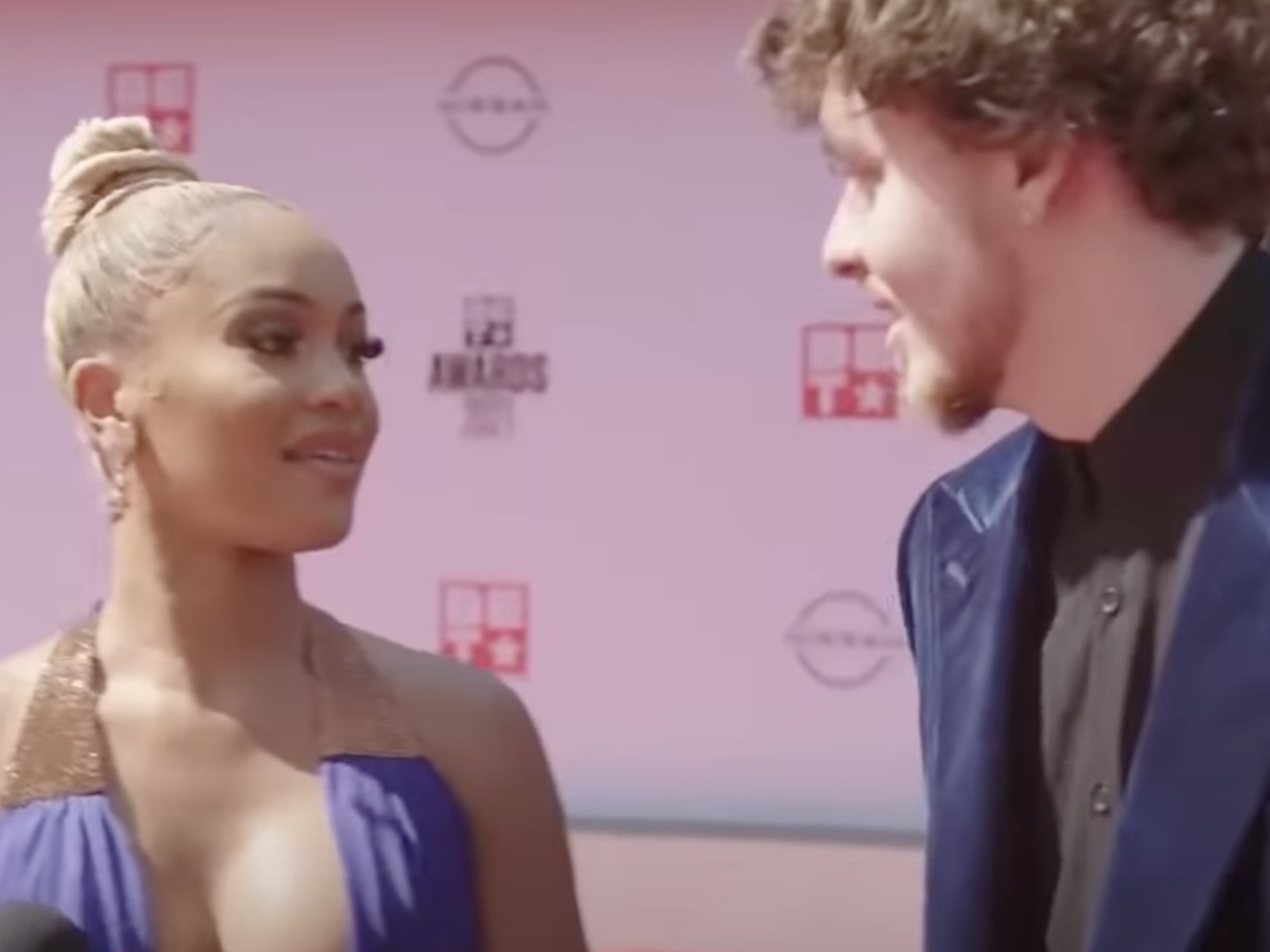 There won’t be any summer love for Jack Harlow and Saweetie in the immediate future. The Louisville native has put an immediate end to romance hype following their viral BET Awards run-in. The “WHATS POPPIN” rapper has addressed his priceless facial expression after locking eyes with the 27-year-old ex-girlfriend of Migos boss Quavo. Harlow downplayed […]

The post Saweetie + Jack Harlow Won’t Be Dating – Yet appeared first on SOHH.com. 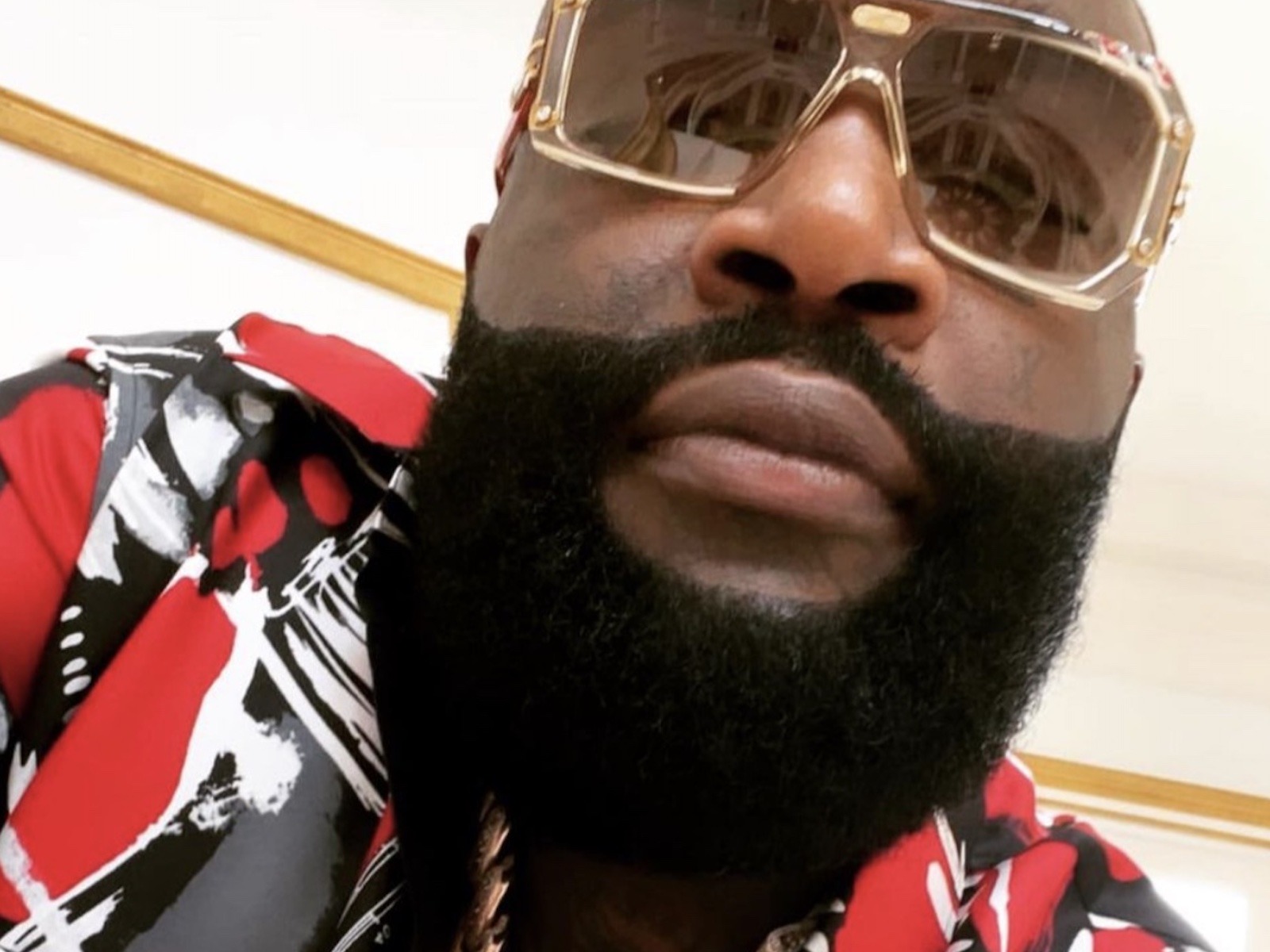 Maybach Music Group leader Rick Ross is really hustling, hustling in 2021. The hip-hop veteran goes to his reliable Instagram Story page to speak on his wealth and what’s his ultimate key to succeeding. Yung Renzel gives a quick peek at his massive stash of flashy vehicles ranging from luxury cars to trucks. Ricky Rozay […]