Soulja Boy wants all the smoke with Kanye West.

A day after putting him on blast for cutting his verse from DONDA, Soulja has proposed that they settle their beef in the boxing ring.

“Idk how to feel, Kanye sent me that song ‘remote control’ and I don’t hear my verse on it… hmm fuck that ni**a,” he tweeted after discovering that his verse didn’t make “Remote Control.”

He continued to take shots at Ye and even threatened to kick his ass. “On God. You a bitch @kanyewest and if u got a problem with what im saying I’ll knock u out my ni**a,” said Soulja.

On God. You a bitch @kanyewest and if u got a problem with what im saying I’ll knock u out my nigga

On Tuesday, he took things a step further by challenging Ye to a boxing match. “I wanna fight. Do u know how to fight?” tweeted Soulja. “@kanyewest I feel like u a hoe. Let’s get in the ring?”

I wanna fight. Do u know how to fight? @kanyewest I feel like u a hoe. Let’s get in the ring?

During his anti-Ye rant, Soulja tried to shoot his shot with Kim Kardashian and claimed that Kanye removed him from his 2008 song “RoboCop.” “I hate working with this dude. He needs help seriously,” he added.

He also shared the verse he recorded for “Remote Control” that didn’t make DONDA.

While Soulja tries to get in the ring with Ye, Aaron Carter recently challenged him to a fight, and Soulja isn’t backing down. “Boy, I’ll beat the candy out your pockets,” he told the pop star. 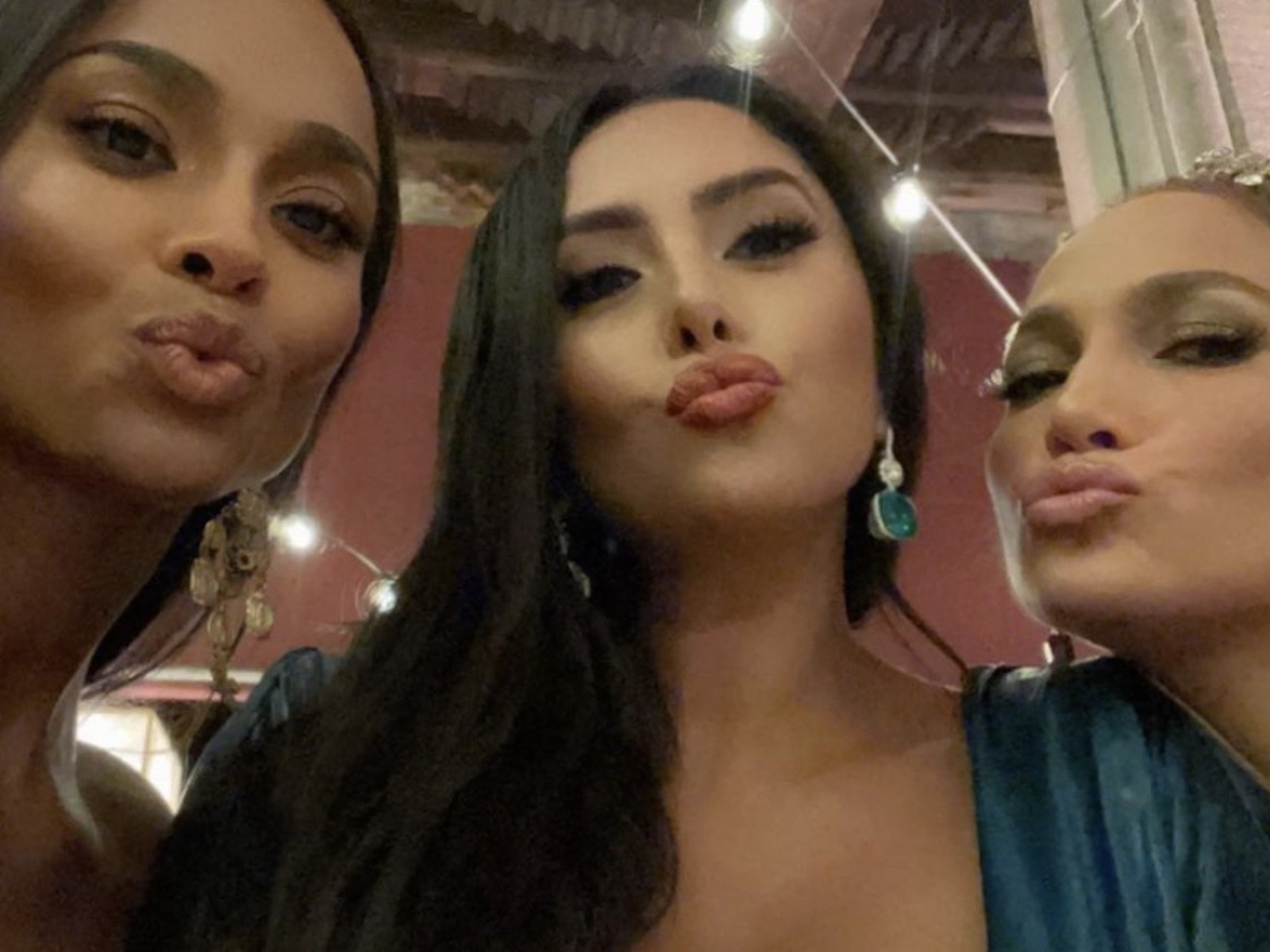 Iconic singer and model Ciara shuts down the Dolce and Gabbana fashion show in Italy in three stunning pics. One thing about Ciara she is always going to show up and show out! As her caption says she’s in “Alta Moda in Venice” and she did just that. She is absolutely stunning in these three […]

In honor of his birthday on Tuesday, his mother shared a new photo of the couple’s son, who bears a striking resemblance to his late father. Kross paid tribute to his dad by wearing a pendant with his face on it while striking a pose.

London also penned a touching tribute to her baby boy. “Kross The Boss!” she wrote in her Instagram caption. “My baby is 5. My Lighthouse My Strength Love.”

Kross, who London calls “Baby Hussle,” was born Aug. 31, 2016. When he was born, Nipsey shared a black-and-white photo of the newborn holding his mother’s hand.

London passed on taking a role in the FX series “Snowfall” in order to have her son. “Lauren was handpicked by John Singleton to do ‘Snowfall.’ She read, got the part, shot the pilot…did stunts…this was her dream role,” Nipsey told GQ in a 2019 interview. “And then she got pregnant with our son. That was a really hard decision for her to make.”

“It was the toughest decision of my career by far,” added London. “Do I choose my soul or myself? I went with my soul.”

Nipsey remained supportive of her decision. “I didn’t put any pressure on her for whatever decision she wanted to make,” he said. “I learned then that what she believes in, she really believes in.”

London also shares a 12-year-old son with Lil Wayne, Kameron, while Nipsey has a 13-year-old daughter, Emani, from his relationship with Tanisha Foster.

London can be seen in the new trailer for ATL 2. She reprises her role as Erin “New New” Garnett in the sequel to the 2006 movie, which also stars T.I., Jackie Long, Jason Weaver, and Evan Ross.

The Chicago-based duo of A.M. Early Morning & Nightwalker give another taste of their forthcoming EP, L.N.E.M. IIIwith their latest leak, “Dusk Till Dawn.” Falling on the heels of their Eto featured single, “Late Night Early Mornings 3,” the pair are now joined by Allentown, PA veteran King Magnetic as all three emcees drop true-to-life bars that detail their underhanded lifestyles that take place one the sun goes down, with Nightwalker’s jarring production as the backdrop. “Dusk Till Dawn” is available now through all major DSPs and can be purchased for instant-grat off the Bandcamp and iTunes’ pre-order for L.N.E.M. III which is due out Sept 16 through their Late Night Music imprint. In addition to King Mag and Eto, the seven track EP also includes appearances by PozLyrix, Otis Ghost and Little Vic. 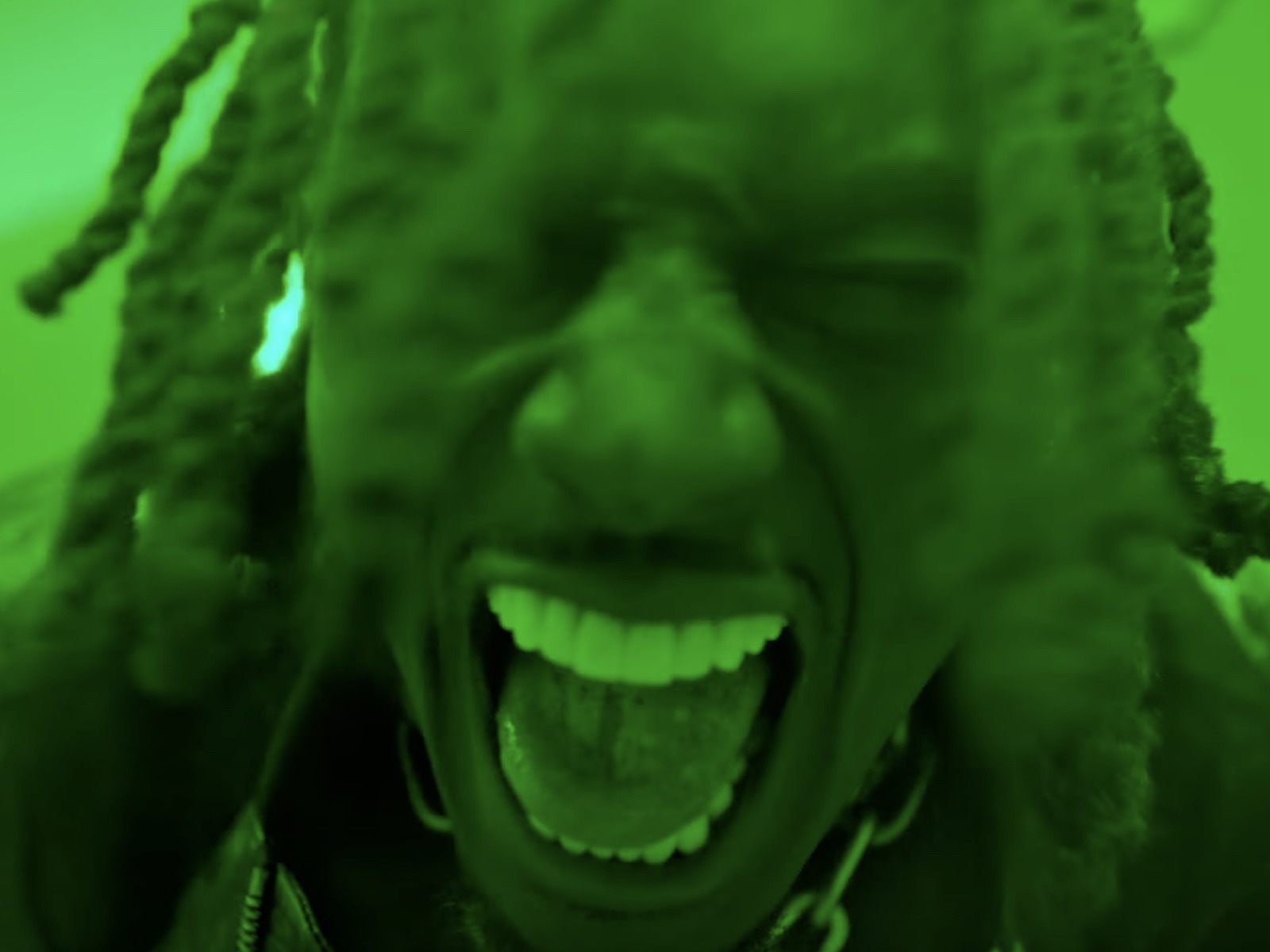 Atlanta rapper Playboi Carti is getting caught up in the new album hype. Following big announcements by Lil Nas X and Drake to drop studio efforts next month, the Georgia native joins the party with his NARCISSIST LP set to arrive in the coming weeks. Playboi Carti Grabs The Face Mask To Announce New LP […] 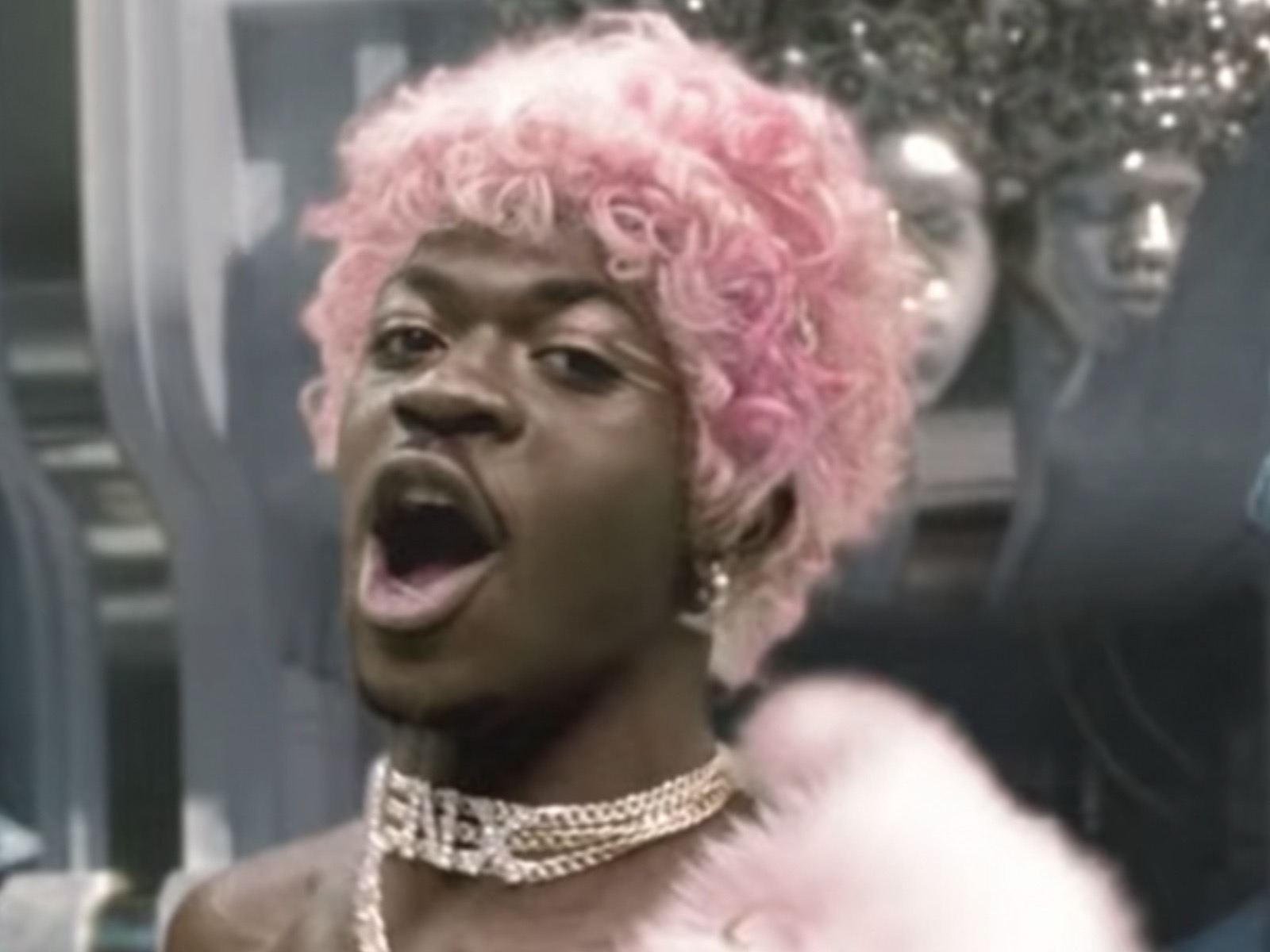 The Savage Mode rapper has sang along to many R&B classics, from Beyoncé to Lauryn Hill to Jhené Aiko, and even shared his viral karaoke sessions with fans on Instagram Live.

During an interview with the “Million Dollaz Worth of Game” podcast, he revealed his top 5 R&B artists of all time.

The list, in no particular order, includes Mary J. Blige, Usher, Keith Sweat, Aaliyah, and Avant. “I ain’t gonna lie, I f**k with Avant,” Savage said of the “Read Your Mind” crooner. “Avant got them motherfu**ers.”

In 2019, Savage shared his top 5 rappers including JAY-Z, The Notorious B.I.G., Young Nudy, and Nipsey Hussle.

Watch 21’s hilarious rendition of Beyoncé’s “Me, Myself, and I” below.

DaBaby is doing the work.

In the wake of his homophobic comments at Rolling Loud, the embattled rapper had a virtual, private meeting with nine HIV awareness organizations during which he apologized for his “inaccurate and hurtful comments.”

According to a press release, on Aug. 25, DaBaby met with representatives from groups including Black AIDS Institute, GLAAD, National Minority AIDS Council, Southern AIDS Coalition, and Transinclusive Group “to discuss HIV facts and share personal stories of living and thriving with HIV.”

The organizations called for a meeting with DaBaby in an open letter on Aug. 4 and he “affirmatively responded.”

“The open letter to DaBaby was our way to extend him the same grace each of us would hope for,” the organizations said in a statement Tuesday. “Our goal was to ‘call him in instead of calling him out.’ We believed that if he connected with Black leaders living with HIV that a space for community building and healing could be created. We are encouraged he swiftly answered our call and joined us in a meaningful dialogue and a thoughtful, educational meeting.

“During our meeting, DaBaby was genuinely engaged, apologized for the inaccurate and hurtful comments he made about people living with HIV, and received our personal stories and the truth about HIV and its impact on Black and LGBTQ communities with deep respect,” the statement continued. “We appreciate that he openly and eagerly participated in this forum of Black people living with HIV, which provided him an opportunity to learn and to receive accurate information.”

Today, DaBaby met with several members from Black HIV organizations after they wrote an open letter calling him out for his ignorant and harmful statements about HIV+ people. Hopefully he learned something and will ACTUALLY make amends in public.https://t.co/CqsOel1PXL pic.twitter.com/DTvebqByOk

Marnina Miller of the Southern AIDS Coalition commended DaBaby’s “willingness to listen, learn, and grow,” and was hopeful he “will use his platform to educate his fans and help end the epidemic.”

DaBaby previously apologized to the LGBTQ+ community for his offensive remarks, but the apology was later removed from his social media accounts. Many also questioned the sincerity of his apology, the latter of which came after he was pulled from several festival lineups including Lollapalooza, Day N Vegas, Governors Ball, and more.

In the wake of his controversy, DaBaby returned to the stage at Hot 97’s Summer Jam and made a surprise appearance at Kanye West’s DONDA listening party in Chicago. 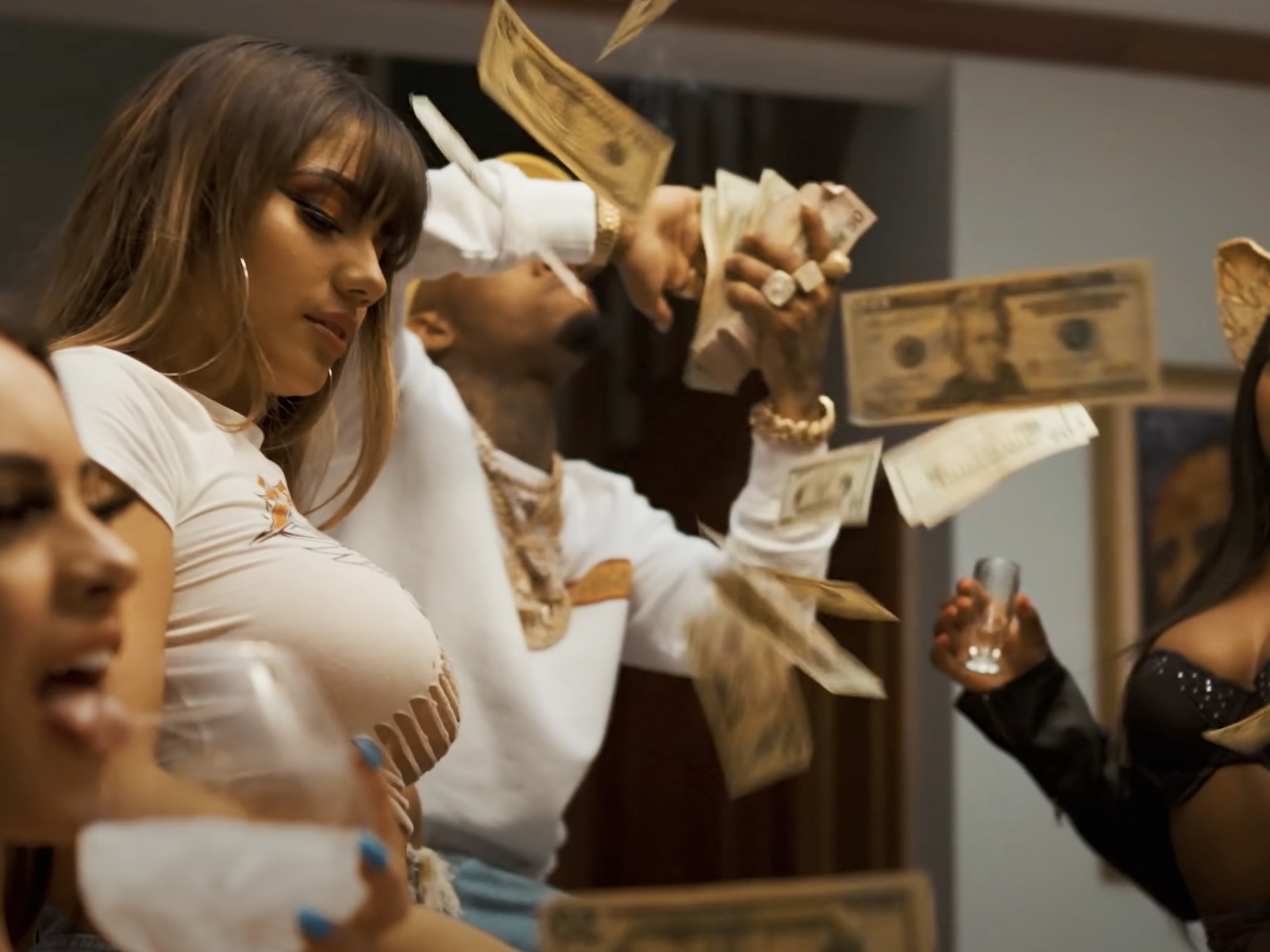 Donte The Gr8, member of Mood, drops this Talib Kweli diss track as commotion throughout the internet about Talib dissing Myka 9 of Project Blowed.