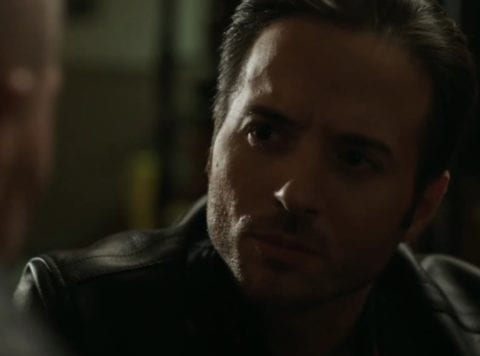 “Power” is making sure the series goes out with a bang. The popular STARZ series has ended the mystery behind key Italian mobster character Vincent Ragni’s fate following a bloody face-off against Tommy Egan on last Sunday’s broadcast. Look and comment below! 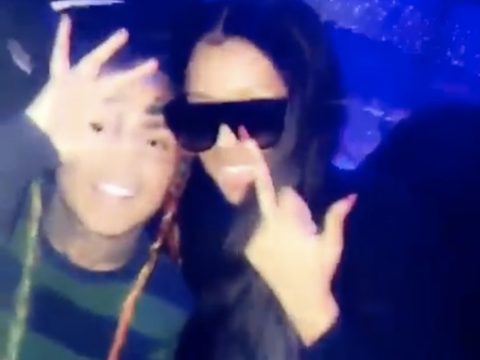 New York rapper Tekashi 6ix9ine knows how to make news from behind bars. A fresh prison pic has surfaced of the jailed rap entertainer alongside his girlfriend.

Big Facts: This week, a must-see pic emerged of 6ix9ine standing next to his publicized boo Jade.

Former Tekashi 6ix9ine manager Kifano “Shotti” Jordan has been sentenced to 15 years in prison after previously pleading guilty to one count of firearm possession during a crime and one count of firearm discharge during a crime, as the Southern District of New York confirms to Pitchfork. The charges stemmed from two separate incidents from April 2018, all of which also involved 6ix9ine. (Pitchfork)

Before You Go: According to reports, 6ix9ine will have to receive mental help and continue working with the feds once he’s released from prison as part of his plea agreement.

The rapper’s been ordered by the court to enroll in an outpatient mental health program once he’s free … according to new legal docs obtained by TMZ. In addition, 6ix9ine must continue to cooperate with the U.S. Attorney’s Office once he’s released from prison in any ongoing investigations where he might be useful. The court’s recommended Tekashi be placed in a correctional facility as close to New York City as possible — so his family can easily visit him. (TMZ) 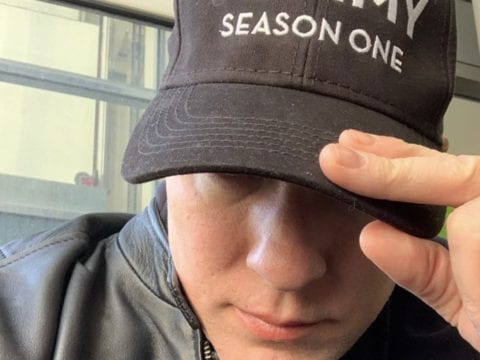 Hollywood actor Joseph Sikora is playing with “Power” fans’ emotions. Everyone’s favorite bad boy has teased the possibility of his Tommy Egan character possibly getting his own spin-off series. Look and comment below! 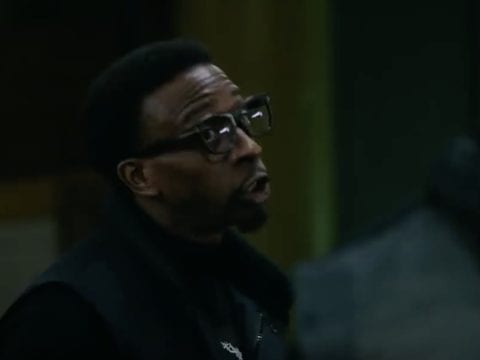 “Power” isn’t waiting around. The series has paid its respects to one of the show’s most underrated – and hilarious – characters with a must-see highlight clip. Watch and comment below! 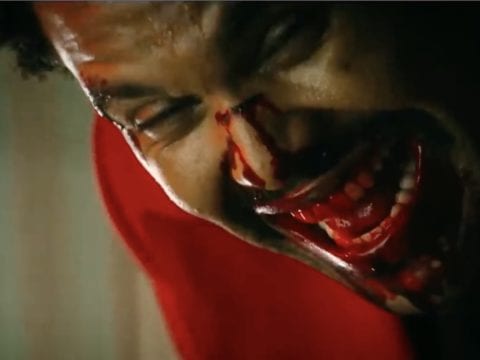 R&B singer The Weeknd is taking bloody to a whole new level. The popular crooner has come through with his vivid “Blinding Lights” music video premiere. Watch and comment!

The post Watch: The Weeknd Gets Bloody AF In New BLINDING LIGHTS Video appeared first on .

6ix9ine will remain behind bars.

A federal judge has denied the rapper’s motion to serve his 24 months under home confinement. On Tuesday, Judge Paul Engelmayer ruled that Tekashi must remain in jail for the remaining 10 months of his sentence.

“The Court’s determination was, and is, that a 24-month prison sentence is necessary in this case,” wrote Engelmayer. “A shorter sentence would disserve the assembled [factors], including that Mr. Hernandez’s sentence reflect the seriousness of his crimes.”

According to TMZ, Tekashi requested home confinement out of fear for his safety. He is concerned that he may be harmed by members of the Bloods, the same gang he testified against in order to receive a reduced sentence.

The judge acknowledged that the private jail where Tekashi remains doesn’t have the rehabilitative programs of other facilities, but said that granting his request would “eliminate the remaining prison component of his sentence in favor of lesser forms of confinement.”

Tekashi had been facing a minimum of 47 years behind bars on racketeering and firearm charges, which was reduced to two years. He has already served 14 months, which will count toward his sentence. Upon his release, he will be on supervised release for five years, and will have to complete 300 hours of community service and pay a $35,000 fine. 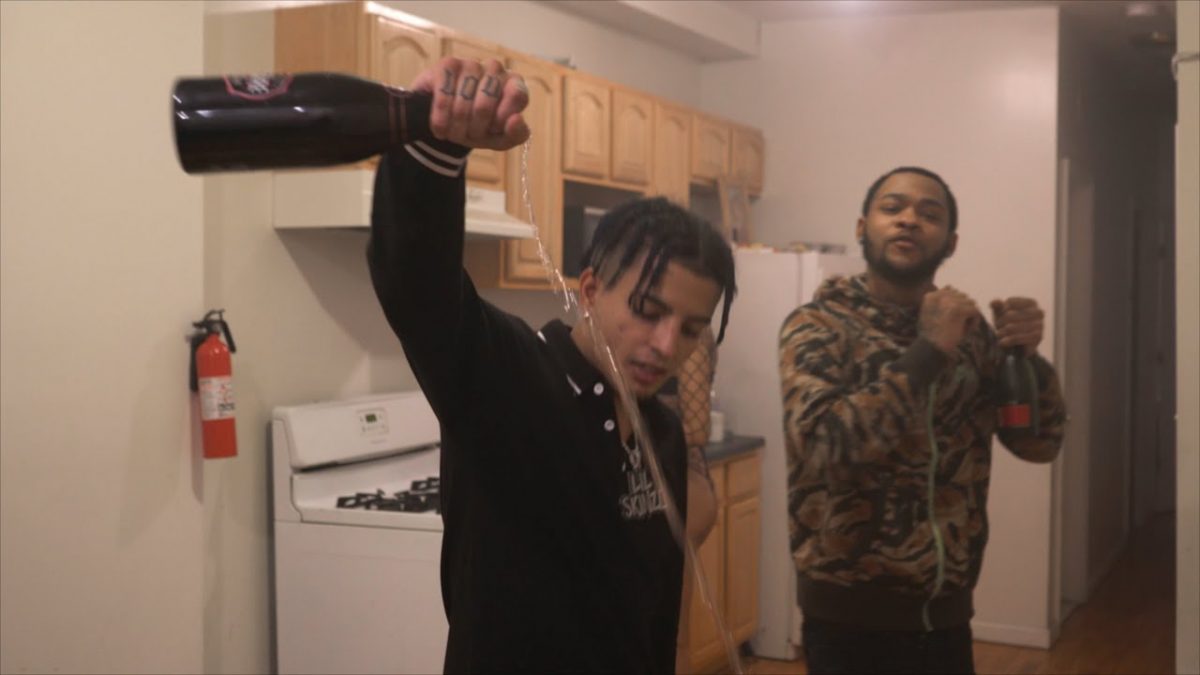 Shot in New Jersey, the new tag-team hit the trap and cook up some Lindsay Lohan on-and-off the strove. Throughout the visual, Skinny and Sadiddy bring the cars out, Bel-Aire and throw around blue faces as the dice rolls in the gritty street perspective. Nilladriz continues to shine bright with his artistic execution with minimal effort, showcasing just how talented he is as a director.

Nilladriz on the direction of “Big Boss”:

“Without treatment, it enables me to be more creative to take control of the video. Skinny trusts my vision and my ability in post-production, so we made what we had available work, and just had fun with this one.”

Swae Lee is throwing his hat in the ring.

The Rae Sremmurd crooner has expressed his desire to sing the national anthem at the Super Bowl. While speaking with TMZ, the “Unforgettable” hitmaker made his pitch to the NFL.

“To the NFL and all the highest up people, please, I would like to sing the next one,” said Swae, who performed an impromptu rendition from his car.

Swae will have to wait at least until next year though. Demi Lovato is set to perform “The Star Spangled Banner” at this year’s Super Bowl LIV in Miami on Feb. 2. “I know she gon’ kill it,” added Swae.

In the meantime, Swae has been working on his solo album and will perform his own set at Coachella in April. Last year, he dropped a pair of singles, “Sextasy” and “Won’t Be Late” featuring Drake.

Kimora Lee Simmons’s husband, Tim Leissner, was balling on a whole other level before scandal hit.

The former Goldman Sachs partner in Asia agreed to forfeit $43.7 million in 2018 over a guilty plea with the Department of Justice. Apparently, Leissner and his associates mismanaged $4.5 billion incorrectly.

Last week, his former employer set aside $1.09 billion during the final quarter of the year. According to Forbes, this settled $6.5 billion in loans to Malaysian development fund 1MDB.

Leissner profited illegally from the transaction.

Leissner broke U.S. bribery laws and pleaded guilty. As a result, he is barred by the Securities and Exchange Commission. The charges were initially filed in 2017.

Leissner and his accomplices managed the funds from 2009 to 2014 with more than $200 million going directly to him and an associate.

Ironically, the funds were used to purport a lavish rap music lifestyle. From luxury yachts to U.S. properties, art, and eventual bribes, Leissner was balling.

As a result, Goldman Sachs posted earnings per share down 22% from the previous year. The Malaysian government is also fining Goldman Sachs $7.5 billion for the drama.

With the sexual assault accusations against her ex-husband, Russell Simmons, Kimora is going through it with her relationships.

The post Kimora Lee Simmons Husband Breaking The Bank in Scandal appeared first on The Source.

Hip-Hop’s best will come together to honor Nipsey Hussle at the 2020 Grammy Awards.

On Tuesday, it was announced that the “Dedication” rapper would receive a star-studded tribute at the 62nd Grammy Awards. Joining DJ Khaled for the tribute is John Legend, Kirk Franklin, Roddy Ricch, Meek Mill and YG.