Donnie Menace is a 34 year old MC/producer from Stratford, Connecticut who emerged in 2008 off his debut mixtape The Threat & as the leader of the Nitebreed collective. Then came his full-length debut Wrath of a Menace a couple years later, which was followed up with his 2nd tape The Threat 2: Audio Sickness & his sophomore effort Bonded by Chaos. But considering that Russian-American horrorcore veteran Scum signed Donnie to Lyrikal Snuff Productionz & his mentor dropped the Blame Us collab effort with Smallz One last weekend, it was only right for him to deliver his highly anticipated LSP debut.

“Talk to the Boomstick” is an organ/boom bap infused opener mixing the wicked shit some some braggadocio whereas “Who Slashed Ya?” is a cool lil horrorcore rendition of the classic Biggie joint “Who Shot Ya?”. “Around Here” returns to the boom bap warning that you should’ve never popped up near his parts, but then the “Theatrikill” remix with J Reno & Lex the Hex Master has the same verses & a new instrumental from Donnie himself that lives up to the O.G.

Meanwhile on “Violating”, we have Donnie over some chilling production talking about people looking at him like he’s Satan himself just before the Nitebreed comes together for the dusty “Brude” to talk about how you’re gonna find out what really happens when titans clash. “Do You Hear Me Now?” ruggedly calls out his detractors, but then Scum tags along for the grotesque “I’m Choppin’ ‘Em Up” talking about dismembering bodies.

“Low Life” brings back the organs & dusty drums to look back on his success thus far while “Devil in Me” with Claas & Smallz One goes into trap territory confessing they don’t know how much longer they can hold their stress inside them. “The Executioner” gets in his storytelling bag with a hair-raising beat while the penultimate track “I’m a Creep” with by the Nitebreed & Dent 1 is a rowdier cut confessing they can no longer deny being creeps. As for the “Luv 2 Kill” remix with Mr. Grey & M.M.M.F.D., it’s a great closer & my favorite remix of the 2 throughout the album

LSP’s been making a whole lotta noise in the underground this year & the Nitebreed leader’s debut with the label proves that he fits right in with everyone else over there. The production is a step up from his last outing, Donnie himself sounds hungrier than he’s ever been & the performances from the just about every feature that he takes with him for the ride are on par too.

This is the 7th full-length album from Detroit emcee Ty Farris. Coming up under the name T-Flame, he was featured on a lot of projects throughout the mid-2000’s until the very end of the decade where he started to put out solo stuff at a prolific rate from Tyrant to Room 39. He just dropped his 3rd EP Moments of Mayhem back in March produced entirely by Italy’s very own Slim One & has decided to recruit Switzerland’s very own Sebb Bash for Fluorescent Mud.

“Bashing Heads” is a chaotic opener declaring himself as the main event & his opposition as the undercards whereas “Mental Tats” takes a morbid route talking about how this the meeting of the Gods. “Crown Us” works in some strings talking about how sometimes you lose battles before the crown comes & after “The Homie Van” interlude, “Where’s the Garbage Can?” lividly calls out anyone who wants to step up to him for being wack. Meanwhile on “Deadly Dialogue”, we have Ty over a wavy instrumental talking about being prepared for such leading into Estee Nack tagging along for the tense “That Simple” telling everyone in their path to face the music.

“Con Uno” solemnly talks about being one of the greatest to ever do it & the “Destinations” interlude, “Feed the Kids” has this incredible vocal sample addressing poverty while the song “Can’t Candy Coat It” atmospherically confesses he only writes what. The penultimate track “Condominium Crack Dealers” with Planet Asia incorporates some organs getting on their hustler shit & the horn-laced “Immortalized” finishes the album by talking about his legacy.

The more that Ty drops a new project, the further that he cements himself as one of the most consistent MCs in Detroit today & Fluorescent Mud is no exception of that. Sebb Bash whips up some of his best production yet & T-Flame’s gritty yet ear-grabbing bars pretty much exemplifies the point that he made during the last joint. Can’t wait for the 5th & final installment of the No Cosign, Just Cocaine series.

Diamond D is a 54 year old MC/producer from The Bronx, New York who came up as a mentor of Jazzy Jay. He would then form the D.I.T.C. collective alongside Lord Finesse & Showbiz in ‘92 only to put out his classic full-length debut Stunts, Blunts & Hip Hop shortly after. D went on to drop 4 more albums & a couple mixtapes of his own but now that it’s been a year & a half since Gotham gave us their acclaimed self-titled effort, he’s back in effect for a 6th album.

After the Chris Rock intro, the first song “Life’s What You Make It” is a symphonic opener to the album produced by Focus… talking about never saying your word’s your bond & breaking it whereas “Live My Life” takes a groovier approach encouraging to let him glow. Westside Gunn tags along for the guitar-driven “Faithful” getting in their mafioso bag leading into the title track bringing back the strings thanks to Nottz taking about feeling so free.

Meanwhile on “Godly”, we have Diamond D over some dusty drums & pianos confessing that’s exactly how he’s feeling just before Dre comes into the picture for the classy “Neva Settle” talks about keeping their eyes up & that they gotta get it. After the “Joe Crack” interlude, “Ouuu” mixes some lavish keyboards & a crooning vocal loop reminding that nothing can stop you as long as you listen to your heart prior to the synth-laced “Smoke Sumthin’” dedicating a banger to all the chiefers out there.

“The Wrong Thing” comes through with a more smoother aesthetic getting on the more romantic side of things, but then the Posdnuos-assisted “Flying High” delivers a charming banger about being the hardest. The song “The Man’s Swift” returns to the boom bap spitting some braggadocio while the penultimate track “The Scorn” with K.P. laces some horns talking about wanting the chicken & there isn’t any other like them. “Inertia” however serves as a mystical finisher saying all he honors is his balls & his word.

As much as I admired The Diam Piece & it’s sequel for primarily focusing on Diamond D’s production skills, I’d still recommend giving The Rear View a shot for those who missed hearing him on the mic. A couple weak features here & there, but the production is a lot more laid back with more slower tempos & the man himself sounds rejuvenated lyrically.

Boldy James & Nicholas Craven come back together a month after ”Death & Taxes” for the new single ”Power Nap”.

Connecticut veteran Apathy kicks off the rollout for his Stu Bangas-produced 8th album King of Gods in the form of the Jadakiss-assisted lead single ”No Time to Waste”.

An OG in the Los Angeles rap game with a catalog stretching 20 years Krazy Race is back with a new album “Stories To Tell“, probably one of his most potent projects to date. Watch the official video for “The Craft” above off the new project.

Oxnard’s very own Mark 4ord is back this time reppin/ the West in his new video premier “Steppin in the West” featuring fellow lyricist Pok Dogg. 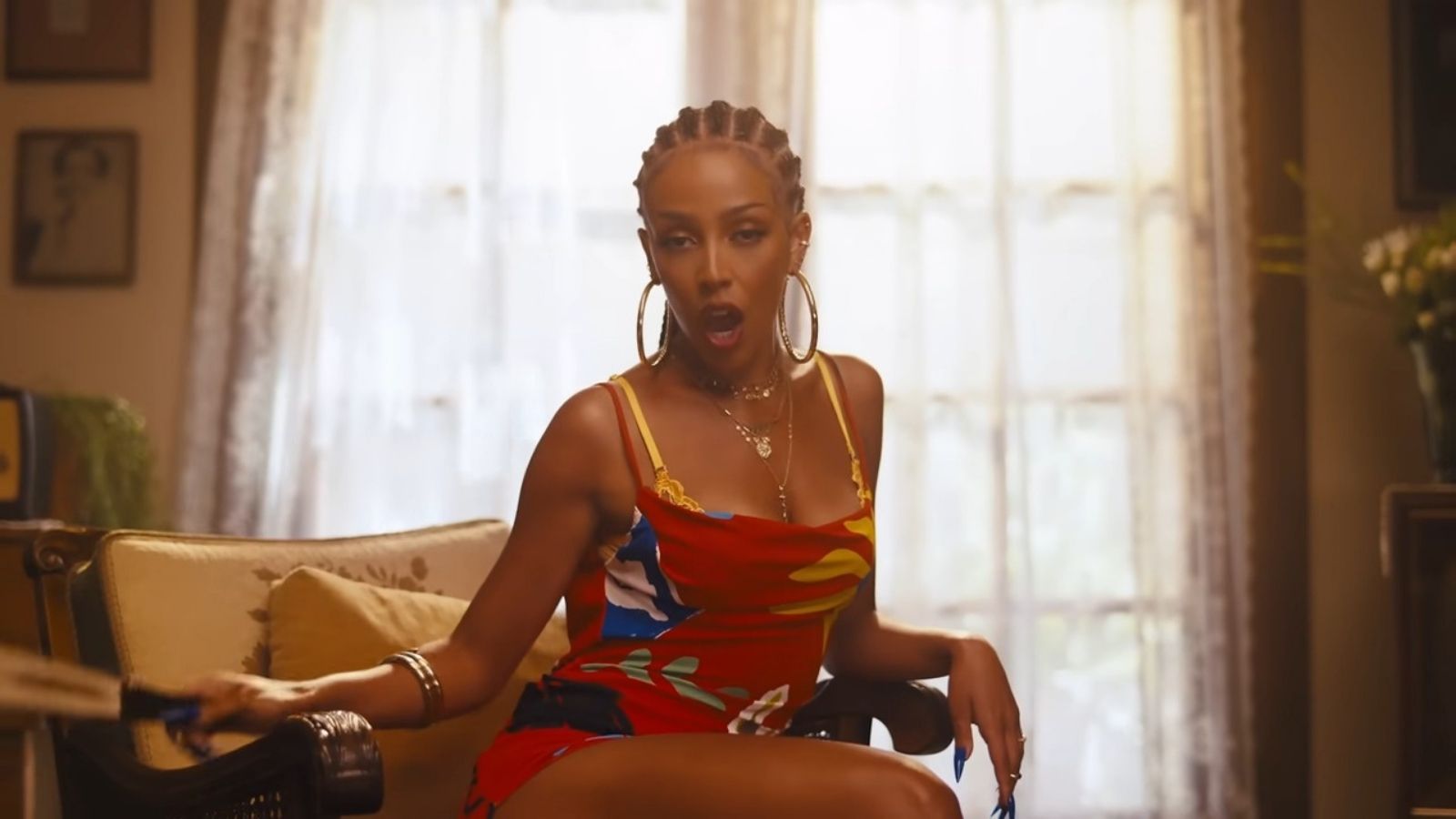 Doja Cat just announced her new clothing line is coming soon. Fans cannot wait for the release. The “Vegas” artist took to Twitter to grace fans with an exciting announcement.  The chart-topping Queen is taking on a new business venture.  “Its Giving” clothing store is coming soon. The pop star dropped the official website where […]

The post Doja Cat Is Ready To “Give What Needs To Be Gave” With Upcoming Clothing Line appeared first on SOHH.com. 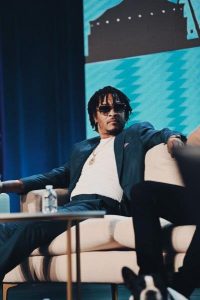 T.I. recently confirmed that he indeed hit a Andrew Taggert, a member of the Chainsmokers, when he tried to kiss him.

“Love The Chainsmokers, they make great music, you know,” T.I. said in a video posted to his IG. “It’s really not much more to the story that you’ve already heard.”

He added: “I think the most important thing to take away is afterward, we had a drink, we took a shot, and we moved on, you know? Loving the party, having a good time.”

T.I. even said he’s still a fan of the group and wants to invite them on an episode of ExpediTIously. Minus the kissing of course.

The Chainsmokers had posted a TikTok earlier this week called “When meeting T.I. goes wrong.” In the video, Chainsmokers member, Andrew Taggert could be seen hanging out with T.I. in the video one moment, then the next he’s in a car saying how he got punched by T.I.

“T.I. just literally punched me in the face,” he said as the other group members laughed in the background. “We’re in a vibe and I, like, gave him a kiss on the cheek — it was totally my fault.”

The post T.I. Confirms He Hit A Chainsmokers Member For Kissing Him appeared first on The Source.