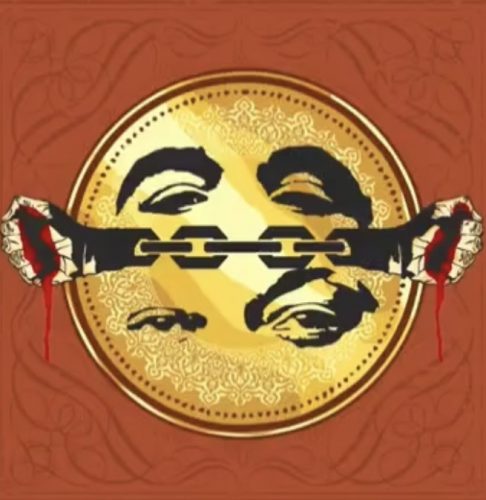 This is the latest full-length album from Fresno veteran Planet Asia. Starting off as a member of the duo Cali Agents, he would go on to have a very successful solo career & has made a lengthy yet consistent discography for himself. Including albums such as The Grand Opening, The Medicine, Pain Language, Abrasions & Anchovies. And to kick off his 2020, Rochester’s very own 38 Spesh is being enlisted to produce Trust the Chain in it’s entirety.

The album kicks off with “Body After Body”, where Asia reclaims his prowess over a triumphant beat. The next song “Resurrect Pharaohs” with The Musalini sees the 2 talking about how superior they are to their opponents over a suspenseful beat while the track “Mystery School” talks about running the game over a colorful soul sample. The song “God Degree” is filled with knowledge backed by an atmospheric beat & while the track “Passport Player” has some dope mob-bars over a boom bap beat with a luxurious piano lead, the hook is horrendous.

The song “Snake Charmer” talks about pushing drugs over a prominently icy flute lead while the track “Learned from OGs” with Elcamino & Fred the Godson sees the 3 showing love to those who came before them over a boom bap beat with an incredible orchestral loop. The song “Tec & a Mink” talks about how hard it is to be a good dude over a melancholic instrumental while the penultimate track “Juggernauts” talks about his crew shining over a victorious beat. The album finishes off with “Wintertime”, where Asia reflects on his childhood over a euphoric instrumental.

Personally, I find this to be one of Planet Asia’s best efforts yet. Could’ve been a bit longer as it only only runs for a half hour but in that short amount of time, he quickly reminds us of his place in the culture as a west coast legend with a ferocious pen-game & 38 Spesh backing him up with some very rich & grand production. 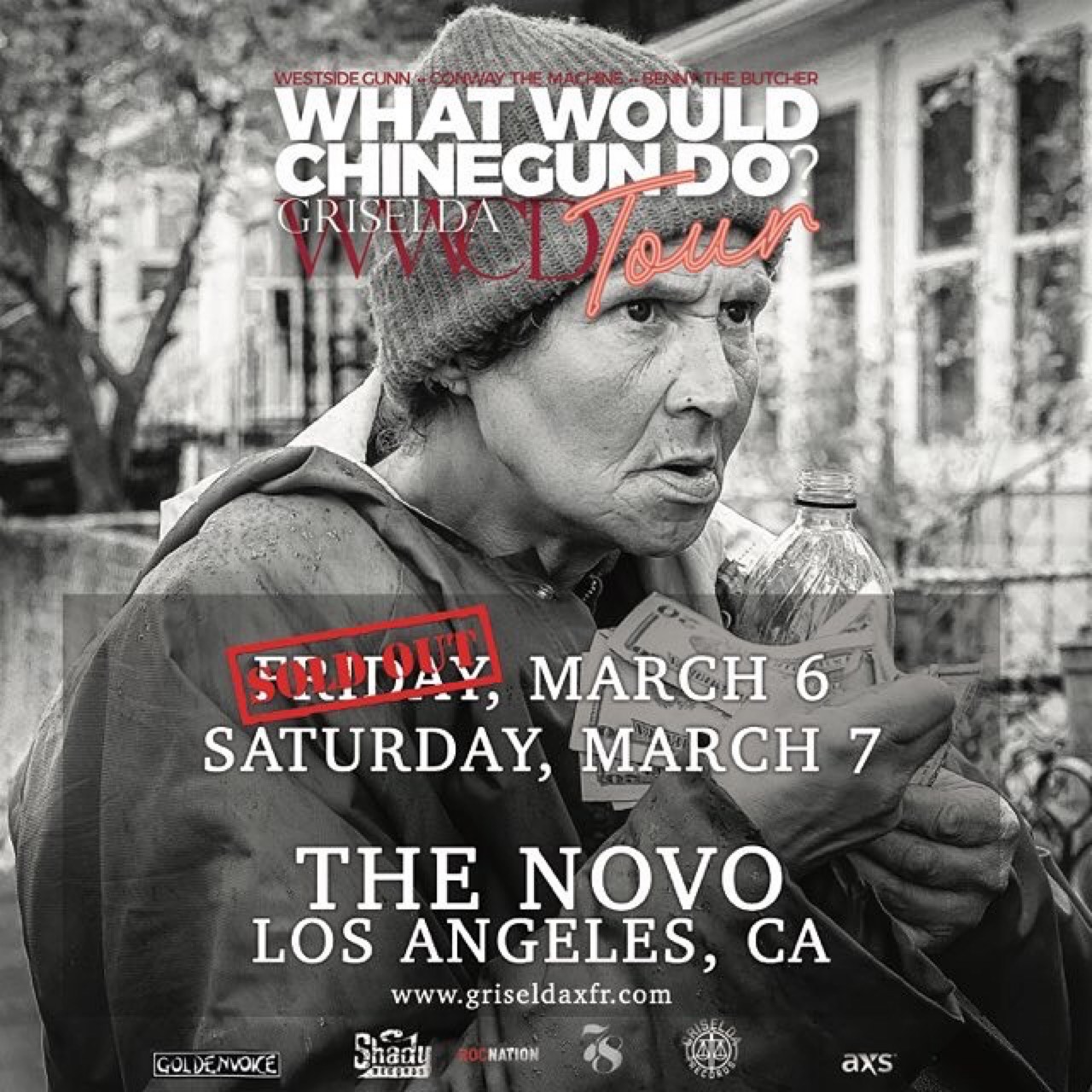 Griselda is a hardcore hip hop trio from Buffalo, consisting of Westside Gunn, Conway the Machine & Benny the Butcher.  All 3 of whom have made names for themselves throughout the later half of this decade with modern East Coast classics like FLYGOD, Supreme Blientele, Reject 2, G.O.A.T. (Grimiest Of All-Time), Tana Talk 3 & The Plugs I Met. Now despite all those projects being put out independently under Griselda Records, the trio have seen fit to team up with Shady Records & make their collective debut album WWCD their inaugural release on a major label.

As he gears up for his new project, Swae Lee delivers his latest single “Someone Said.” On the melodic track, produced by Mike WiLL Made-It, the other half of Rae Sremmurd shows out with his syrupy rhymes while reprising his catchphrase, which he popularized on Travis Scott’s “Sicko Mode.”

“You lookin’ just like my appetizer / I’m dressin’ fresh out of advertisement,” boasts Swae.

Earlier this month, he dropped his surprise track “Back 2 Back Maybach,” which followed last year’s “Sextasy” and the Drake-assisted “Won’t Be Late.” Swae recently collaborated with Arizona Zervas on the remix to “Roxanne” and will perform at Coachella in April.

After working with everyone from DaBaby to Drake, the Atlanta rapper is ready to lay claim to 2020 with his new album My Turn.

In addition to the singles “Sum 2 Prove” and platinum-certified “Woah,” the 20 tracks include appearances from Lil Wayne, Lil Uzi Vert, Young Thug, Future, Gunna, and Moneybagg Yo, with production by Tay Keith, DJ Paul, Quay Global, and Twysted Genius. The Hit-Boy-produced “Catch the Sun” off last year’s Queen & Slim: The Soundtrack is also included.

The album, which Baby calls “my best work to date,” follows 2018’s Street Gossip. The prolific MC, whose songs have been streamed more than 11 billion times globally, doesn’t plan on stopping. He is readying his Lamborghini Boys mixtape and is collaborating with Future, Gunna, and Young Thug on a sequel to 2017’s Super Slimey.

Stream My Turn below. 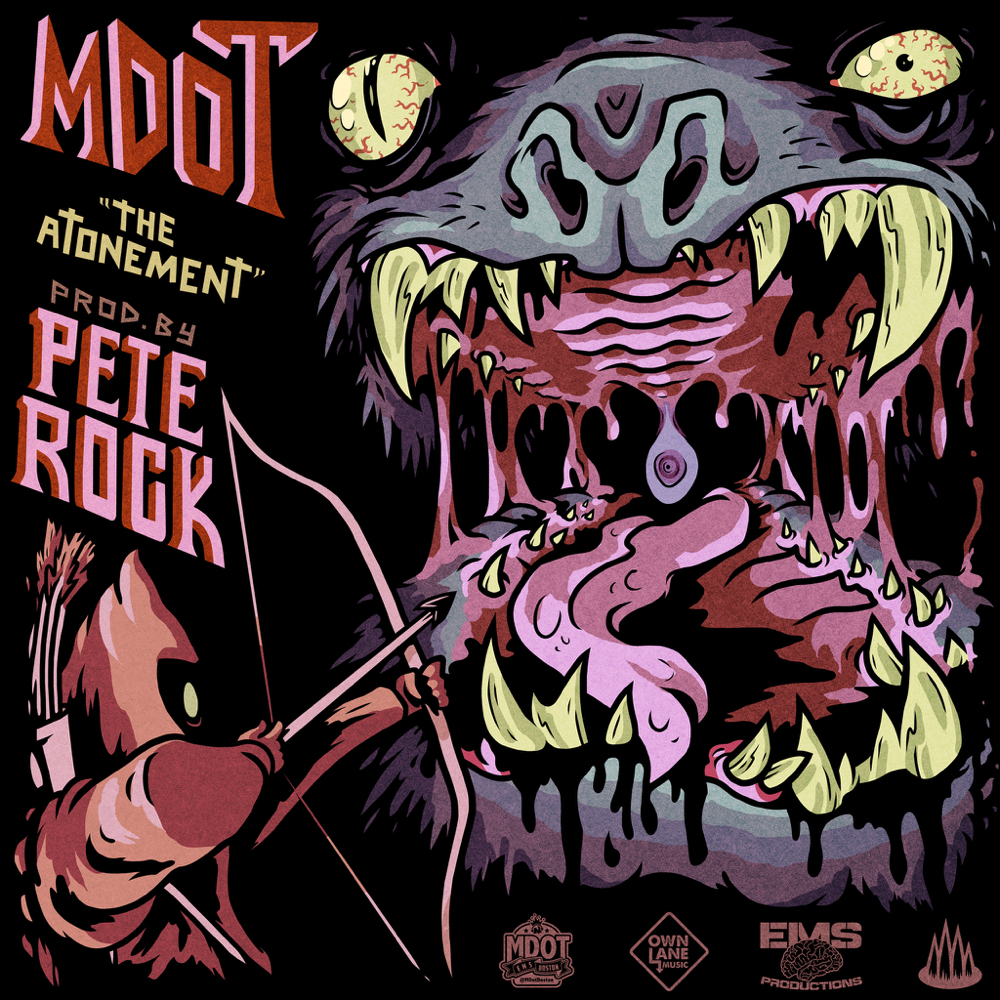 Boston native M-Dot prepares listeners with the project’s debut leak titled “The Atonement“, a fiery collaboration produced by none other than legendary producer Pete Rock. In addition to Pete Rock, egO anD The eneMy 2 boasts production and guest appearances from the likes of Erick Sermon, Apollo Brown, !llmind, M-Phazes, Method Man, Willie The Kid, Vast Aire, and more.  The single is available now through all major digital retailers and streaming platforms through his Own Lane Music imprint.  Keep an eye out for more content off egO 2 coming soon, and be sure to peep his upcoming European tour dates below which kicks off in Friday, March 06 in Switzerland with The Beatnuts! 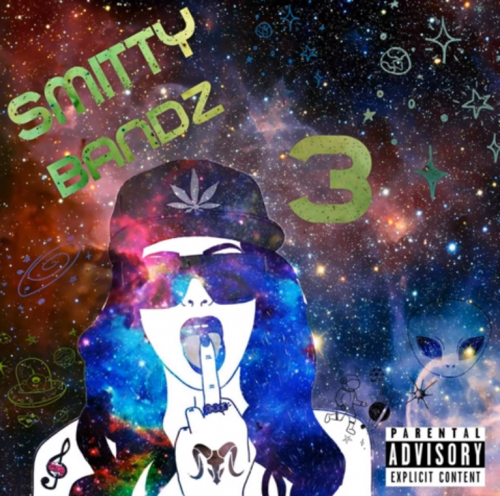 Atlanta based rapper, Smitty Bandz, has been releasing music for a couple years now, five in fact, based on the quick little bit of digging I did on Soundcloud and Spotify. His latest release, an album titled “3,” is an easy going project seemingly meant for the listener to soak in casually.

If you aren’t one who minds spoilers, I’ll tell you now; this album is okay. It isn’t exactly bad, but there are too many things that, in my opinion, keep it from being good. For instance, the very first song, “No Fear,” has absolutely no build up to it. The beat cuts in, and Smitty is rapping immediately at the 0.02 second mark. You can’t say that it’s the wrong way to open an album, but at the same time, in most cases, even when a rapper chooses to start on the first beat, there is some sort of space in between the start of the track and the actual song. There’s this buffer period that allows listeners to kind of prepare themselves and settle in first, but that’s not the case in “No Fear.” I know this is a very minor thing to discredit an album for, but I bring it up because that was my first impression of the project and it set the tone for the rest of my listening experience.

Moving on to a more broad topic of discussion, the lyricism is kind of hit or miss for me. A lot of it comes down to personal preference, so take this with a grain of salt, but personally, I prefer when artists have coherent lyrics that tell a story or stick to a theme. In the vast majority of the songs on the track, there seems to be no real correlation between the verses and the choruses. Smitty is just rapping to rap (which again, isn’t bad, it’s just a matter of preference). However, all of his choruses are just a couple lines put on repeat for two to four bars, and the rhymes in his verses tend to lean on the same couple syllables in each song. The last thing to mention is that he sometimes takes the “easy way out” and repeats one or two words at the end of each line to mimic a multisyllabic rhyme without having to actually write any.

The production isn’t bad, it just feels uninspired and a little lazy. Some of the beats are really good, my favorite being “Baby Food,” and some are just average. They kind of all take the exact same formula and duplicate it with minor tweaks. Take a four note melody, often from a keyboard, loop it, and then two bars in, toss some hi hats, heavy kicks, and maybe a tom or two with some sort of sound effect, and you’ve got your instrumental. On top of that, every now and then the mixing between vocals and instrumental is a little bit off like it is in “Shake and Bake.”

This seems like a largely negative review so far, and I guess it is. However, I can absolutely see some people really enjoying the style that Smitty Bandz has to offer. I’d equate him to a slowed down version of DaBaby. He’s got room for growth, but also I wouldn’t be surprised to see him grow an audience as he is now, so although I can’t say his music is for me, there’s always a chance that “Baby Food” is the next banger you put on your workout playlist and you can enjoy his other music from there. 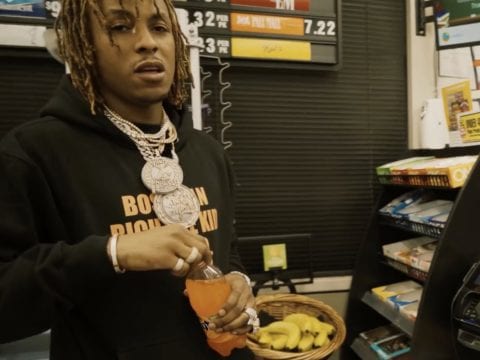 Atlanta rapper Rich The Kid couldn’t resist – the hip-hop star had to release the visual to his new “Orange Soda” freestyle. This week, the Southern hip-hop artist went online with the banger’s official video.

Big Facts: On Thursday, Rich came through for fans with the 48-second clip.

Wait, There’s More: Recently, Rich went to Instagram to share a couple NSFW shots of himself and fiancée turning up in an adults-only spot.

Before You Go: In December 2019, Rich and Tori went online to reflect on their headline-generating engagement announcement. 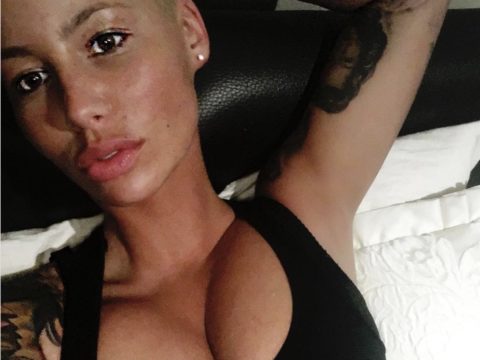 Big Facts: On Thursday, Muva Rose hit up her Instagram page with the priceless shot rocking a Playboy hoody and hanging out with MC.

High-Key Details: Recently, Rose went to her Instagram page with a slideshow of epic moments reunited with ex-husband Wiz Khalifa and standing alongside her current bae Alexander ‘AE’ Edwards.

Wait, There’s More: A few nights prior, Amber addressed anyone and everyone having issues with a new head tattoo in honor of her sons.

Before You Go: In mid-February 2020, Rose shared shots of herself donning the new tattoos of her sons’ names.

The post Amber Rose Shares Epic Moment Hanging Out W/ Mariah Carey: “One Is Talented + The Other One Is A H*e” appeared first on .

The 17-year-old actress has filed a restraining order against the rapper following her recent death threat, reports TMZ.

Bhad Bhabie aka Danielle Bregoli went on Instagram this week to call out Jackson, who she claims blocked her on social media but created fake pages to diss her. “She’s movin’ sneaky, bro. Don’t go post about me on your fake page, bitch,” said Bhabie before threatening her. “Bitch, I’ll kill you! I’ll really kill you!”

Their beef seemingly resulted from Bhabie hanging out with 20-year-old rapper YoungBoy Never Broke Again. “You don’t even know if I’m talking to dude or not,” said Bhabie.

Jackson filed the restraining order in Los Angeles on Thursday. It’s unclear if the judge has approved the order.

Earlier this week, Skai addressed the drama by tweeting a list of her accomplishments. “No time 4 negatives!” she added.

Working on speech for Ted Talk