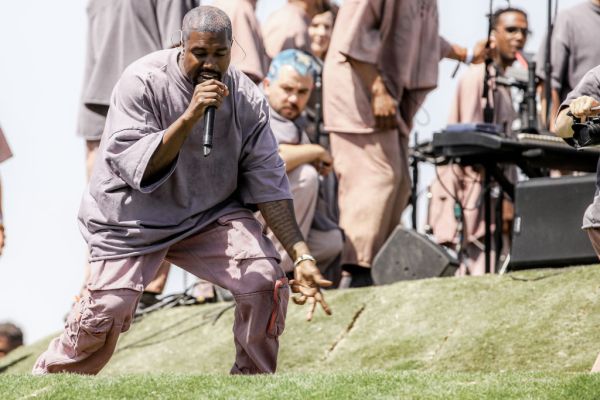 The 2018 release of Kanye West‘s promised Yandhi album came and went, much like the hyped release of his Hip-Hop and gospel hybrid project, Jesus Is King. On Tuesday (October 1),  Yandhi was uploaded to iTunes as a series of ringtones although it is well understood that this is an unofficial leak of sorts.

Kanye West may have scrapped his Yandhi album in favor of Jesus is King, but someone isn’t let it go down without a fight. Snippets of the rapper’s leaked project have been available on the iTunes ringtone store since early September, uploaded by an unknown entity listing “ENZO Label” as the copyright holder. The eight tracks that are currently available all leaked online earlier this year:

Enzo Recordings is a real record label in the UK associated with British trance musician and songwriter Nicholas “Chicane” Bracegirdle. However, it’s unclear if there’s any connection between the company and the uploader, who may have used a digital distribution service like DistroKid. Genius has reached out to a rep for Bracegirdle for comment.

The outlet adds that longer versions of the track may have been available via Spotify since early last month as well.

Last year both DJ Kid Capri and DJ Premier stated that Kendrick Lamar had a vault of unreleased material and since then, fans have been calling for its release or at least a few leaks. It seems that the latter has been answered as a number of K. Dot cuts were dropped without the green light, and they were as sharp as you’d expect.

From the TDE family cut “Heroin” (sans ScHoolboy Q for some reason), to a Busta Rhymes and Michael Jackson featured song, “Look Over Your Shoulders,” Kung Fu Kenny had some heat stashed away for a rainy day. Why these joints never dropped is anyone’s guess. Who leaked them is even more unclear, but they’re out there now under the unofficial title of Bad Kid Chill City EP and fans have even gone on to create artwork for the leaked album.

Kendrick Lamar's leak ep is better than a lot of albums released this year. pic.twitter.com/k1t1cBWdN1

We can’t post any of the unreleased cuts for obvious reasons but here’s the track list for the unofficial album should you choose to search the internet for these cuts.