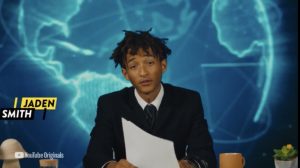 Climate change affects us all.

The Source can exclusively reveal a new Dear Earth clip, which stars recording artist/actor/humanitarian Jaden Smith as a nightly news anchorman delivering humorous reports on today’s climate change with the YouTube Original series premiere this weekend. The celebration of Earth and take action series is a 100-minute special event, including Barack Obama, Tinashe, Billie Eilish and many more, that inspires viewers to join the sustainability movement.

Watch the exclusive clip for Dear Earth on The Source TV above.

In this clip, the 23-year-old plays dual roles of himself as a light-hearted anchorman and fictional co-host, named Janden Smith who encouragingly reports various climate issues, like the increase in electric vehicle sales, and the decline in global meat production — similar to a Trevor Noah and Jimmy Fallon. Smith is witty, enlightening, and comical in the informative 1-minute and 24-second clip.

Dear Earth is a global celebration of the planet that brings together a wide-range of global leaders, celebrities, musicians, and creators ready to educate, inspire and motivate audiences to create a better and more sustainable planet.

The YouTube Original will premiere Dear Earth and a full schedule of original series and specials this Saturday, October 23, on YouTube.

The 3-part weekly series features Raymond Graham of Prairie View A&M University, Joshua Hughes of Howard University and Zoe Mitchell of Florida A&M University. The series runs across TV One and iOne Digital. Although only three will be highlighted during the series, more students are allowed to take advantage of the program as well.

AT&T Director of Marketing & Special Experiences, Angela Burgin speaks on the importance of the program.

“Through this program we get to celebrate 25 outstanding individuals, along with sharing their stories as they endeavor to make a difference in their communities.”

Romeo can attest to this as well. His father is well-renowned music legend and entrepreneur, Master P. The No Limit CEO was adamant about Romeo’s younger brother, Hercy, going to any HBCU for college.

“If you know anything about my family, The Miller Gang, from my pops Master P to my brother Hercy Miller deciding to go to Tennessee State,” said Romeo.

“We’re all about putting that spotlight on HBCUs and their students. It’s only the beginning.”

On the other hand, Reginae Carter helped a FAMU student, Zoe Mitchell, appreciate her melanated skin. While Mitchell grew up in a predominately white neighborhood, she was intentional in attending an HBCU. She became a sister of Delta Sigma Theta Sorority during her freshman year and a FAMU cheerleader. After her cheerleading photo went viral, she realized that every complexion is beautiful.

The program is open for HBCU students to apply. 25 winners will win $5,000 to pursue their dream.

The post Charlamagne Tha God, Reginae Carter & Romeo Miller Team Up with AT&T to Give Back to HBCU Students appeared first on The Source. 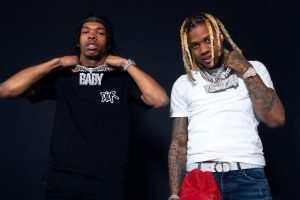 Lil Durk and Lil Baby recently wrapped up their “Back Outside” tour with opening act, Coi Leray.

The tour proved to be a success, where many moments were shared on social media. One of those moments was during a show where fans joined him for a live rendition of “The Voice.” The cell phone lights lit up the stadium as well. Smurk took to his Instagram to show gratitude to his fans.

On Monday, the “Gucci Gucci” rapper took to his Instagram story to note the tour’s grossing earning and ticket sales. He is seen holding the plaque with a man that appears to be a label rep.

Rylo Rodriguez and Bankroll Freddie joined the trio on some of their tour dates as well.

Durk’s reveal proved DJ Akademiks wrong, who was skeptical that The Voice of the Heroes rappers could sell out arenas. It is safe to say that they proved him wrong. 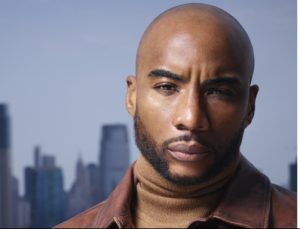 Young Thug tells Charlamagne Tha God, “You were wrong” about the radio show host’s prediction on the rapper’s career

Thugger is undoubtedly on a different plateau at this point in his career. The YSL CEO is fresh off his release of his latest album, Punk. The 20-track project features Drake, Travis Scott, Doja Cat, J. Cole, Gunna and more.

On Monday, the “London” rapper made his debut on The Breakfast Club morning show. When host Charlamagne asked Thug about his long-awaited debut on the syndicated morning show, Thug brought it back to his reaction after the infamous Birdman incident at the Breakfast Club.

In addition, Charla reminded Thug that he previously said Rich Homie Quan would have a longer career than Slime.

“I will say, I made one of the worst hip-hop predictions about ten years ago when I did VladTV,” said Tha God’s Honest Truth star. “They asked me who gon’ be around longer, Rich Homie Quan or Young Thug? I said, probably Rich Homie Quan. Clearly, I was wrong.”

When asked how he felt about that prediction, Thug simply responded, “You was wrong.”

The post Charlamagne Tha God Admits To Being Wrong About Young Thug’s Longevity appeared first on The Source. 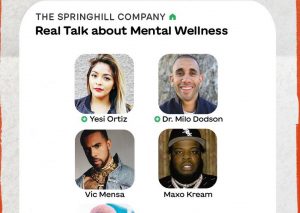 Maxo Kream, Vic Mensa and Tiara Thomas revealed their experiences with Mental Health during a Clubhouse convo with SpringHill Co.

The world celebrated World Mental Health Day was Oct. 10. The production company hosted a Mental Health Chat on the audio platform as a continued celebration.

They were joined by artists such as Maxo Kream, Vic Mensa and Grammy-winning singer-songwriter, Tiara Thomas. The conversation was moderated by radio host, Yesi Ortiz and Dr. Milo Dodson.

The three artists spoke on the vulnerability they have shared and continue to share in their music, with the understanding of how difficult it is to do. The consensus that music provides therapeutic relief was universal.

Tiara Thomas mentioned the lyrics from her hit feature with Wale, “Bad,” where she highlighted the authenticity of her lyrics from personal experience.

Vic Mensa has expressed mental health advocacy in both his music and verbal conversations. He spoke on the frequency of self-medicating when copping with mental health issues.

Maxo Kream talked about his surrounding while growing up in Houston.

The destigmatization surrounding Black Mental Health continues as more conversations occur. The expression and vulnerability expressed during these chats helped to advance the fight against being afraid to 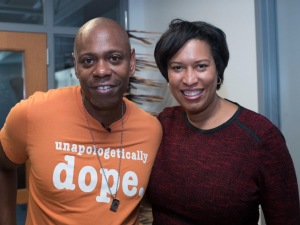 As Dave Chapelle continues to be the eye of the storm in the middle of the LGBTQ community and Netflix following the controversy behind his new comedy special The Closer, his loyal fanbase unapologetically supports him and some of those fans are in the political arena.

D.C. Mayor Muriel Bowser has publicly defended her support of Chappelle, despite the fact that supporters of the LGBTQ community who are against Chappelle have asked her to rescind Chappelle’s key to the city

“I haven’t considered rescinding the key to the city, and I regard Dave as a friend and as an artist who is a genius,” Bowser said. “Dave has been having this conversation with the trans community for a long time. But you would be, and I don’t think you would understand the whole show, I’m not sure you’ve seen it if you didn’t also understand some of his other commentary about race.” 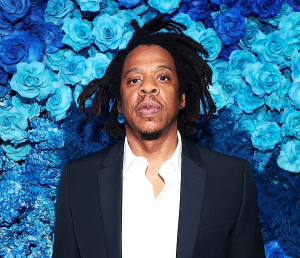 According to a report from the Kansas City Star out of Kansas City, Kansas, Team Roc has been going hard at the Kansas City Police Department, claiming abuse of authority, false witness statements, planted evidence and even solicited sexual favors from victims and witnesses.

Team Roc, Jay-Z’s arm of criminal justice reform, have been requesting personnel records and the release of investigative files to support their claims of abuse of power, violation of civil rights and several other allegations of police corruption.

Team Roc also made a $1million donation to support the Midwest Innocence Project, the local innocence project that assists to investigate wrongful convictions in Wyandotte County. Tricia Rojo Bushnell, Executive Director of the Midwest Innocence Project, talked about about the million dollar donation, stating, “It’s a huge investment. The ability to look at these cases … is really going to continue to shine a light on what we need to do to actually provide a just criminal legal system in Wyandotte County.” 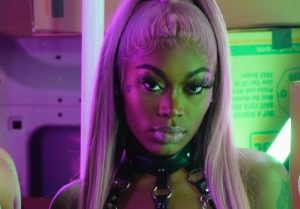 Asian Doll had a few words for anyone invested in her private life.

She recently fired off some tweets, in a rant to get some things off her chest.

“You b*tches be worried bout me like I’m y’all kid or some lol,” she started. “I’ll never give a f*ck you b*tches stay with my name in y’all mouth I stay on you hoes mind.”

Over the past few weeks, the internet has had a lot of to say about Asian Doll’s rumored relationship with rapper, JackBoy. On Sunday night, she had time to address it publicly.

“You hoes is literally FANS,” she continues. The 24-year-old rapper was accurate in that statement. Fans typically invest in more than just their favorite artist’s music. Asian express her displeasure with this.

The “Nunnadet” rapper ended her Twitter rant by complimenting her privates, saying she abstain from sex before she’s intimate with a “pu**y ni**a.”

“My (kitten emoji) a treasure box, ain’t sh*t but GOLD & DIAMONDs in that mf.”

While the rest of the rant was deleted, something that many artists are notorious for doing, it was picked up by TheShadeRoom.

The post Asian Doll Says Her Private Parts are Filled with “GOLD & Diamonds” appeared first on The Source. 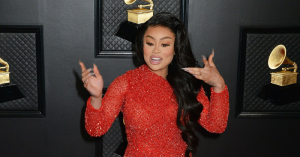 Who pissed Blac Chyna off?

The reality tv star was patiently waiting for her flight this weekend at Miami Airport when she was approached by a fan who wanted a picture. In a video obtained by TMZ, the fan invaded Chyna’s personal space because leading a heated rant.

Later, the 33-year-old mother of 2 questioned the woman’s vaccination status and referred to her as a “stupid hoe.” She later continued to mention her hometown of Washington, D.C.

Blac Chyna has been highly adamant about her vaccination status. She documented her receipt of her first of two shots earlier this year.

Based on her airport reaction, she is only allowing the vaccinated to get next to her. For the unvaxxed folks, stay clear.

The post Blac Chyna Reportedly Blasts Fan in Airport to “Go Get F**king Vaccinated” appeared first on The Source.

Not long after Cardi B and her husband Offset welcome their second child, the BX rapstress joined up with actress Raven Symone to officiate a lesbian wedding.

While the Oh So Raven star stood in as ring bearer for the ceremony, Cardi brought the two women together in holy matrimony. Cardi tweeted about the wedding, saying, “By the way, WORLD I’m licensed to marry people…so yea. I do it all, and this was such a fulfilling thing to do.”

See the wedding ceremony below.