Aaliyah’s music may be finally coming to streaming services.

Eighteen years since her death, the late singer’s uncle Barry Hankerson took to Twitter to announce that her full discography will be available on major streaming services on Aaliyah’s birthday: Jan. 26, 2020.

“We listened, this is not a drill in honor of the great legacy of #Aaliyah,” Hankerson, head of the now-defunct Blackground Records, tweeted on his private account before tagging Apple Music, Spotify, TIDAL, and Amazon Prime. He ended with the “1/16/2020” date.

Aaliyah’s uncle Barry Hankerson teases on Twitter that her full discography could be coming to major streaming services on the late singer’s birthday, January 16th, 2020.

At the moment, only Aaliyah’s debut album is available for streaming. pic.twitter.com/HRHG3l1E7S

It’s been a long time coming. Only Aaliyah’s debut album, 1994’s Age Ain’t Nothing but a Number, is currently available for streaming. Her other two albums—1996’s One in a Million and her third and final studio album, 2001’s Aaliyah—are not available on any digital platforms.

According to Complex, Hankerson is the reason why Aaliyah’s discography has not been previously available digitally. He owns the rights to her catalog with the exception of her debut, which was produced by R. Kelly. Hankerson sold a stake in Blackground’s publishing rights to Reservoir in 2012. 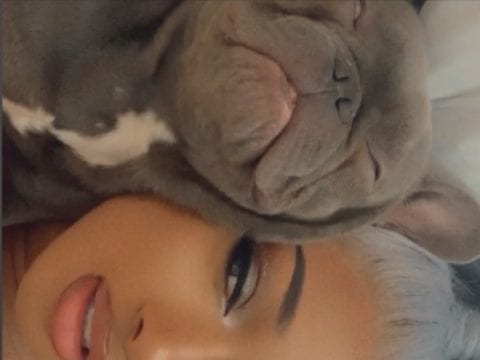 Texas hip-hop artist Megan Thee Stallion is going for dog owner of the year. The rap newcomer has shared some hilarious, must-see footage of herself cuddled up alongside her viral-friendly dog Frenchie. Watch and comment below!

The post Watch: Megan Thee Stallion Shares Most Adorable AF Footage Sleeping Next To Her Dog Frenchie appeared first on . 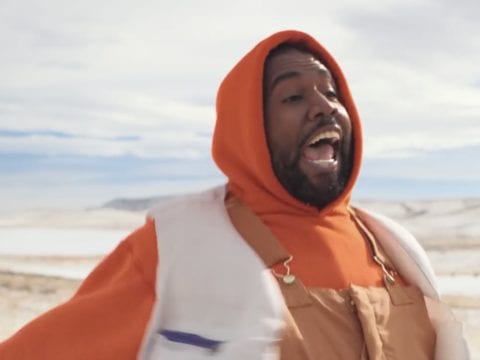 Grammy-winning rapper Kanye West and 2 Chainz are staying busy this holiday break. The duo have linked up for a dope bromance moment.

On Saturday, Deuce went to Instagram with an epic shot hanging out alongside Mr. West.

According to hitmaker OMG Ronny, fans should expect Ye to come through with a gospel feel on his upcoming Jesus Is King 2 album. 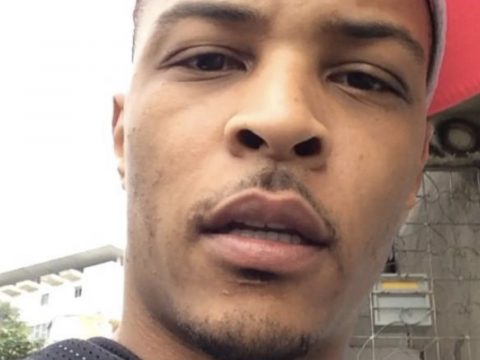 Grammy-winning rapper T.I. has proved it’s way deeper than rap. The King of the South’s recent, controversial reveal of going with his daughter for annual hymen checks has reportedly ignited lawmakers to create a ban.

Doctors performing the exams typically check to see whether a female patient’s hymen is intact, even though medical professionals do not consider it a reliable indicator of past sexual activity. As a memo attached to the legislation notes, there is also no medical or scientific definition of virginity. Rather, virginity is a social and religious construct. (Huff Post)

Doctors would ultimately have to deal with penalties for going through with purity exams.

The New York Senate bill, S6879, is sponsored by state Sen. Roxanne Persaud and its New York Assembly counterpart is sponsored by state Assemblywoman Michaelle Solages and co-sponsored by Rick Gottfried, Andrew Hevesi and Walter T. Mosley. Their legislation would subject doctors to “penalties for professional misconduct” along with potential criminal sexual assault charges for performing or supervising the exams. (Huff Post)

Rap artist Lil Yachty recently said Tip should be allowed to raise his daughter the way he sees fit.

“I just feel like when it come to someone’s children on such a personal matter, no one can honestly tell somebody how to raise their children, or how to take care of them or how to look after them,” he said. “That’s that man’s child! … I can’t make every decision for you, but I’m definitely gonna put strong input on your life and try to guide you through darkness, so that when I’m not around you make the smart decisions.” (Too Fab)

The Jack Boys are coming.

Travis Scott has announced that the debut album from his Cactus Jack creative collective will arrive before the end of 2019. The compilation features contributions from the label’s current roster including Sheck Wes, Don Toliver, Chase B, and La Flame himself.

Jack Boys has already spawned the lead single “Highest in the Room,” which debuted at No. 1 on the Billboard Hot 100 last month.

In honor of the project, Travis released an all-black Black Friday merch capsule. The limited-edition collection includes hoodies, T-shirts, robes, and even an electric scooter.

While fans will have to wait for the follow-up to Astroworld, Travis recently hinted that more music could be dropping soon. “I’m in no rush frankly, but I’m taking my time to come up with the next album,” he told Apple Music’s Beats 1. “I’m always down to drop music and serve some packs to the fans.”

Earlier this month, he joined Post Malone and Ozzy Osbourne to perform “Take What You Want” at the American Music Awards. He also hosted his second annual Astroworld Festival in Houston with a surprise appearance from Kanye West. 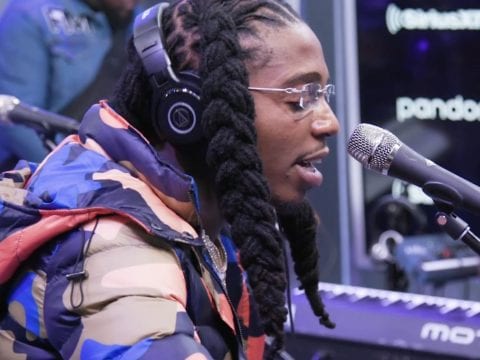 R&B singer Jacquees is really nice-nice with the wordplay. The music newcomer recently pulled through to Sirius XM to show off his vocal skills with a live “Verify” performance. Watch and comment below! 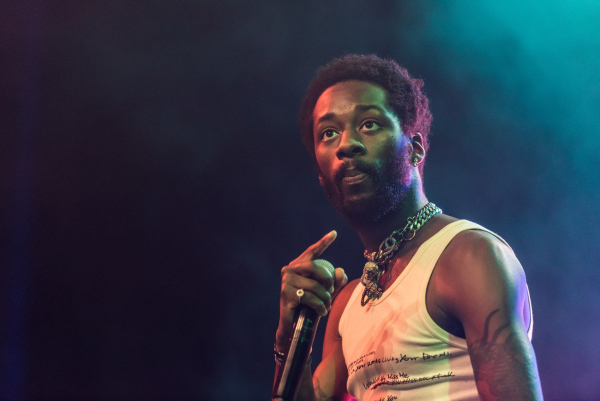 GoldLink found himself on the wrong side of social media chatter after posting a bizarre and lengthy post in tribute to Mac Miller that read to some like a backhanded compliment. While onstage in Europe, the Washington, D.C. Area performer addressed the issue in an attempt to set the narrative.

During a break in his set, GoldLink, no doubt aware of the words from Miller’s past collaborators such as Thundercat and Anderson .Paak, wasted little time in speaking to the simmering situation.

“Let me tell y’all something. Mac Miller is one of my best friends in the whole f*cking world,” GoldLink opened with. “Without Mac Miller, there would be no GoldLink.”

He goes on to praise Pusha-T, fellow D.C. native Wale, and Miller for giving him an opportunity to shine as an artist. There was also a point where GoldLink brazenly stated to a group of unnamed persons that he’s not worried about them because he doesn’t know them, although he used far more colorful language.

Check out the video courtesy of the Rap Favorites below. 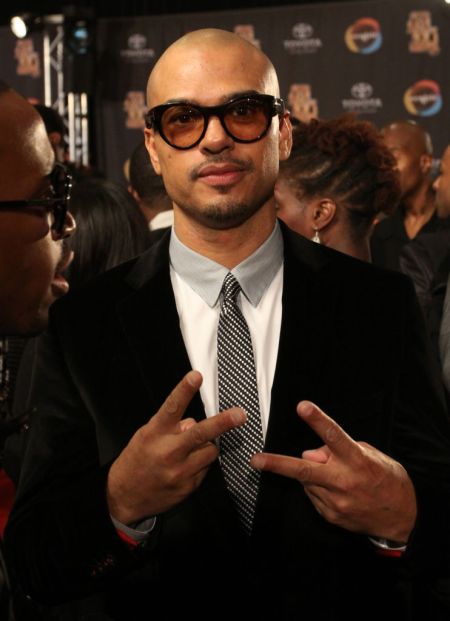 Chico DeBarge has battled drug addiction and the legal issues connected with such in the past, and now he has another pending charge to contend with. The R&B singer was caught trying to breaking into his own vehicle and was approached by officers who discovered the drug meth in his possession.

The younger bro of the DeBarge family musical group got busted in Burbank, CA earlier this month in a Walmart parking lot after cops saw him using a piece of wire to try to unlock an SUV … according to police.

Thinking he was trying to break in, officers approached and searched DeBarge … and allegedly found methamphetamine in his pockets. He was placed under arrest, and cops say they also discovered drug paraphernalia in the SUV.

Oh yeah, it turns out the singer had locked his keys inside … which is why he was trying to jimmy the door open.

After being processed at the Burbank City Jail, DeBarge, 53, was released as charges will be announced at a later date. In 2007, DeBarge was arrested for drugs and released an album in 2009 titled Addiction, which was his last full-length release.

Today in Hip Hop History, Tupac Shakur was shot 5 times and robbed in the lobby of Quad Studios in NYC.
As fate would have it, many felt this shooting ignited the East Coast/West Coast beef resulting in the death of two legends in hip hop. During the night of November 30, 1994,right before the verdict in his sexual abuse trial was to be read, Shakur was robbed and shot five times by three men.
Shakur who was just 23 years old at the time walking through the lobby of Quad Recording Studios at 723 Seventh Avenue, near 48th Street, about 12:25 A.M. when three men approached and demanded money

Tupac was shot twice in the head, twice in the groin and once in one hand, was taken to Bellevue Hospital Center and his wounds were not believed to be life-threatening.

Following the shooting Tupac publicly came out pointing fingers at Biggie Smalls for the shooting who happened to be recording in another room upstairs.
Tupac eventually went to jail for the sexual assault trial, he publically went against the world and Hip Hop would never be the same. 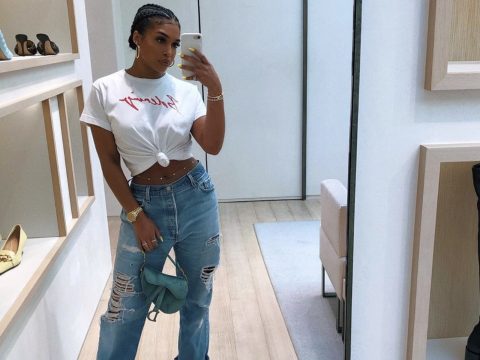 Atlanta rapper Future might be off the dating block. New reports claim the hip-hop star is low-key involved with celebrity daughter Lori Harvey.

This holiday week, Future went to his Instagram page and shared a shot of his potentially new queen Lori Harvey.

According to reports, Lori low-key pulled through to Future’s recent 36th birthday party.

Harvey was spotted — surrounded by bodyguards — at Future’s 36th birthday party in Los Angeles on Nov 21. Harvey, the 22-year-old stepdaughter of Steve Harvey, has been keeping a relatively low profile since being arrested over a hit-and-run in October. She is due back in court in January. Prior to being linked to Future, she was seen out and about with Sean “Diddy” Combs and his son Justin Combs. (Page Six)

Since the Future/Lori rumors went viral, social media has reacted with mixed reactions.