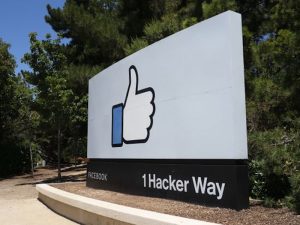 On Wednesday, Facebook released the results of a two-year long audit and they were not good.

According to the report, the company made decisions that “represent significant setbacks for civil rights.”

It resulted in a nearly 90-page report that does not portray a flattering image for the social media behemoth.

“While the audit process has been meaningful, and has led to some significant improvements in the platform, we have also watched the company make painful decisions over the last nine months with real world consequences that are serious setbacks for civil rights,” reads the report.

At the start of the process, there wasn’t any agreement to release the results publicly and Facebook’s executives “actively engaged” with the audit process.

However, the report says Facebook executives did change their tune later in response to pressure from activists and became more involved.

COO Sheryl Sandberg is credited for developing relationships with civil rights leaders. In addition, she transitioned into a “point person for this work.”

The civil rights report does highlight some positive changes and advancements Facebook has made since the audit began in 2018.

It credits the company for its “robust census interference policy” designed to curb disinformation about the 2020 census. In addition, it mentions specific platform changes such as Facebook’s ban of white supremacist and white nationalist content on the platform.

“This report outlines a number of positive and consequential steps that the company has taken, but at this point in history, the Auditors are concerned that those gains could be obscured by the vexing and heartbreaking decisions Facebook has made that represent significant setbacks for civil rights.”

The report specifically mentions controversial Facebook posts published by President Donald Trump that the company let stand on its platform.

Two of the Trump posts mentioned “facilitated voter suppression” says the report, a finding that’s in line with Trump’s repeated spread of misinformation on the legitimacy of mail-in ballots.

Facebook defended its decision to keep those particular posts up. However, the report states that the civil rights auditors told Facebook that the posts broke the platform’s own policies.

Another Facebook post the report singles out has to do with Trump’s threat to protesters in the wake of the police killing of George Floyd.

As Black Lives Matter protests spread throughout the country, the President of the United States warned that “when the looting starts, the shooting starts.”

“These decisions exposed a major hole in Facebook’s understanding and application of civil rights,” states the report. It calls out Facebook’s founder and CEO, Mark Zuckerberg, by pointing out that these policy decisions were made “at the highest level.”

Facebook has faced criticism for the role it played in the 2016 U.S. election. Particularly when discussing Russian meddling.

Facebook commissioned two independent audits in order to address a few of the critiques.

It was intended to address perceived anti-conservative bias and civil rights abuses. They hired Republicans to executive roles within the company and made other changes to the platform. Now, conservative-leaning Facebook publishers are flourishing on the social network.

One change the company made led to the demise of its trending news feature. Conservatives claimed that was the source of the perceived bias. The feature relied upon human content curators to promote popular links and topics on the website.

However, overall the audit found that Facebook has failed to protect civil rights on a range of issues. Voter suppression, hate speech, all are detailed in the report.

Facebook is facing a massive advertiser boycott. Organized by civil rights groups, the main issue is hate speech used on the platform. Some of these organizations met recently with the company, a day before the audit was published.

Many have criticized the meeting as nothing more than a PR stunt.

Shouts to my bro Nooky for putting this on for his hometown, and getting around South Coast fam affected by fires.

Music is healing, it’s not just about money. We’re on the South Coast to take music to the people.

You can help by donating a ticket to someone struggling in the local area. Your actions mean a lot so click on the link

Sunshine Coast, we’re heading your way. Come party with us at Big Pineapple on 30th May‬. Tickets on sale ‪Feb 13 at 9am‬ (AEST) from moshtix. Big Pineapple is known to sell out fast, so make sure you get in quick !
Source: Hilltop Hoods on Facebook

If you’re in Adelaide on the 16th February head down to a fundraiser our friends are running for Lion Hearts Learning – a charity providing early learning to children aged 2-5 undergoing oncology. It’s a family event with live music, face painting and activities for all ages. http://www.ticketebo.com.au/lion-hearts-learning-incorporated/lion-hearts-learning-presents-roar.html

Thank you to all our fans and loyal supporters. FORTUNE & FAME just passed 2 million on Spotify. It has never been pressed on vinyl BUT GUESS WHAT ITS OUR 20 YEAR ANNIVERSARY SO ?? #boxset #legacy

‘Let Go Fest’ Recap. Had an amazing weekend on the Mornington Peninsula. Shoutouts to our buddy Drapht for jumping up with us!
Source: Hilltop Hoods on Facebook

Rolling Sets Recap. We had an amazing night at Rolling Sets in Coffs Harbour last week. See you tonight for Let Go Fest. on (in….at?) the Mornington Peninsula! We hit the stage at 8pm.
Source: Hilltop Hoods on Facebook We’re coming back to the NT and we’re bringing some friends ! We will be in Darwin Saturday 2nd May and Alice Springs Saturday 16 May. Tickets on sale ‪February 4th @ 7 am (ACST) from ‬ ticketek.com.au