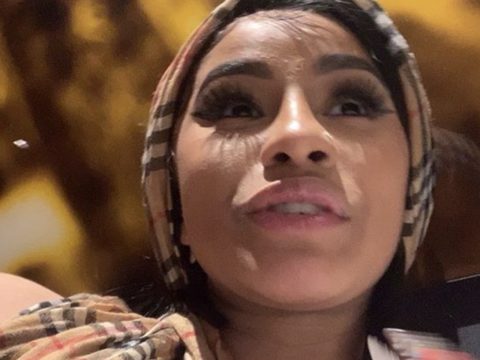 New York rapper Cardi B is about that DC Comics life. The hip-hop diva turned into Batman villain Poison Ivy for Halloween 2019. Look below!

The post Look: Cardi B Turns Into One Of Batman’s Arch Enemies For Halloween appeared first on . 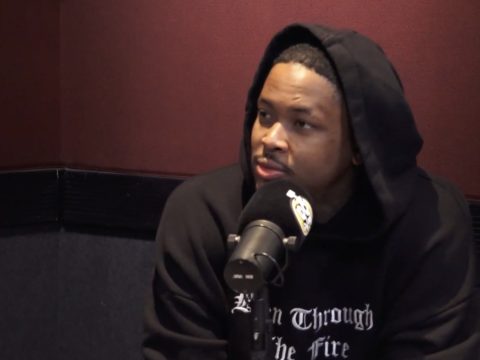 West Coast rapper YG is ending all of the cheating speculation – immediately. The hip-hop artist has shut down hype and rumors claiming he might have low-key messed around with another woman.

YG went to his Instagram Story Thursday to kill the gossip and declare his love for new girlfriend Kehlani.

This week, pics and footage surfaced of YG allegedly getting extra gushy with a mystery woman.

Hmm…looks like paparazzi caught YG slipping last night with another woman! YG and Kehlani have come out to the public as a couple just a few months ago, nonetheless the two either broke up, are into sharing, or stepping out on one another as there is a photo of YG boo’d up with someone else. (Hot 97)

In September, Keh’s new boyfriend came through with a pic of themselves boo’d up at a fashion event.

The post YG Shuts Down All The Cheating Rumors: “I Love Kehlani” appeared first on . 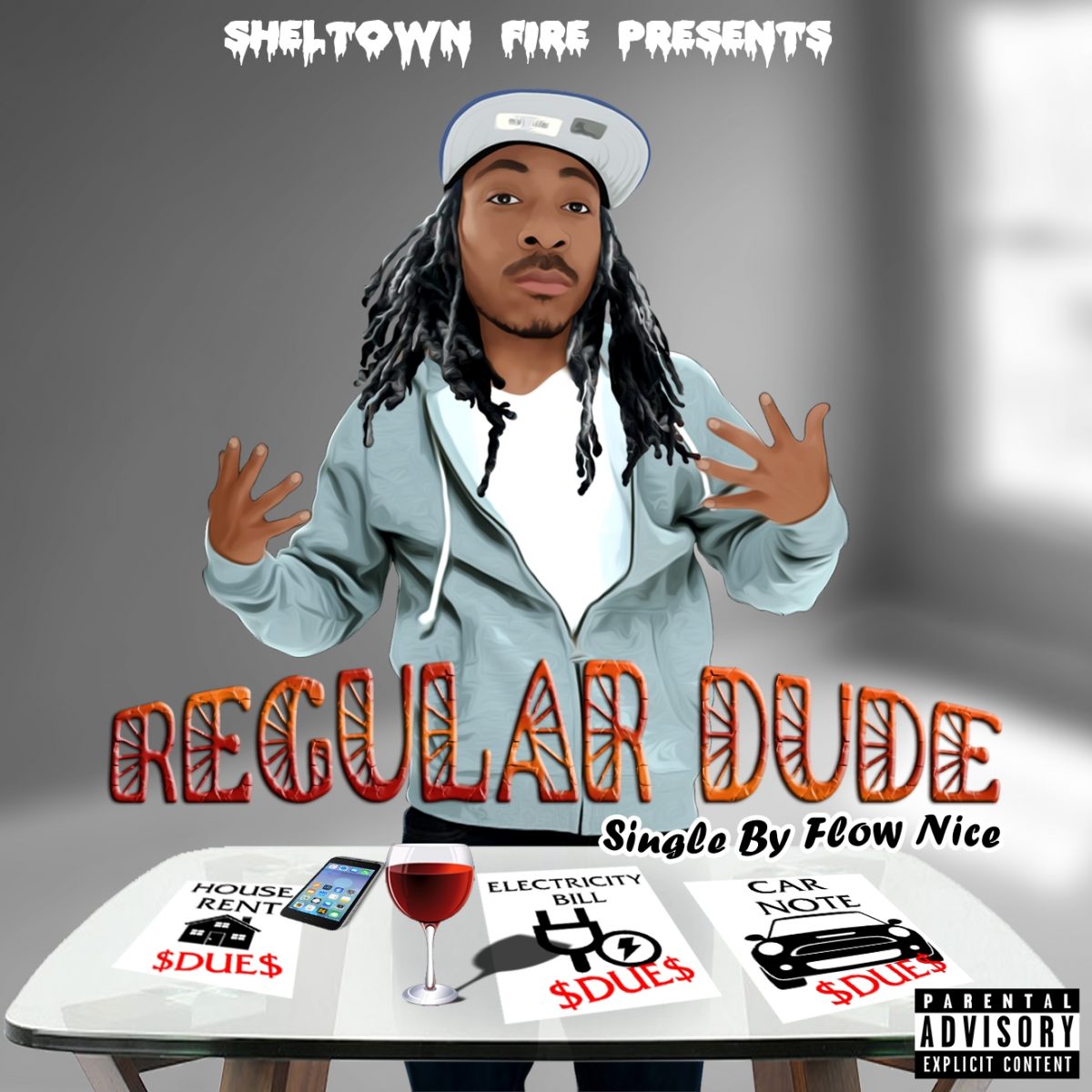 Flow Nice is super crazy with the flows and the songs he creates. He is truly bringing something powerful to the music industry. Today, we get the new song, “Regular Dude,” available for streaming now. 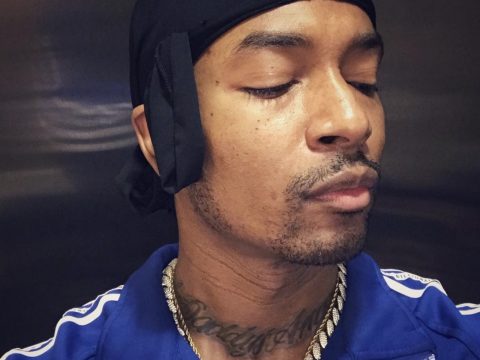 St. Louis rap veteran Chingy is all about keeping Throwback Thursday trends going. The hip-hop artist has shared a vintage pic of himself and fellow rap entertainer Joe Budden dating back to the mid-2000’s. Look below!

The post Look: Chingy Shares Super Throwback Of Himself + Joe Budden – “We Been Out Hurr Grinding” appeared first on .

Kanye West and Kim Kardashian are adding to their real estate portfolio.

The superstar couple has purchased another sprawling estate in Hidden Hills, Calif. for $3 million. The nearly 1.5-acre ranch neighbors their current property in the guard-gated community.

According to Variety, the property is divided by the street into two parts. On one side is the main house, an updated 1950s ranch-style residence with four bedrooms and 3.5 bathrooms. The other side features equestrian facilities including a stable, tack and feed rooms, and a corral. 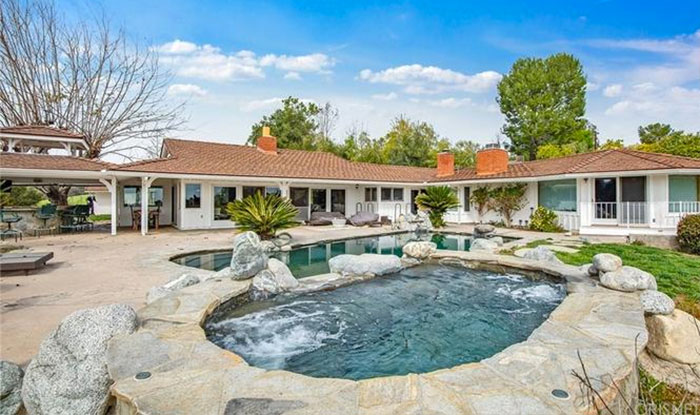 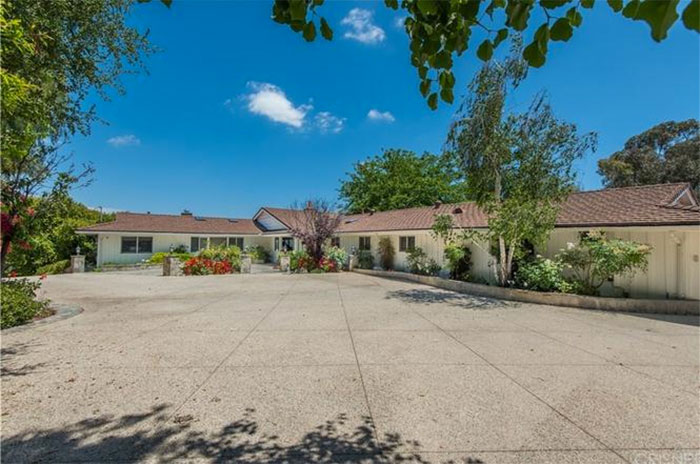 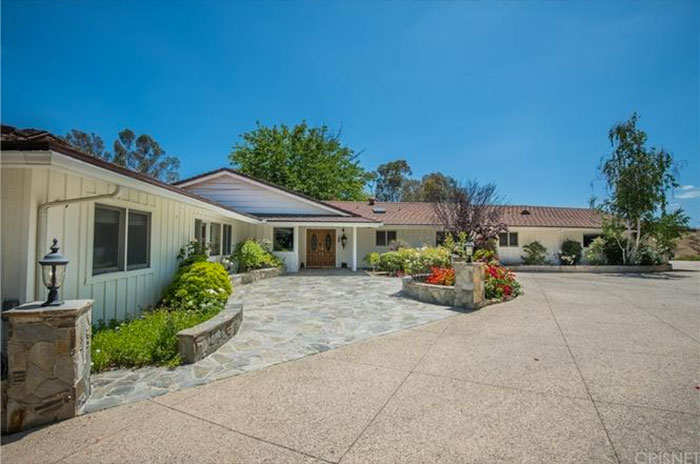 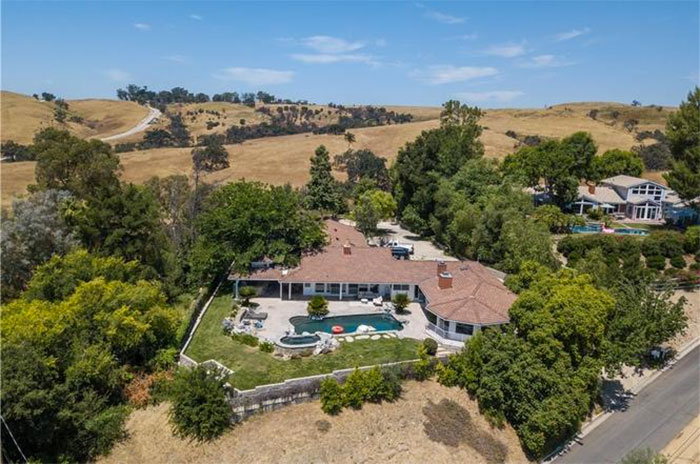 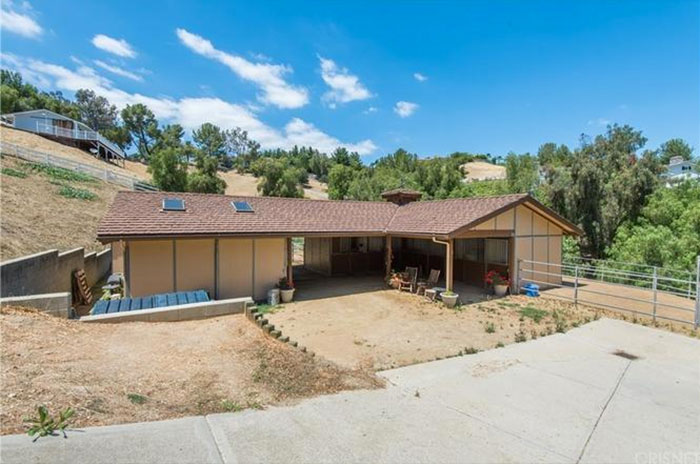 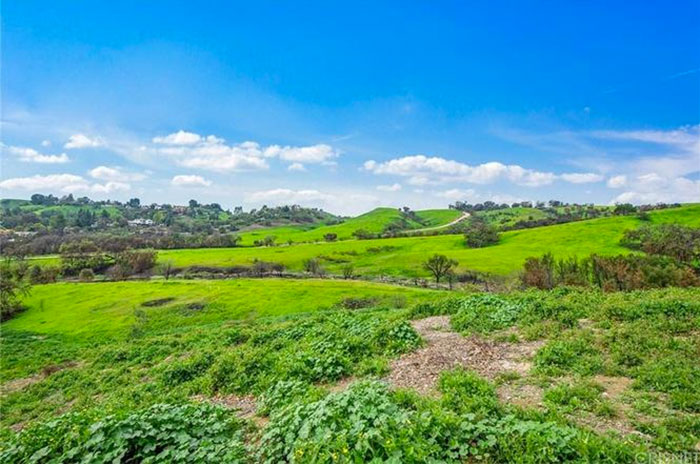 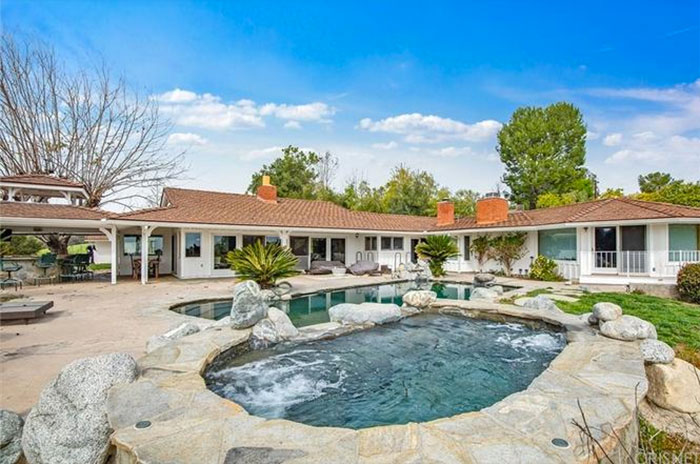 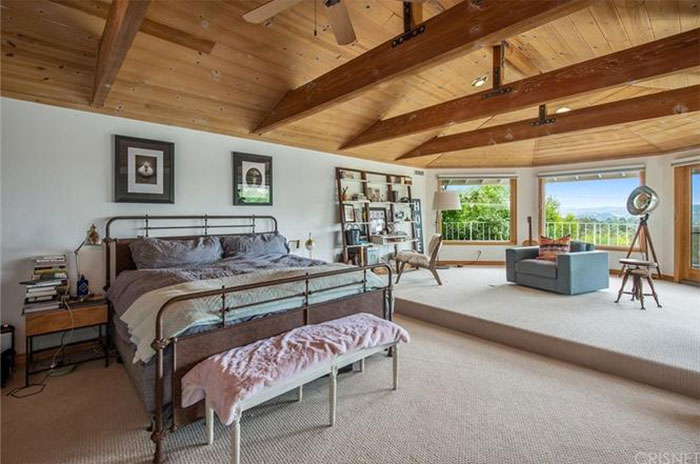 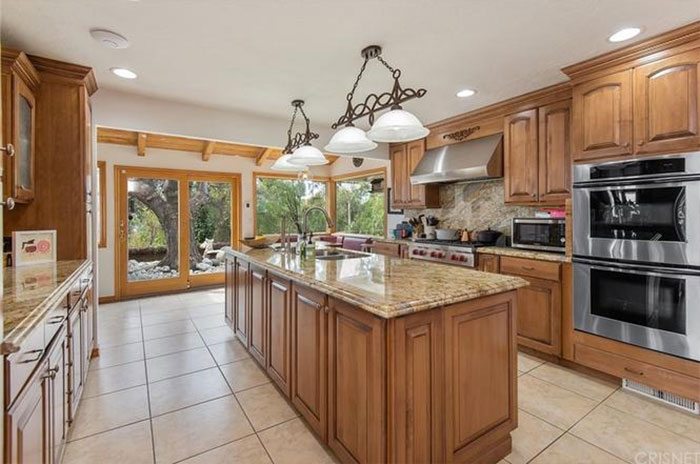 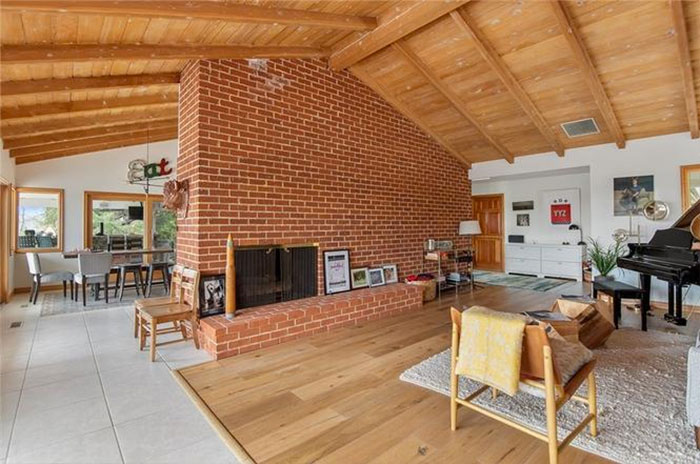 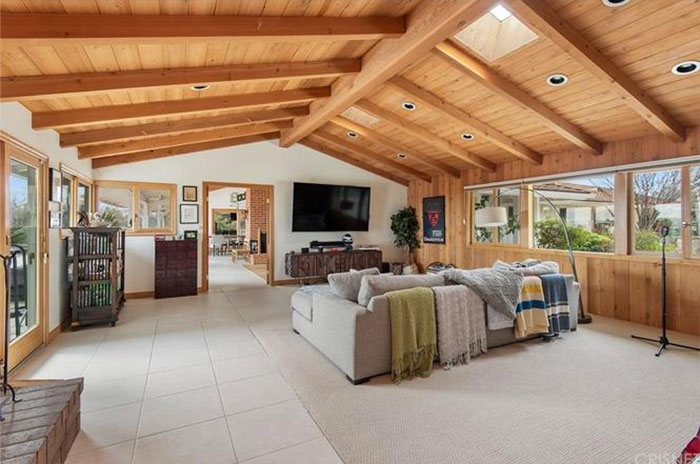 It’s unclear what the Wests plan to do with their new property. It’s possible they will tear down or remodel the existing structure and build something more akin to their minimalistic estate, which encompasses 4.5 acres. The property was purchased in 2014 for a combined $23 million and included a brand-new 15,000-square-foot mansion, which they renovated extensively.

Earlier this year, the Wests paid $2.7 million for an adjoining Hidden Hills property with a 2,800-square-foot residence. In total, they’ve spent about $28.5 million for the various properties on more than 7.5 acres.

Their property portfolio also includes a large home and a neighboring 320-acre tract of land in Calabasas, which they purchased in May 2018 for $6.5 million. That is where Kanye built his experimental domed structures that he was forced to tear down due to not having the necessary permits.

Kanye also recently purchased a massive property outside Cody, Wyoming called Monster Lake Ranch. The resort, which sits on more than 9,000 acres, had an asking price of $14 million. 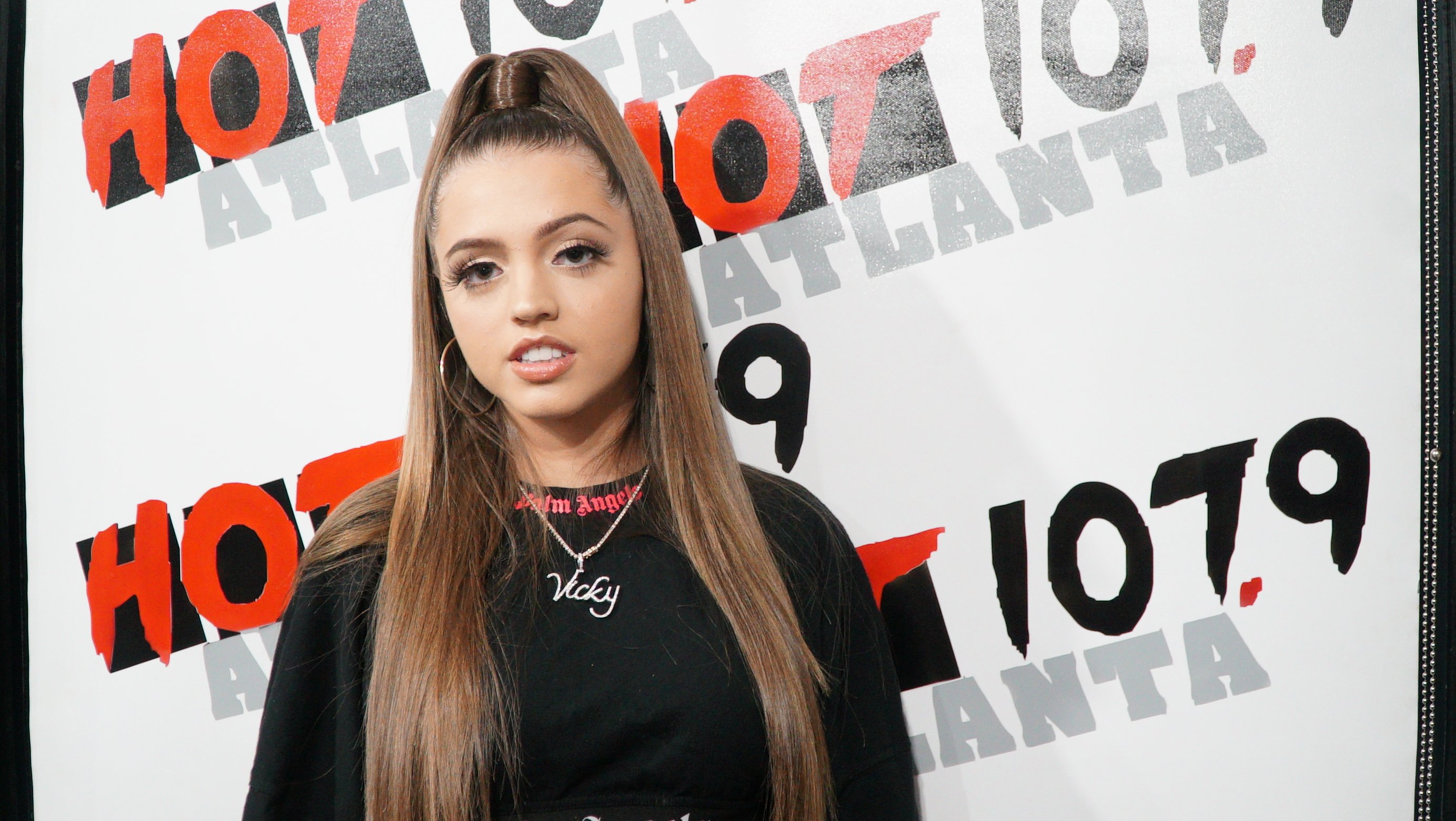 Somebody finally caught Bhad Bhabie outside, and it was fellow struggle “transracial” rapper, Woah Vicky. Video of the caucasian fracas landed on social media, and Twitter is having a field day.

The white-on-white crime took place in the studio with all the action happening outside of the booth. That should come as no surprise to no one. No word on what the flavorless beef is all about, and frankly, who cares, Vicky and Bhabie got to scrapping with Bhabie being the recipient of the fade.

Bhabie has since explained in her IG stories that the video of herself catching a fade was edited, and she was being held back.

“Dude in the grey was holding me, which was why she was able to get on top of me, shortys punches still never connected with my body! You can literally see my hand going in her face even while she’s on top of me. She would not get up and fight for real it was a whole bunch of dudes pulling and pushing. Y’all only seeing clips of the video!”

Anyway, Twitter is clowning both of them and deservingly so. You can peep the reactions to “fight,” which some people believe was staged in the gallery below. 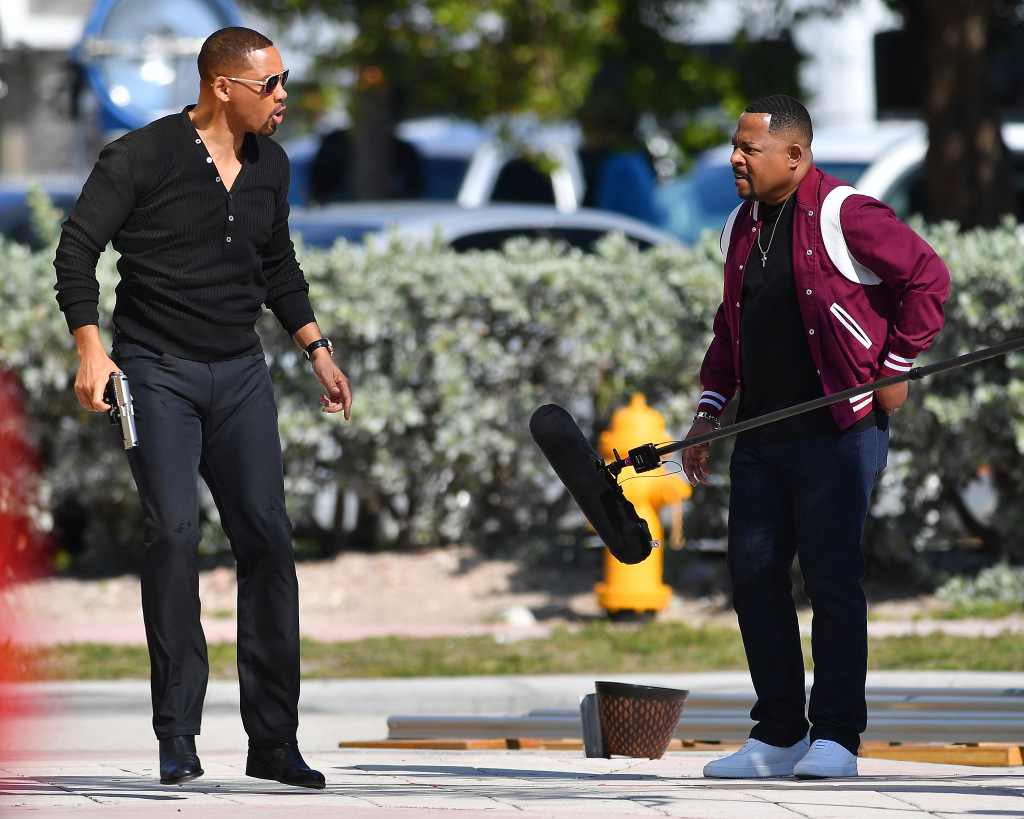 What do you get when you have four comedic acting legends in a room—take a picture, and that’s exactly what Will Smith, Martin Lawrence, Eddie Murphy, and Wesley Snipes decided to do.

On Wednesday (Oct. 30), Will Smith posted the iconic photo to his Instagram with the caption, “Nothing to see here.”

Nothing to see here…

The legendary moment happened while the four silver screen icons were visiting Tyler Perry’s new studio in Atlanta, Will Smith and Martin Lawrence are currently filming Bad Boys For Life, the third installment of the Bad Boy franchise, while Eddie Murphy and Wesley Snipes are gearing up to begin production on the highly-anticipated Coming To America sequel.

Although there has been no official word on why the four men were visiting, it didn’t stop fans from drawing their own conclusions about what the superstars could be cooking up.

Bad Boys For Life is set to hit theaters on January 17 and Coming the America 2 is slated to be released August 7, 2020.

Check out the Bad Boys For Life trailer below. 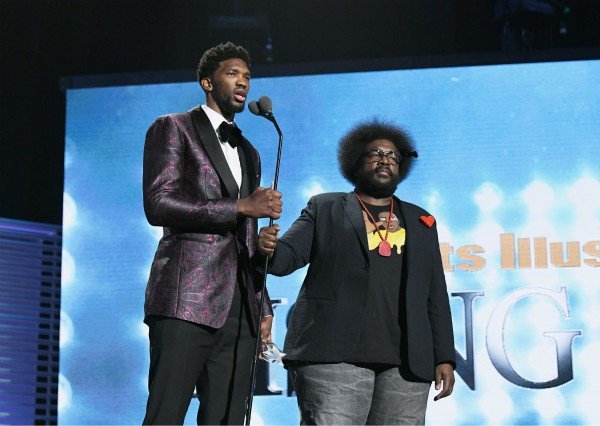 While the NBA is no longer as dangerous as it was during the Bad Boy era it still doesn’t bode well for the lighthearted. Two top stars got into it on the court and now their beef has spilled into social media.

As spotted on Hot New Hip Hop Joel Embiid and Karl Anthony Towns haven’t had the rosiest history since the two first played against each other. Things got a little heated on Wednesday, October 30 when they faced off at the Wells Fargo Center in Philadelphia. In the middle of the game both players got tangled up by the arms that led to a shoving match. Right after they took the floor for some tussling which resulted in headlocks and missed punches. Thankfully they were separated before things got dangerous but the problems didn’t end there.

KAT and Embiid GOING AT IT.

After the Philadelphia 76er win Joel Embiid referenced the altercation with a not so thinly veiled tweet. “Great team win!!! I was raised around lions and a cat pulled on me tonight lmao.. Got his mama giving middle fingers left and right.” he wrote.

Great team win!!! I was raised around lions and a cat pulled on me tonight lmao.. Got his mama giving middle fingers left and right. That’s some SERIOUS REAL ESTATE #FightNight #IAintNoBitch pic.twitter.com/MWc9p0jy7u

He later went ten toes down on his trash talking by calling Karl a small kitten.

That tough guy act ain’t cutting it …. you know what you are.. you know what you’ve always been>>> A PUSSY (SAY IT LOUDER FOR PEOPLE IN THE BACK) Been kicking your ass and pretty please make the playoffs before you talk. It’s a known thing that I OWN YOU. @KarlTowns pic.twitter.com/Izqwk3pEnM

Naturally Towns felt a ways about the accusation and jabbed back on his account with photos of Embiid crying.

I aIN’t nO BiTcH

Both athletes were ejected for their behavior. 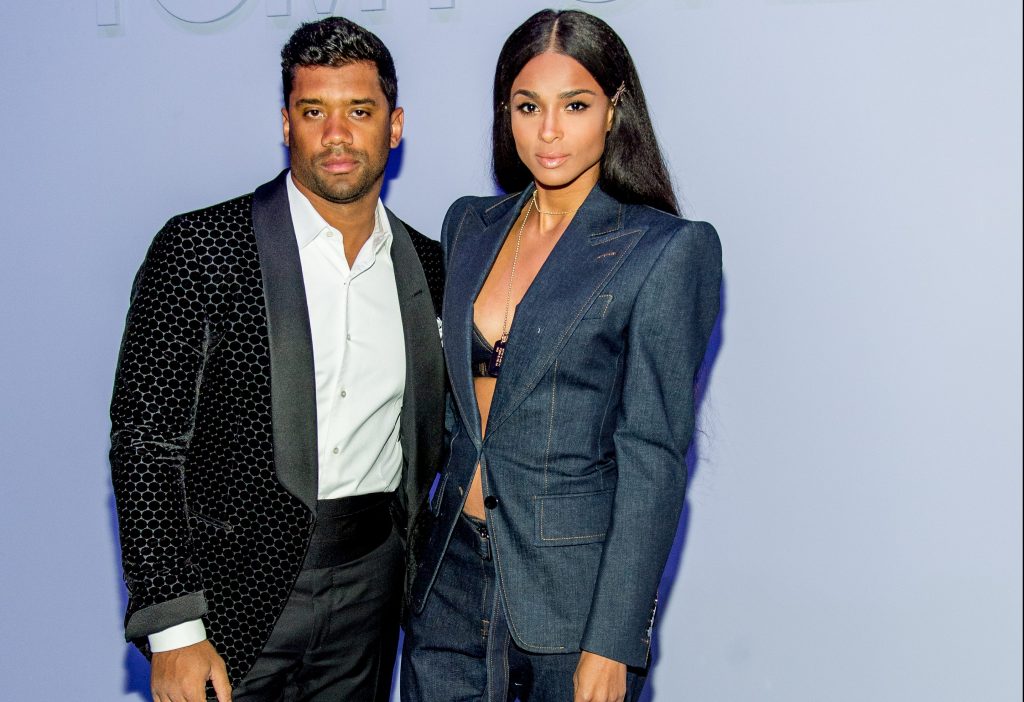 Ciara and Russell Wilson decided to get into the Halloween spirit by honoring Hip-Hop royalty.

On Wednesday (Oct. 30), the Wilsons reintroduced the world to the Carters in a series of photos shared to the “Beauty Marks” singer’s Instagram. The couple recreated the iconic pink and blue power suits from Jay Z and Beyoncé’s Louvre-set “Apes**t” video.

The Wilsons were very thorough with the homage to the power couple, as Ciara rocked a cascading, high half-pony while donning a double-breasted blazer and iced-out accessories; and Russ brought his best Hov with a teal suit, gold jewelry and knotted wig. The Seahawks star went even further and channeled his inner rapper, lip-syncing alongside Ciara to the Brooklyn rapper’s verse.

The couple did add their own personal touch to the recreation, swapping out Mona Lisa for a smiling photo of Barack and Michelle Obama.

“From the Wilsons to the Carters to the Obamas… Much Love & Respect. We goin Ape $#!% #HappyHalloween.”

From the Wilsons to the Carters to the Obamas… Much Love & Respect. We goin Ape $#!% #HappyHalloween 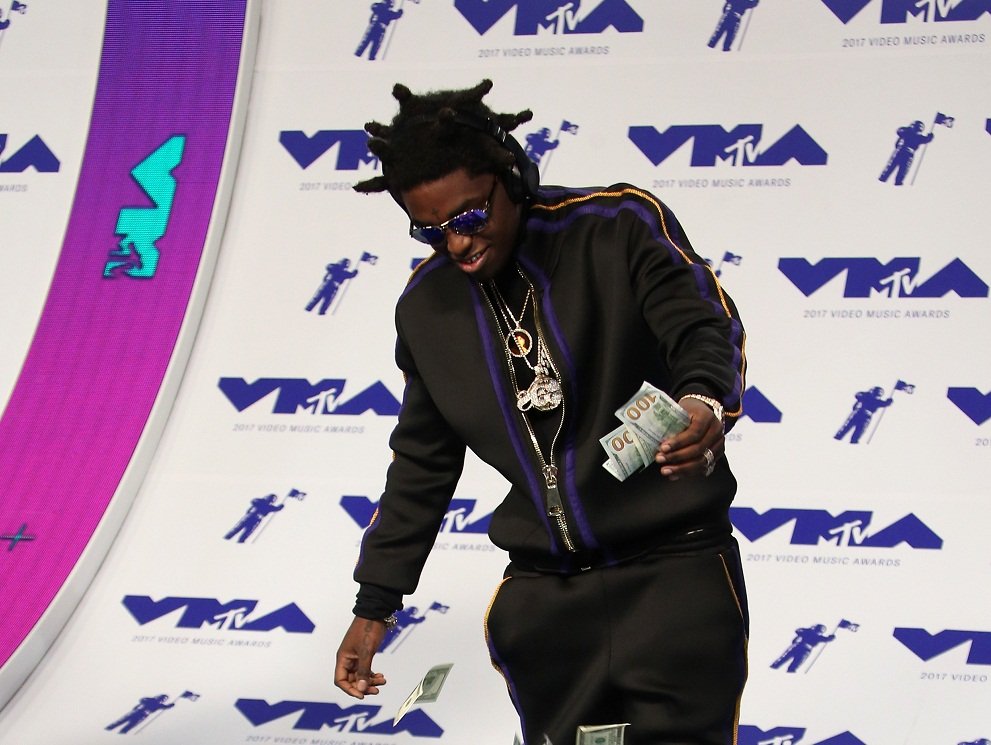 While his rhyming ability and overall sanity was often in question Kodak Black’s has always been known to be with the ish. It seems the rapper had a bloody physical altercation behind bars.

As per HipHopDX the Florida native got into something at Miami’s Federal Detention Center where he is being held. WPLG Local 10 News is reporting that he got into a brawl with another inmate. In an effort to diffuse the situation a guard intervened but ended up getting injured in the process. The station is claiming that the correctional facility employee was kicked in the groin. While the injury does not seem too gruesome on paper the person in question had to be rushed to hospital to undergo surgery.

The “No Flockin” rapper was caught with weapons in March which he plead guilty to. He is waiting for sentencing which is scheduled for November 13. Kodak could face eight years if the judge hits him with the maximum.