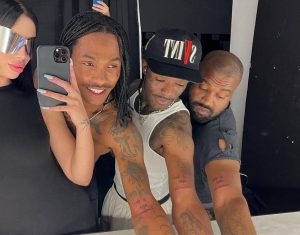 Popular Los Angeles based tattoo artist Mez Afram is holding the camera as Ye, Lil Uzi and Lacy extend their left arms for the flick. A close up of the photo shows off the ink that reads “We Here Forever Technically.”

This comes after Kanye Ye celebrated the split of his soon-to-be ex wife Kim Kardashian from comedian Pete Davidson.  In a now deleted post, Ye’s IG featured a photoshopped cover of the New York Times that said Davidson is “dead at age 28” seemingly in response to their break up.

Do you think this trio has a future collaboration in the works or the matching tattoos are random?

The post Kanye West, Lil Uzi Vert and Steve Lacy Pop Up With Matching Tattoos appeared first on The Source. 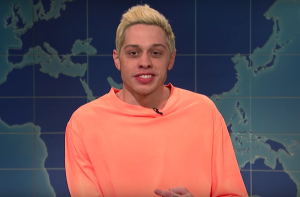 Pete Davidson and Kim Kardashian recently called it quits after only 8 months of dating. Throughout their relationship, Davidson was at the brunt of threatening social media posts and harassment from Kanye. A source close to the family is saying that the SNL star is currently in trauma therapy due to Ye’s threatening social media posts and harassment.

A source close to the family says that Davidson “has been in trauma therapy in large part” due to Ye’s threatening social media posts and constant harrassment of him.

“The attention and negativity coming from Kanye and his antics is a trigger for [Pete], and he’s had to seek out help,” the source said.

The source said, “has no regrets for dating Kim and wants it to be made very clear that she’s been nothing but supportive of him throughout their relationship.”

“Moving forward he just wants to focus on his career.”

Ye’s recent antic came after news of Davidson and Kardashian breaking up. Ye shared a picture of a fake New York Times newspaper, declaring that Pete had died. “SKETE DAVIDSON DEAD AT AGE 28,” the fake newspaper said. Ye even took a shot at Kid Cudi at the bottom of the fake paper, saying “Kid Cudi meant to play funeral but fearful of bottle throwers.”

Rumors circulated saying that Kim was furious at Kanye for posting that. Ye has since taken the post down.

The post Pete Davidson Reportedly In Trauma Therapy Due To Social Media Attacks From Kanye appeared first on The Source.

Kanye West took to his Instagram to react to the split between his ex-wife Kim Kardashian and comedian Pete Davidson after a short-spanned relationship. Kanye West responded to the break-up news between Pete Davidson and his ex-wife Kim Kardashian in a now-deleted post on Instagram. West took the disturbing post down after Kim reportedly asked […] 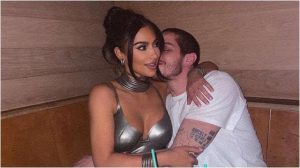 Kim Kardashian and Pete Davidson have wrapped up their romance. A source tapped in with E! News and said the two decided to call it quits after nine months of a whirlwind romance.

The source cited that their schedules and distance “made it really difficult to maintain a relationship,” while adding the couple still has “a lot of love and respect for each other.”

That respect does not extend to Kanye West, Kardashian’s ex-husband, who has repeatedly hurled insults and more at Davidson.

Hitting Instagram, Kanye West shared a photoshopped edition of The New York Times in celebration of the break-up. The paper reads: “Skete Davidson Dead at Age 28”

When Kanye came out in support of Donald Trump in 2018 it took many by surprise. Many thought that the artist who once said on national TV that “George Bush doesn’t care about Black people” when seeing the U.S.’s response to Hurricane Katrina had switched sides and was now the very person he had once been spoken up about. Not only did Ye’s support of Trump put a bad taste in many of his fans, but it also hurt some relationships with people he was once close with.

In a recent interview with David Axelrod, John Legend spoke on how Kanye’s support of Trump, and his own 2020 presidential run affected their friendship. “Well, you know, we aren’t friends as much as we used to be because I honestly think because we publicly disagreed on his running for office, his supporting Trump,” Legend said. “I think it became too much for us to sustain our friendship, honestly.”

When speaking on Wests failed attempt at running for POTUS, Legend said that he, along with others, were not supportive of Kanye’s decision to run. This caused even more strain on their friendship. ”I wasn’t alone in that, but, you know, he was not happy about that,” he said. “And we really haven’t been close since then.”

When asked in what ways does he think Kanye is misunderstood, Legend said that Ye is “very open” and “very real” about everything and that he is the same person in private as he is in public.

I think he’s been very open with who he is and his struggles with mental health. And he’s very real, honestly …” he explained. “Like he’s been pretty upfront with his opinions, his struggles, all the things that he’s dealing with. And I think what you see with him is pretty much what you get. I don’t feel like he’s a whole separate person in private than he is in public. I think you’re pretty much seeing the real Kanye publicly.”

You can listen to the full podcast here.

The post John Legend Speaks On How Kanye’s Pro Trump Support Affected Their Friendship appeared first on The Source.

Kanye West blasted a footwear company he’s been working with for years. The “Famous” rapper claims they’re using his styles without his consent. Chicago rapper Kanye West called out Adidas for doing Yeezy day without his input. Ye pointed out how Adidas has done everything without him signing off on the decisions: “Adidas made up […]

The post Kanye West Calls Out Adidas For Announcing ‘Yeezy Day’ Without His Permission appeared first on SOHH.com. 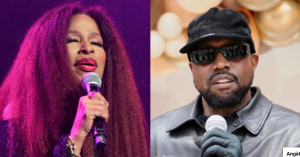 According to soul songstress Chaka Khan, her and Kanye West won’t be hugging it out anytime soon as the “AIn’t Nobody” singer reveals that she’s still upset about West using her voice on his 2003 hit “Through The Wire” from his 2004 College Dropout album.

During an interview with FOX5 New in D.C., correspondent Marissa Mitchell asked Khan about the “Through The Wire” sample, which was taken from her 1984 smash ht “Through The Fire”.

Mitchell asked the singer if she’s heard from Ye after her public criticisms of him and says that she hasn’t heard from Yeezy and furthermore, doesn’t need or want to hear from him.

The post [WATCH] Chaka Khan: “I Don’t Need To Hear From Kanye” About Unauthorized “Through The Wire” Sample appeared first on The Source. 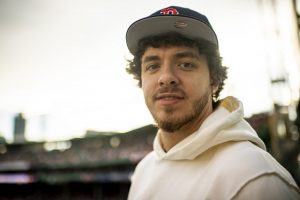 Everybody is entitled to their opinion, no matter how outlandish it might be, and some opinions are better than others.

Now it’s no secret that Jack Harlow has had an amazing year, dropping one of the years biggest albums (so far), having a chart topping single, getting a Drake feature, and even his own meal at KFC. Harlow’s success so early in his career has led many to believe that he will become the next rap superstar. Apparently boxer Ryan Garcia thinks so, and thinks his success will be Yeezy level.

Garcia took to Twitter where he told his followers that “Harlow the new Kanye.”

Garcia was then flamed in the comments section for his take, with many people bringing up the lackluster writing that Harlow was criticized for in his latest album.

Ryan saw himself getting flamed in the comments and defended his statement, saying that Harlow reminds him of a younger Kanye in that they both have catchy bars.

Garcia then went on to quote one of Harlows lyrics in a follow up tweet, saying “You dont need Givenchy, you need Jesus.”

While people might not agree with Garcia’s take, Kanye himself has co-signed the Kentucky rapper. In a now deleted Instagram post, Ye talked about Jack Harlow, saying ““This n*gga can raaaaaaap bro And I’m saying n*gga as a compliment Top 5 out right now.” Harlow was also featured on Kanye’s Donda 2, which has only released on the stem player website.

Wreck your Maybach and get a new one. That’s exactly what happened for A$AP Bari, who received a new ride from Kanye West after he crashed his old Maybach SUV.

According to TMZ, the A$AP Mob co-founder showed off the new ride on Instagram and thanked Kanye West for replacing the wrecked one.

The fully kitted ride is officially ready to roll for Bari, who scribed a message to Ye on Instagram: “My brother for life.”

You can see the new whip below.

The post Kanye West Buys A$AP Bari a New Maybach SUV to Replace Wrecked One appeared first on The Source.

In a clip from the upcoming episode of Drink Champs with N.O.R.E., and DJ EFN, Consequence revealed that Kanye, now known as just Ye, was supposed to join A Tribe Called Quest for their final album.

Consequence said that Ye considered joining the legendary group for their final album after Phife Dawg’s untimely passing in 2016. However, the consideration was eventually unfulfilled.

“Here’s something to go viral,” Cons said when answering questions about Ye and his time in Wyoming. “What many people don’t know is that Kanye, at one point, was supposed to join Tribe for the last album.”

N.O.R.E. and EFN were left stunned at the reveal. N.O.R.E. then asked for clarification, wondering if Ye was supposed to join ATCQ before or after Phife passed, to which Consequence responded that Ye would join the group after.

“Kanye was gonna join Tribe,” he added. “That’s why he’s actually on the ‘Killing Season’ record.”

You can watch the clip below.

The post Consequence Reveals That Kanye Was Supposed To Join A Tribe Called Quest For Their Final Album appeared first on The Source.