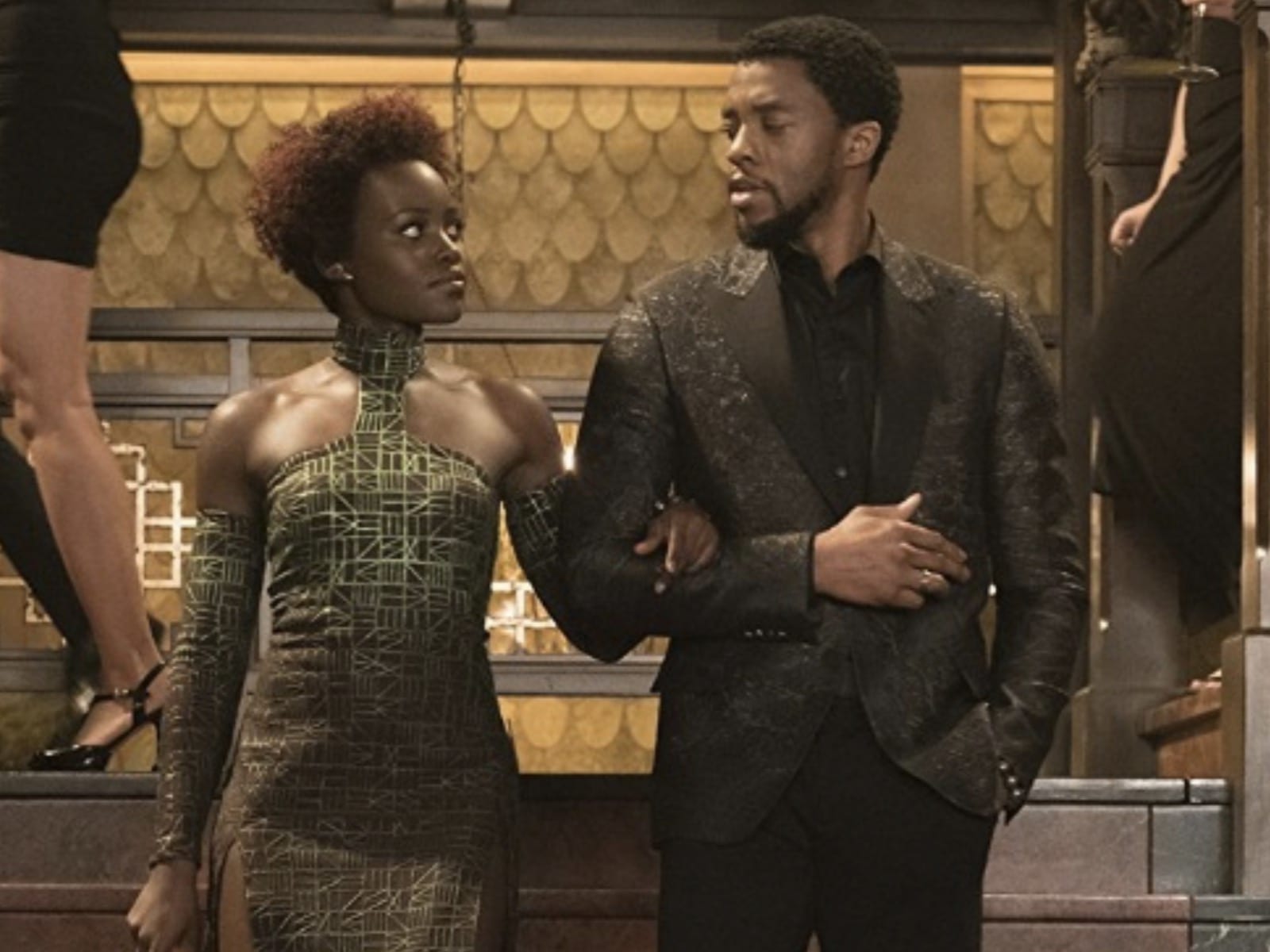 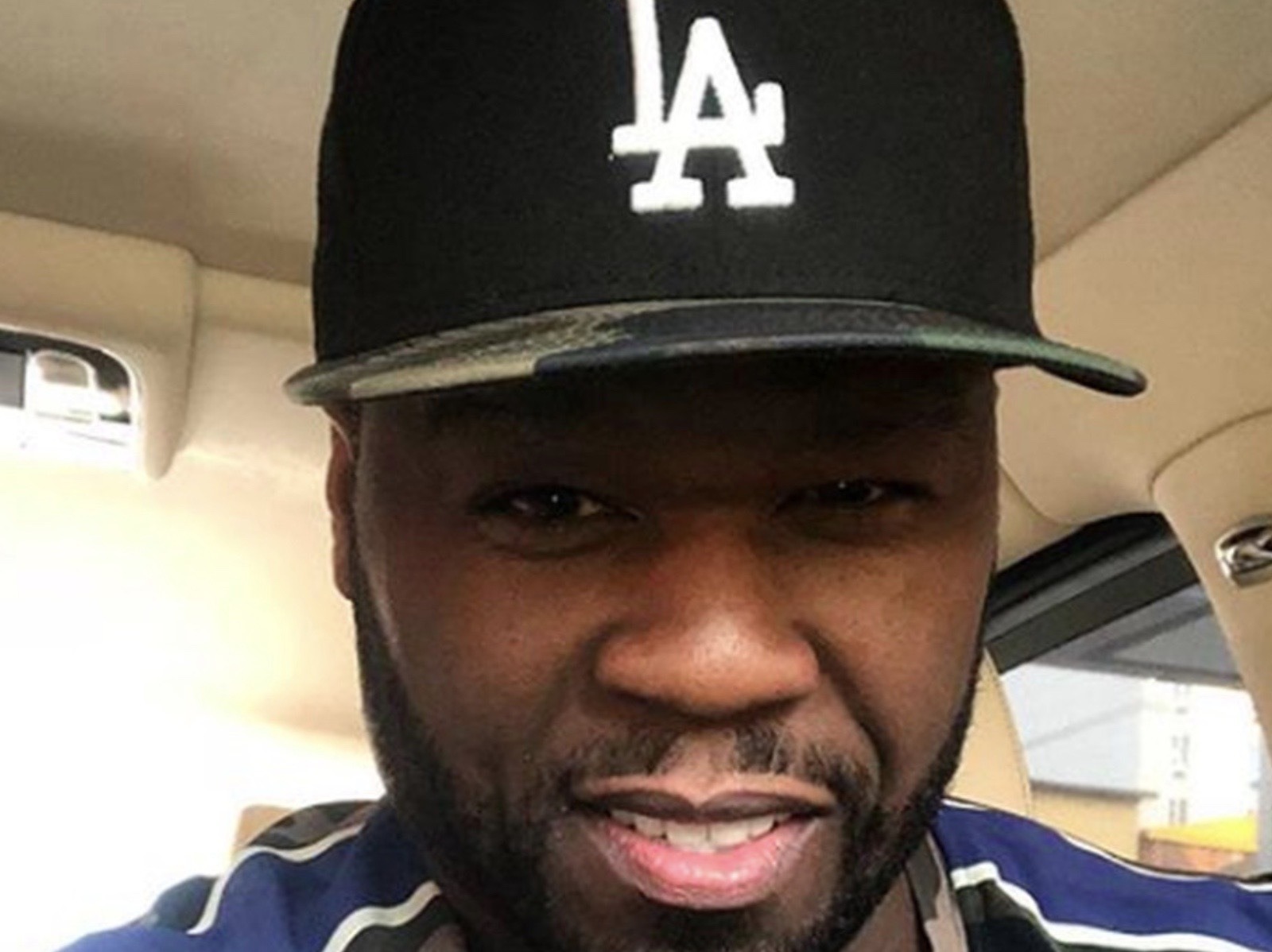 You knew 50 Cent wasn’t going to let this one go. Rap’s most incessant instigator shared a headline about his forever rival Ja Rule having issues with the IRS, and couldn’t resist putting Ja on blast. 50 Cent Laughs At Ja Rule’s Problems Grammy-nominated rapper/actor Ja Rule is in some financial trouble, as he and […]

Hip-hop veteran Eminem is seeing immediate returns on his decision to enter the non-fungible token (NFT) market. One week after the Grammy-winning lyricist dropped his own collection of NFTs, sales are reported to be nearing $2 million. Eminem’s NFT Drop Has Been A Huge Success Eminem partnered with Nifty Gateway to release a series of […]

The King Klick pay homage to Point Blank alongside (həd) p.e. & Madchild in a mini-movie for their debut single “We Want It All” that dropped earlier this morning. The label Suburban Noize Records issued a statement attached to the video this evening announcing that the King Klick is a trio consisting of Chucky Chuck, Johnny Richter & Obnoxious. Together, the supergroup is in the midst of finishing their eponymous debut album coming later in the year. 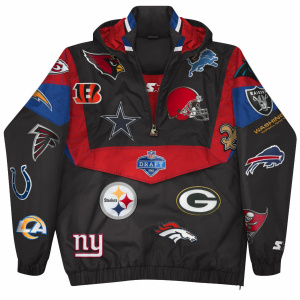 The National Football League and Kid Cudi have teamed up to create a one-of-a-kind Starter pullover jacket to commemorate the 2021 NFL Draft, taking place April 29-May 1 in Kid Cudi’s hometown of Cleveland, Ohio.

The symbolic Starter jacket showcases the NFL Shield, all 32-team logos, and Kid Cudi’s Moon Man logo in a mix of embroidered and chenille patches. The jacket features an all-over logo design, a hidden front pocket, an elastic waistband and cuffs, and a hood with drawstrings. Additionally, we get toggle closure on the neck. This piece is made of crinkled nylon material with poly satin lining for the interior.

This drop is a 180-degree turn from the rapper’s very polarizing fashion choices when he recently appeared as the musical talent on Saturday Night Live. As a tribute to Kurt Cobain, he sported a Virgil Abloh designed dress that featured a floral print that resembled the infamous dress the Nirvana frontman once wore.

“Virgil designed the dress for me. I told him I wanted to show love to Kurt w a floral print sundress and this man made a masterpiece. Thank You  @virgilabloh ur a f***in genius!! Love you man we did it!!!” Cudi wrote on Twitter.

The Kid Cudi x NFL limited-edition Starter jacket is available now. You can purchase here at a price of $275.00 USD.

The Grammys are making a major change.

The Recording Academy has voted to remove its controversial nominations review committees, reports The New York Times. These anonymous expert groups, which have been in place since 1989, review the initial nomination choices from voting members and ultimately decide who makes the cut in 61 of the Grammys’ 84 categories.

We made significant changes to our GRAMMY Awards process that reflect our ongoing commitment to evolve with the musical landscape and to ensure that the #GRAMMYs rules and guidelines are transparent and equitable.

In recent years, the “secret” committees have faced criticism from artists including The Weeknd, who famously blasted the Grammys after being shut out of the 2021 nominations despite the success of his latest album, After Hours.

“The Grammys remain corrupt. You owe me, my fans and the industry transparency…” he tweeted in November.

The Grammys remain corrupt. You owe me, my fans and the industry transparency…

Later, the “Blinding Lights” singer told The New York Times that he planned to boycott the show until the committees were eliminated. “Because of the secret committees, I will no longer allow my label to submit my music to the Grammys,” he said.

On Friday, the Recording Academy’s board of trustees met and approved the change to cut the nominations review committees. “It’s been a year of unprecedented, transformational change for the Recording Academy, and I’m immensely proud to be able to continue our journey of growth with these latest updates to our awards process,” Harvey Mason Jr., the Academy’s interim president and CEO, said in a statement.

“This is a new Academy, one that is driven to action and that has doubled down on the commitment to meeting the needs of the music community. While change and progress are key drivers of our actions, one thing will always remain — the Grammy Award is the only peer-driven and peer-voted recognition in music,” he continued. “We are honored to work alongside the music community year-round to further refine and protect the integrity of the awards process.”

The committees are being eliminated for the four top prizes (Album, Song, Record, and Best New Artist) and all genre categories, but review panels will remain for 11 craft categories covering awards for production, packaging, album notes, and historical recordings.

New York rapper Tekashi 6ix9ine‘s former girlfriend and baby mother is on the road to recovery. Sara Molina is reportedly resting up in South America following a surgery operation and liposuction causing her severe pain. Tekashi 6ix9ine’s Ex Suffers Pain After Surgery According to reports, Molina went out to Colombia for a series of five-hour […]

Kelly Rowland had a Destiny’s Child reunion while giving birth.

The “Black Magic” singer reveals that her “sisters” Beyoncé and Michelle Williams were watching on Zoom when she gave birth to her second son Noah in February.

“We had our family join on Zoom,” Kelly told “PEOPLE (The TV Show!).” “They were able to see Noah come into the world. It was beautiful.”

After Kelly left the hospital, her bandmates rushed to see Noah in person. “It was like another part of my heart just… Being able to share space with Michelle and Bey is truly a gift,” she previously told “Entertainment Tonight.”

“And I’m just so grateful for them and they are a highlight of my life. Not professionally, but our friendship and our sisterhood — you’re going to make me cry.”

In February, Kelly returned to music with her six-track EP K.