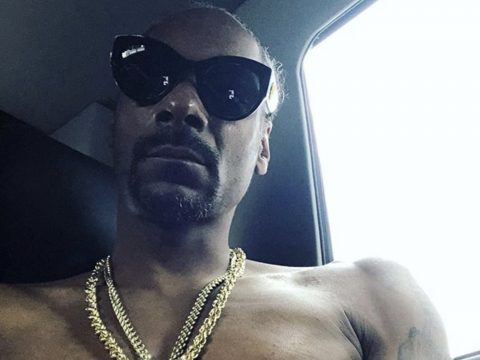 Big Facts: This week, Snoop hit up Instagram to share a throwback Johnson pic and pay homage to his legacy.

The former professional wrestler Brian Blair, another 1980s WWE star, was friends with Johnson for many years and they still went to church together in Tampa, Florida. Blair said that Johnson had complained of an unspecified illness and lately had missed church. Blair said Johnson’s wife, Sheila, was distraught over her husband’s death. (The Guardian)

Before You Go: Rocky Johnson blew up in the 80’s and made WWE history as being part of the organization’s first-ever African American championship duo.

Johnson, who was living in the Tampa Bay area, passed away Wednesday. Rocky “Soulman” Johnson — started out in the National Wrestling Alliance in the 1960s, but got widespread notoriety when he joined the WWE in the 80s. He and Tony Atlas became the league’s first African-American tag team champions as The Soul Patrol. (TMZ)

Snoop Dogg’s munchies may have been onto something! The rap icon has teamed up with Dunkin Donuts to introduce his new glazed donut breakfast sandwich.

The bite is called the “Beyond D-O-Double G Sandwich.” It is a breakfast sandwich made with a plant-based sausage patty, egg, cheese, and topped with two glazed doughnuts.

“When I got the chance to work at Dunkin’ for the Beyond Sausage Sandwich launch, I got to thinking about what other Beyond Meat sandwiches we could create. Being around my favorite glazed donuts got me inspired, so today we are dropping The Beyond D-O-Double G Sandwich at Dunkin’ restaurants nationwide,” The Westcoast rapper said in a press release.

The D-O-Double G Sandwich would mark the second collaboration between Snoop and Dunkin Donuts. In November of 2019, the 48-year-old became a Dunkin Beyond Meat Ambassador. He will also be teaming up with Dunkin to launch a pop-up shop for fans, titled “The Beyond Collection.” It’s set to feature limited-edition joggers, sweatsuits, bomber jackets, and more inspired by Snoop Dogg’s outfit in the Dunkin Donuts commercials. The release date for the pop-up shop has not been released yet but if you are interested in trying the Beyond D-O-Double G Sandwich, then it will be released on January 19th for fans to try!

The post Snoop Dogg Teams Up With Dunkin Donuts to Introduce New Breakfast Sandwich appeared first on The Source. 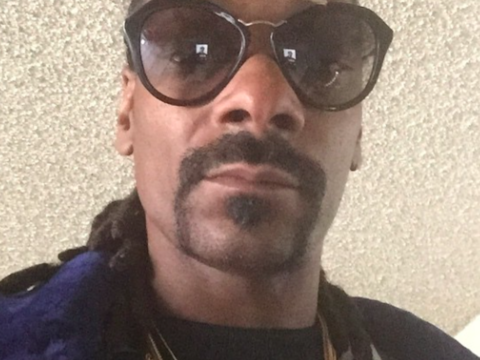 West Coast rap legend Snoop Dogg has nothing but love for one of the greatest of all time. The hip-hop veteran has saluted LL Cool J on his born day.

Big Facts: This week, Snoop Dizzle hit up Instagram to shout-out Cool J and explain how much of a positive impact he had at the start of his music career. 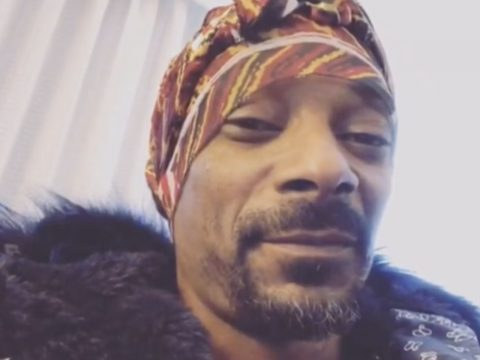 West Coast rapper Snoop Dogg is always with the jokes. The hip-hop veteran went online this week to share an epic Tupac Shakur meme directed toward unemployed men all around the world. Look and comment below! 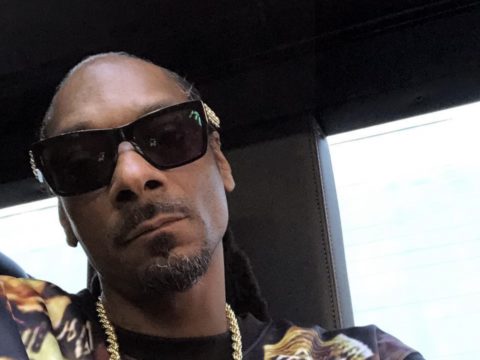 West Coast rapper Snoop Dogg is pulling for Miami’s own. The hip-hop entertainer has shared some positive words aimed at Trick Daddy following his weekend arrest.

Big Facts: This past weekend, Snoop Dizzle hit up Instagram with a message about the importance of supporting black men instead of focusing on the negative coverage.

Wait, There’s More: According reports, the bust went down this past weekend in Florida.

According to the police report, a Miami-Dade officer responded to a report of a driver hitting signs and running red lights in a dark colored Range Rover in the area of Southwest 128th Avenue and 42nd Street in Miami around 3:20 a.m. When the officer approached the driver’s side, he saw that the driver “appeared to be asleep behind the wheel.” (Miami Herald)

Before You Go: Trick ultimately failed a sobriety test and landed in a police station.

The report said Young had slurred speech, bloodshot, watery and glassy eyes, and that the officer smelled alcohol on his breath. Police said Young failed a field sobriety test and was taken to a station, where police found cocaine in his belongings. Young was already wanted on a warrant for driving under the influence. (WPTV)

The post Snoop Dogg Comes To Trick Daddy’s Rescue After Internet Roasts His Mug Shot: “N****s Will Always Share Some S**t What A N***a In Trouble” appeared first on . 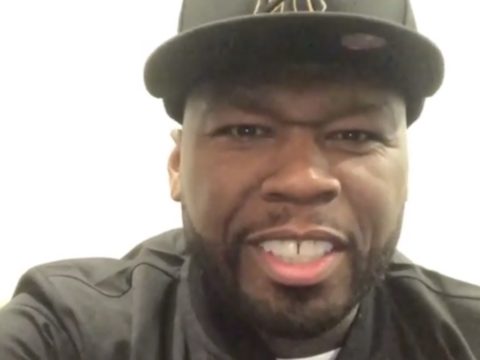 Big Facts: On Monday, 50 and Snoop didn’t hold back on sharing thoughts on the viral clip.

High-Key Details: Despite the Internet’s savagery, Kanye is reportedly not the person on the horse.

Kanye West seemed to have a rough start to this week’s Sunday Service after he allegedly fell off of a horse he was riding into the church, but it turns out the viral video is NOT him. The clip went viral on social media Sunday morning, and it features a person riding atop a horse making an entrance into a church service. (The Blast)

Before You Go: Recent reports claimed Ye plans to take his Sunday Service program across the world.

TMZ’s learned the rapper plans to go global with his gospel movement in 2020, and has his sights set on locations in Europe and Africa to start. We’re told his muse and sole focus in the new year is to bring the word of God to people via his Sunday Service. Our Kanye sources say he has no interest in traditional touring for his music anymore, but he does plan to keep recording gospel tunes with his choir … which he continues to fund on his own. (TMZ)

The post 50 Cent + Snoop Dogg React To Kanye West’s Cringe Sunday Service Fall: “I Don’t Understand, Why Was He On The Horse” appeared first on . 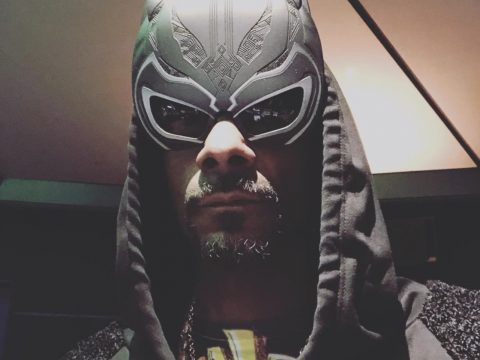 West Coast rapper Snoop Dogg is out here kicking facts. The hip-hop veteran has lit up social media with a low-key big knowledge gem about putting your all into someone’s online pics.

Big Facts: This past weekend, Snoop shared a hilarious meme illustrating the importance of seeing a stranger’s full body shots.

On A Related Note: Recently, North Carolina rapper DaBaby hit up Twitter to dish on why social media shouldn’t be relied on to address real matters.

Wait, There’s More: The rap heavyweight also made sure to let people know he’s not depressed or sad.

The post Snoop Dogg Reminds Everyone Of The One Sneaky Danger No One Can Avoid On Dating Apps + Social Media appeared first on . 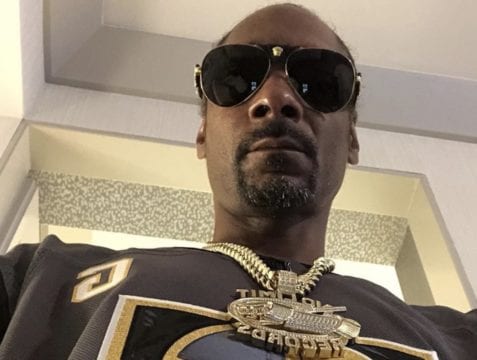 West Coast rapper Snoop Dogg will look 100 percent different if he ever loses his hair. The hip-hop veteran went to Instagram Thursday to show the world what he’d look like if he ever rocked a bald head. Look and comment below!

The post Look: Snoop Dogg Shows Everyone What He’d Look Like Bald + Donning A Face Tattoo appeared first on . 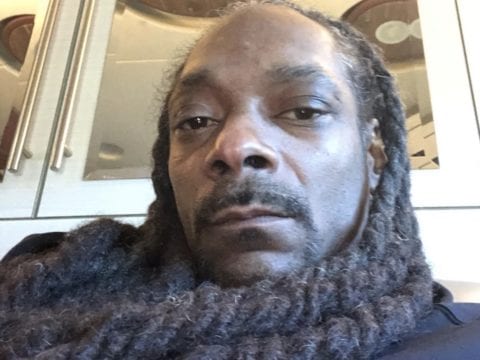 Snoop Dizzle returned to Instagram Thursday to share his frustrations with his Lakers losing a close game last night to the hometown rival Clippers.

Despite a hard-fought game, the Clippers managed to edge Snoop’s Lakers 111-106.

The post Snoop Dogg Keeps Roasting His LA Lakers – “Don’t Open No Gifts Till U Open The Gym + Work On Ya 3z” appeared first on . 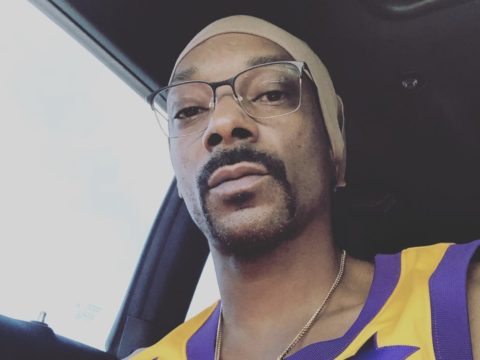 West Coast rap legend Snoop Dogg is big mad. The hip-hop veteran and diehard Los Angeles Lakers fan has aired out the Lake Show over coming up short Christmas night against the hometown rival Clippers. Watch and comment below!

The post Watch: Snoop Dogg Airs Out LeBron James’ LA Lakers After X-Mas Day Upset – “Too Many H*es On Our Team” appeared first on .