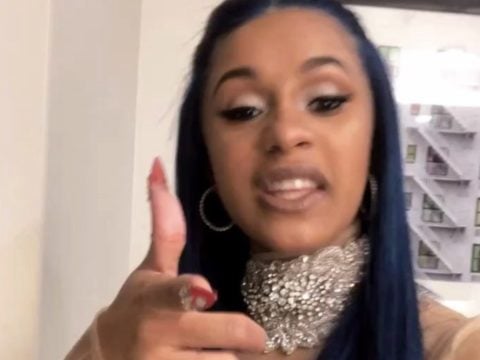 New York rapper Cardi B is really, really, really feeling herself right now. The hip-hop star hit up social media this week to geek out over making some serious history.

Cardi went to Instagram Monday (September 24) to toot her own for becoming the first female rapper with three Hot 100 #1 singles.

A few days ago, buzz developed about the NFL possibly targeting Cardi and Houston rap star Travis Scott to pull through as halftime guest performers.