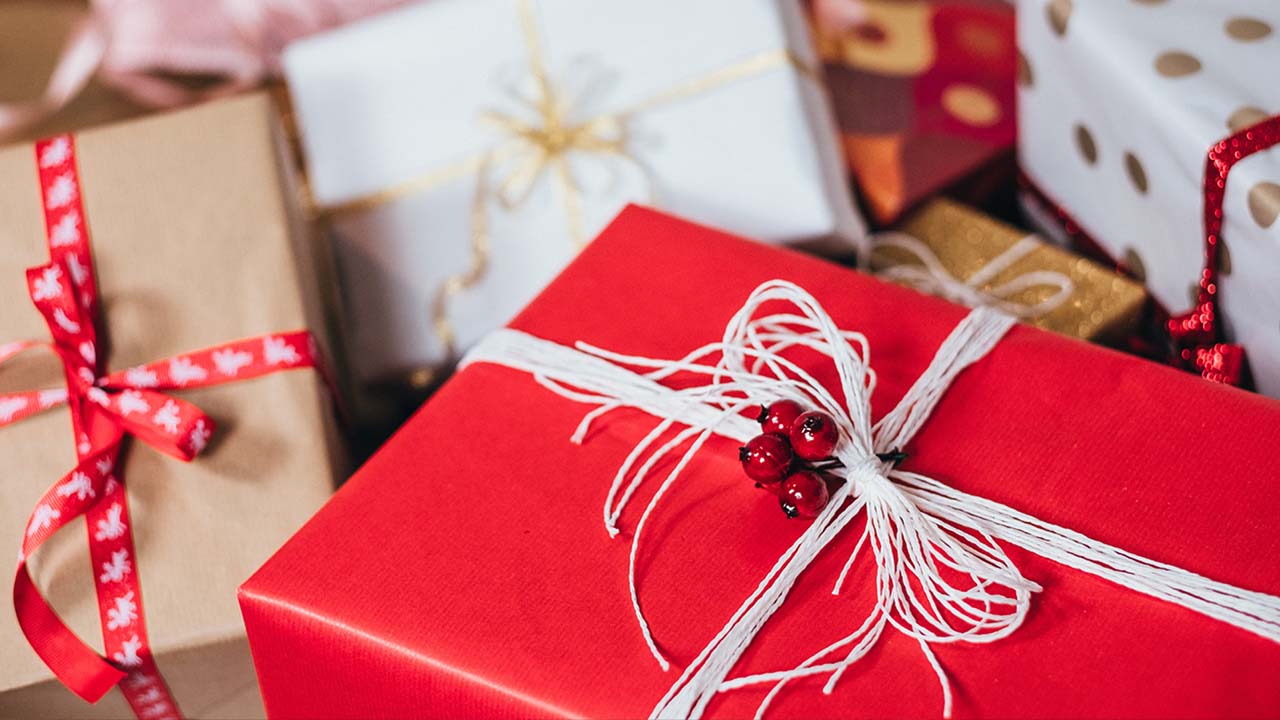 Is your bae a hard-core hip-hop fan?  Does she love Cardi B?  Is he Tyler The Creator’s biggest fan?  It’s just a few days till Christmas time and you may still be on the hunt for the perfect gift. Whether it’s a birthday gift for your Sagittarius friend or a treat to put in the […] 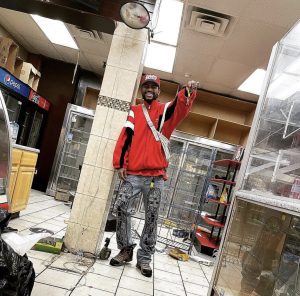 If you are in Harlem, make sure you shop with Dave East. The rapper and now business owner hit Instagram and announced the purchase of his first store and saluted Nipsey Hussle for the inspiration.

“Bought my first store today,” Dave East wrote on Instagram. “I told Nipsey he laid the blueprint for real ones everywhere. Wish Shooter could see this shit. Coming soon 2022. Couldn’t have made this happen without @queenofharlem The realest!” 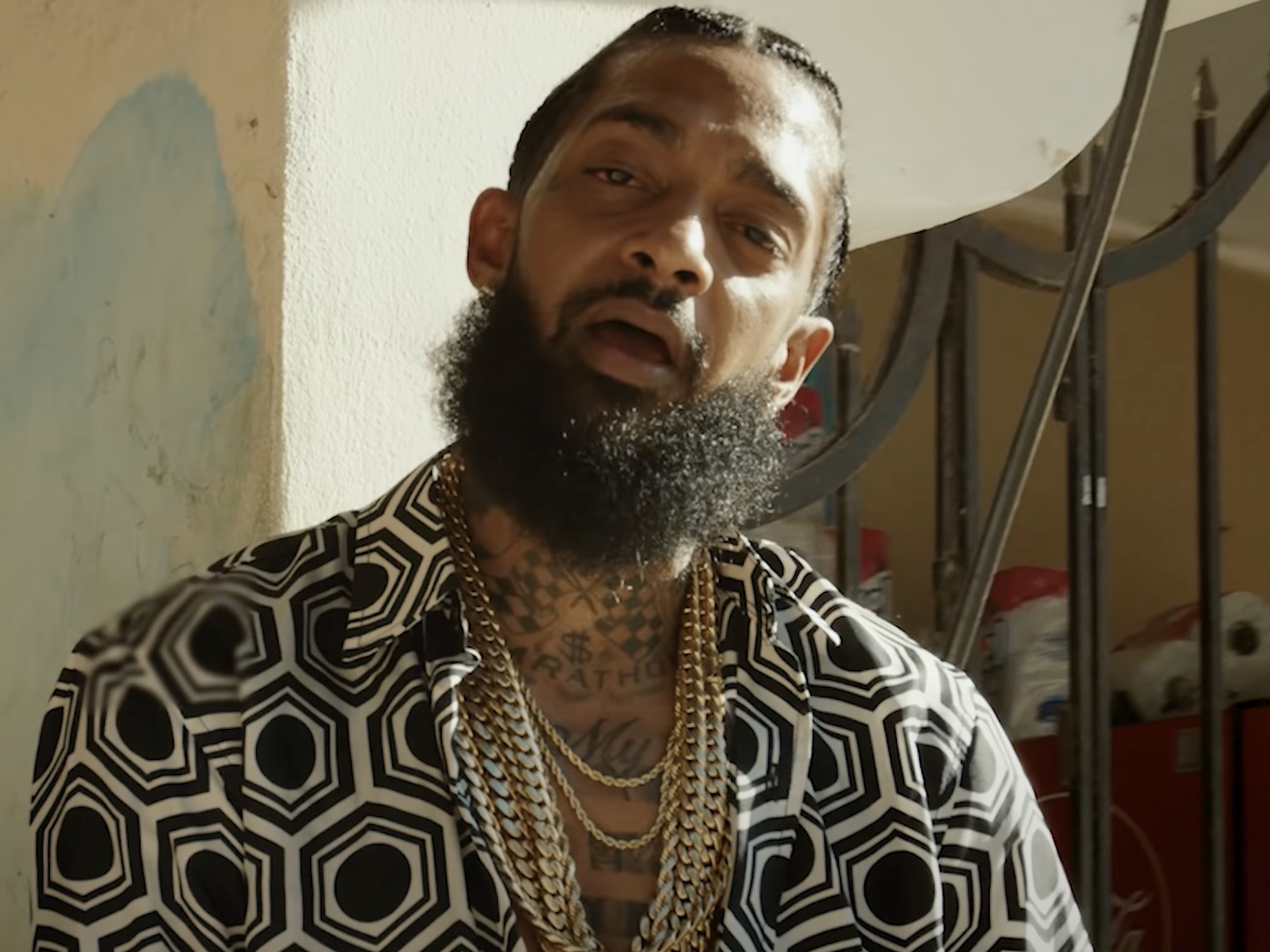 Nipsey Hussle’s The Marathon Clothing x Blankos collab drops this week in Blankos Block Party, a free Play-to-Earn party game from Mythical Games. Just prior to his death, Nipsey spoke prophetically about the power of the blockchain economy as an “equalizer” to uplift black communities. Nipsey’s Clothing Line Set To Release NFT’s The Marathon Collection […] 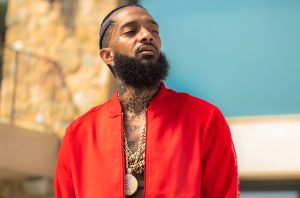 TMZ notes websites are being sued for creating and selling fake Marathon merchandise clothing. The suit is led by Nipsey’s Brother, Samiel Asghedom, who claims Chinese retailers use registered trademarks like the “Crenshaw” logo on merchandise.

The lawsuit is filed in federal courts in Illinois due to foreign e-commerce websites focusing on selling to Illinois residents. The sites are also believed to be in coordination and using different operating systems and domains.

The estate is seeking all profits from merch sales or $2 million per infraction. 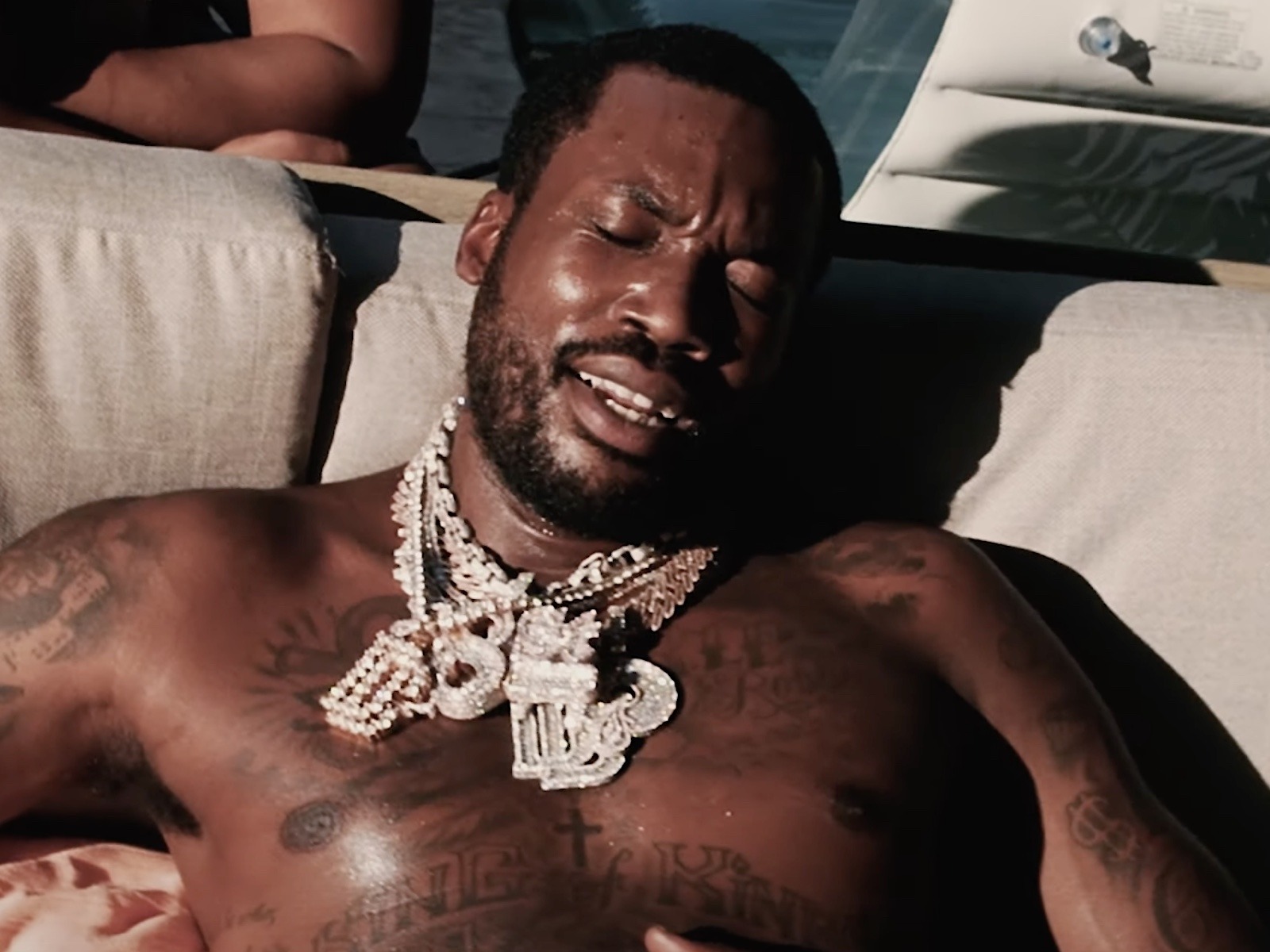 Hollywood actress Lauren London knows the importance of August 15. The popular entertainer has stepped forward to remember her late king and soulmate Nipsey Hussle on his 36th birthday. Lauren London Pours Her Heart Out LL went to her Instagram page to share a throwback pic of Hussle shirtless and smiling. She used the caption […] 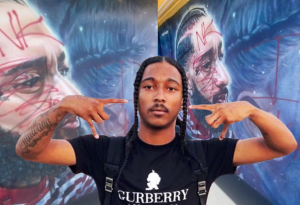 According to several confirmed reports, Los Angeles rapper Indian Red Boy was shot and killed while on Instagram Live and it is reported that the rapper was killed for disrespecting a mural of slain L.A. legend Nipsey Hussle. He was 21 years old.

21-year-old Zerail Dijon Rivera was killed during an IG Live broadcast, which was caught on camera, but swiftly removed from all social media due to its graphic nature. Red Boy was in a conversation with another man on the broadcast when the gunshots went off.

The L.A. County Fire Department confirmed the death of the rapper in Hawthorne, CA around 4 PM PST on Thursday.

Even though no official motive has been confirmed, it is alleged that Red Boy was killed in retaliation for disrespecting a Nipsey Hussle mural. TheSource.com will update the story to confirm the motive behind the killing. 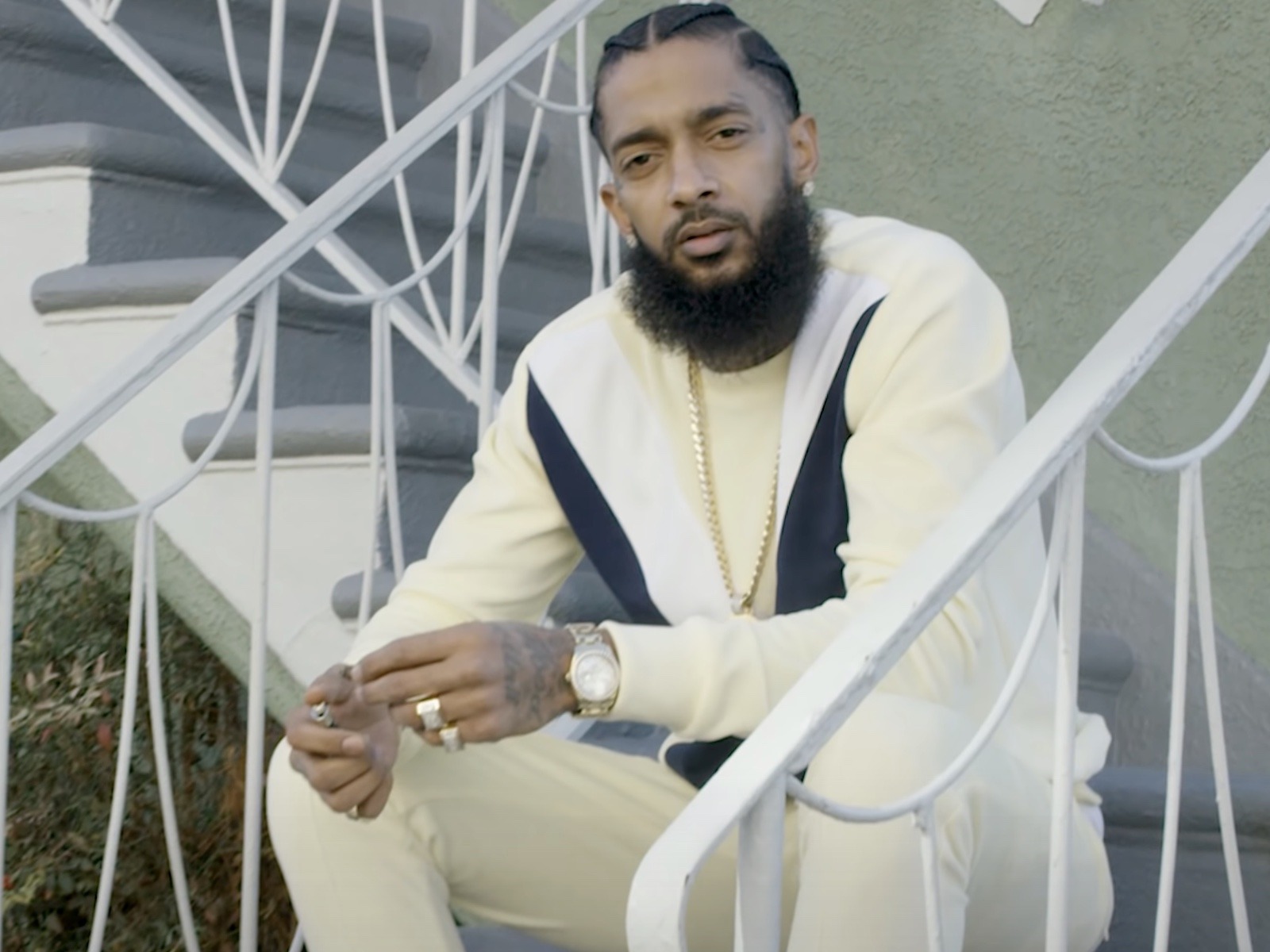 The family of late West Coast rapper Nipsey Hussle will have to wait for justice. The newest lawyer of the accused murderer says the trial should go to court by next winter. Nipsey Hussle’s Family To Wait For Justice Justice might not come until 2022, which will be almost three years since the Crenshaw native […] 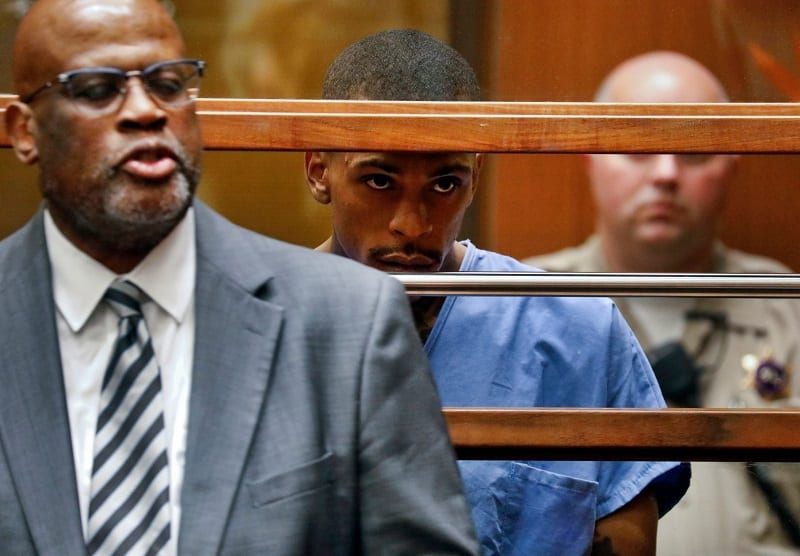 Eric Holder, who is infamously known for allegedly killing Nipsey Hussle, has a new defense team for his legal battles.

Aaron Jansen was appointed to Holder’s case after Christopher Darden stepped down citing threats to his family.

“A lot of the work was done by my predecessor. Hopefully, by the end of the year, maybe early December, we can go to trial,” Jansen told the Daily News after the court agreed to postpone the trial.

Jansen was tight-lipped about his plans for Holder’s defense but he did give a hint.

“He does have a significant mental health history,” he said of his client. “One of the things affecting him [in March 2019] was that his mother had just passed away. He was pretty despondent.”

Eric Holder pleaded not guilty to gunning down Nipsey Hussle outside of his Marathon clothing store.

This case was postponed multiple times due to the coronavirus then again after the judge retired. The trial is now set for December.

The post Nipsey Hussle’s Alleged Killer Has ‘A Significant Mental Health History’ According To His New Lawyer appeared first on The Source. 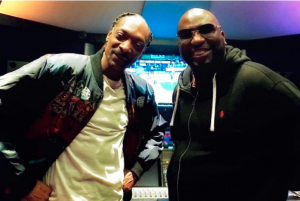 Rap/Hip-Hop music icon and philanthropist, Calvin “Snoop Dogg” Broadus, Businessman/Philanthropist Michael Harris, and the late rapper and business man, Nipsey Hussle are this year’s honoree for the Black Business Association (BBA), “Virtual Salute to Black Music Awards” on Thursday, June 24, 2020 at 5:30 – 7 PM. The BBA is the oldest ethnic business organization in the State of California and will host its Annual event held in recognition of Black  Music Appreciation Month.

The BBA is excited to announce it will honor Calvin “Snoop Dogg” Broadus, with the “Lifetime Legacy Award”,and Michael Harris, with the “Business Pioneer Legends Award”.  They will also honor Nipsey Hussle posthumously the “Distinguished Business Advocate Award”.

In keeping with the event theme, “The Business behind the Music”, the (BBA) recognizes the honorees for their contributions of these esteemed honorees in the advancement of African-Americans in the music Industry. Now, more than ever the (BBA) recognizes that in light of the current Black Lives Matter Movement; there is an even greater imperative, to acknowledge those that help to propel Black Lives into success. Among past Honorees are; Clarence Avant, Berry Gordy, Dick Griffey, Smokey Robinson, Siedah Garrett, Janet Jackso, and Jheryl Busby to name a few.

The post Snoop Dogg, Michael Harris And Nipsey Hussle To Be Honored At The Black Business Association’s “Virtual Salute to Black Music” appeared first on The Source.