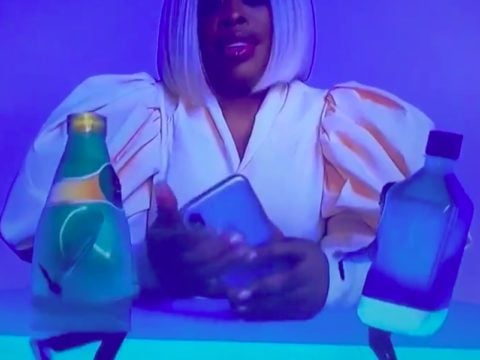 Grammy-winning rapper Kanye West and Lil Pump delivered an unforgettable “I Love It” appearance this weekend. The duo teamed up to perform their smash single on “Saturday Night Live.”

Shortly after midnight, Kanye and Pump both hit the stage dressed as luxury water brands to perform a censored version of “I Love It.”