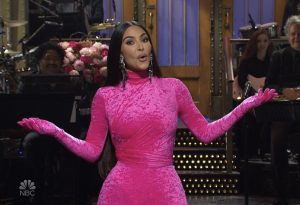 Kim Kardashian West has everyone talking after her SNL debut.

The Reality TV Star and business woman took on the role for the first time, giving what fans called a “savage” monologue in a hot pink velvet body-con jump suit.

She used the monologue to poke fun at her family. Kim joked that she is happy that no one can call her a gold digger. “Honestly, I’m not even sure how you become one,” she explained. “So I asked my mom’s boyfriend, Corey [Gamble].” No one from the family was safe, even joking on her own sex tape and rumored paternal parent O.J Simpson.

The SKIMS founder was definitely a great sport on SNL and had the internets buzzing. Here are some Tweets circulating social media below.

Share your thoughts on Kim’s SNL debut with us on social media. 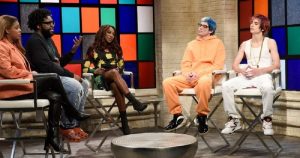 Questlove is a staple on NBC, he and the legendary Roots crew are the house band on the Tonight Show with Jimmy Fallon, but this past Saturday he took his talents to Saturday Night Live.

The skit highlighted a Hip-Hop round table bringing in a couple of SoundCloud rappers in Pete Davidson and host Timothée Chalamet.

The duo was named Guaplord and $mokecheddathaassgetta, Not sure how real-life rapper Quapdad 4000 will feel about that, and created a single titled “Yeet.”

You can check out the skit in full below. 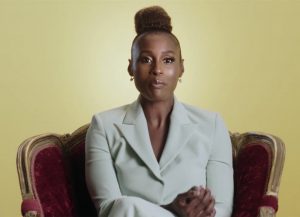 At the end of the segment, Thompson said the race was “between Donald Trump, Joe Biden and Kanye West,” and that’s when Issa Rae’s character quipped, “Kanye? F him.”

Kanye took to Twitter Sunday morning to respond to the joke. “I’ve always said ‘SNL’ uses black people to hold other black people back. My heart goes out to Issa Rae. I’m praying for her and her family. I know that the twenty years of service that I’ve paid in the entertainment field has furthered our ability to be more successful,” he said attaching a screenshot of the results of her Google search.

Rae didn’t respond to Ye’s response, but there’s no real reason to. It was a joke and it is F him in regards to the Presidential election.

The post Kanye West ‘Prays For’ Issa Rae After She Said F Kanye on ‘SNL’ appeared first on The Source. 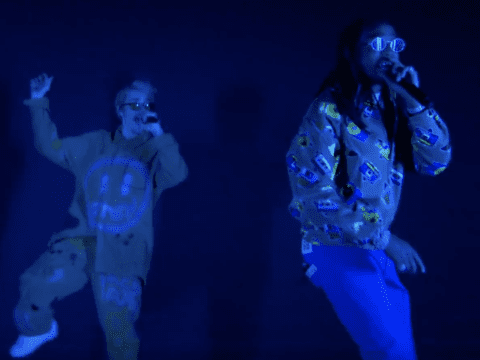 Pop superstar Justin Bieber had all eyes on him during this weekend’s “Saturday Night Live” broadcast. The award-winning crooner hit up the popular NBC show for a Quavo-featured “Intentions” and “Yummy” performance. Watch and comment below!

Martin Lawrence is the quintessential comedian of the ’90s. He is recognized for his jocular, raunchy jokes and his blatant Hip-Hop flair. The rawness of Lawrence’s raunchy nature has created some of the most memorable moments in the comedy world despite how disciplinary it is.

The Martin sitcom star recently stopped by The Breakfast Club with Will Smith to promote their new movie, “Bad Boys for Life,” the long-awaited sequel of the Bad Boys film series. When asked by Charlamagne tha God if he was still banned from SNL, in signature fashion, the iconic comic responded and jokingly said, “I don’t give a damn.”

According to the actor, he is not banned from SNL and is on good terms with the late night sketch show.

“I’m not banned from SNL. They banned me from NBC at the time for a minute. But then they realized the way it went down wasn’t what they thought and then they sent me an apology letter.”

On February 19, 1994, Martin Lawrence hosted an episode of Saturday Night Live and it was his opening monologue that left a portion of east coast viewers uneasy. He targeted the touchy subject of women’s hygiene and the female genitalia. According to a 1994 report from the LA Times, NBC received almost 200 complaints from furious east coast viewers. The network immediately released a statement and barred Lawrence from making any appearances on any NBC show.

“If I don’t know anything else, I know what it takes to make a person laugh,” Martin told the LA Times. “People have to have the right to laugh, or else you’re going to have a lot more of us going crazy. If you can get past the language and have fun with what I’m talking about, I’m going to help keep you mentally healthy.”

Many fans questioned the reason why Martin was absent from Eddie Murphy’s return to SNL in late December 2019. The legendary comedian appeared on stage with fellow renowned acts Tracy Morgan, Dave Chappelle, Chris Rock, and Kenan Thompson. The presence of Martin Lawrence is an ushered thought when this type of blending takes place.

Despite the climate change of most audiences with the rise of movements like Me Too, Martin does not plan on altering his content. He spoke about the nature of his content on The Breakfast Club and expressed why he stands firm on his decision.

“I don’t compromise my comedy. I never did in the past,” he said. “When I put out ‘You So Crazy’ they wanted me to water in down and give it an R rating and I took an NC-17 just so I can say what I wanted to say.”

When asked about returning to do a comedy special of some sort and if he would water down his comedy, he responded with a pretty assuring message.

“No. I would probably think about it a lot more, what I’m saying out of my mouth just because I have kids now and I care about how it affects them. For the most part, I just want to give people what I’m feeling.”

Martin Lawrence’s decision to remain an unfiltered comic is on a record of consistency and so is his box office presence with the premiere of ‘Bad Boys for Life’ on Friday, Jan. 17 in theaters nationwide.

The post Martin Lawrence on SNL Ban: ‘I Don’t Give a Damn’ appeared first on The Source. 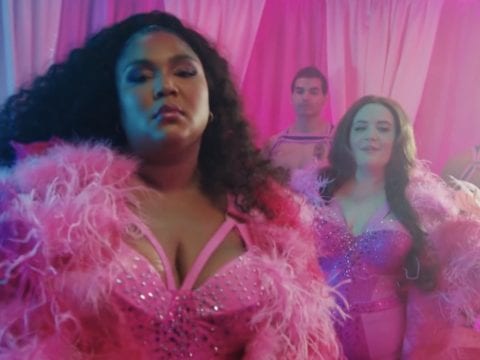 Houston native Lizzo did much more than slay the “Saturday Night Live” stage this weekend. The Grammy-nominated performer appeared in a sketch and turned up on last night’s Eddie Murphy-hosted “SNL” broadcast. Watch and comment below! 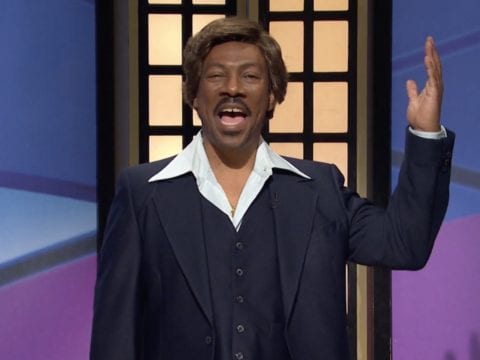 Hollywood icon Eddie Murphy is back-back. The movie mogul made his mighty return to “Saturday Night Live” this weekend to host and star in a handful of epic sketches. Watch and comment below! 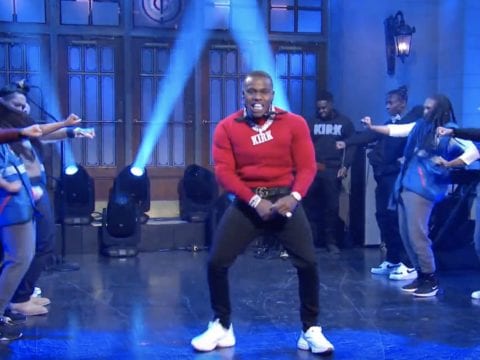 To host or perform on Saturday Night Live means you’ve officially made it, you’re in the big leagues. But what if you were set to host and perform.

On October 12th, Saturday Night Live made the announcement via twitter that the Chicago emcee will be both the host and musical guest for SNL on October 26th.

While this is his first time both hosting and as a musical guest, this is not Chance’s first time on SNL. His first appearance was back in 2016 when he performed his verse on Ultralight Beams alongside Kanye West and Kelly Price. His first time hosting was in 2017 with Eminem as the musical guest. And hey, third times the charm.

Chance is among very few rappers who have been selected to host SNL. Most notably, Drake has hosted and been the musical guest for the show twice this decade. Other rappers that have hosted SNL include Snoop Dogg, Queen Latifah, MC Hammer and Childish Gambino a.k.a Donald Glover.

On Sunday, Chance took to Twitter to share the news, while also tagging Drake, Donald Glover and MC Hammer

The post Chance the Rapper to Host and Perform on Saturday Night Live appeared first on The Source.