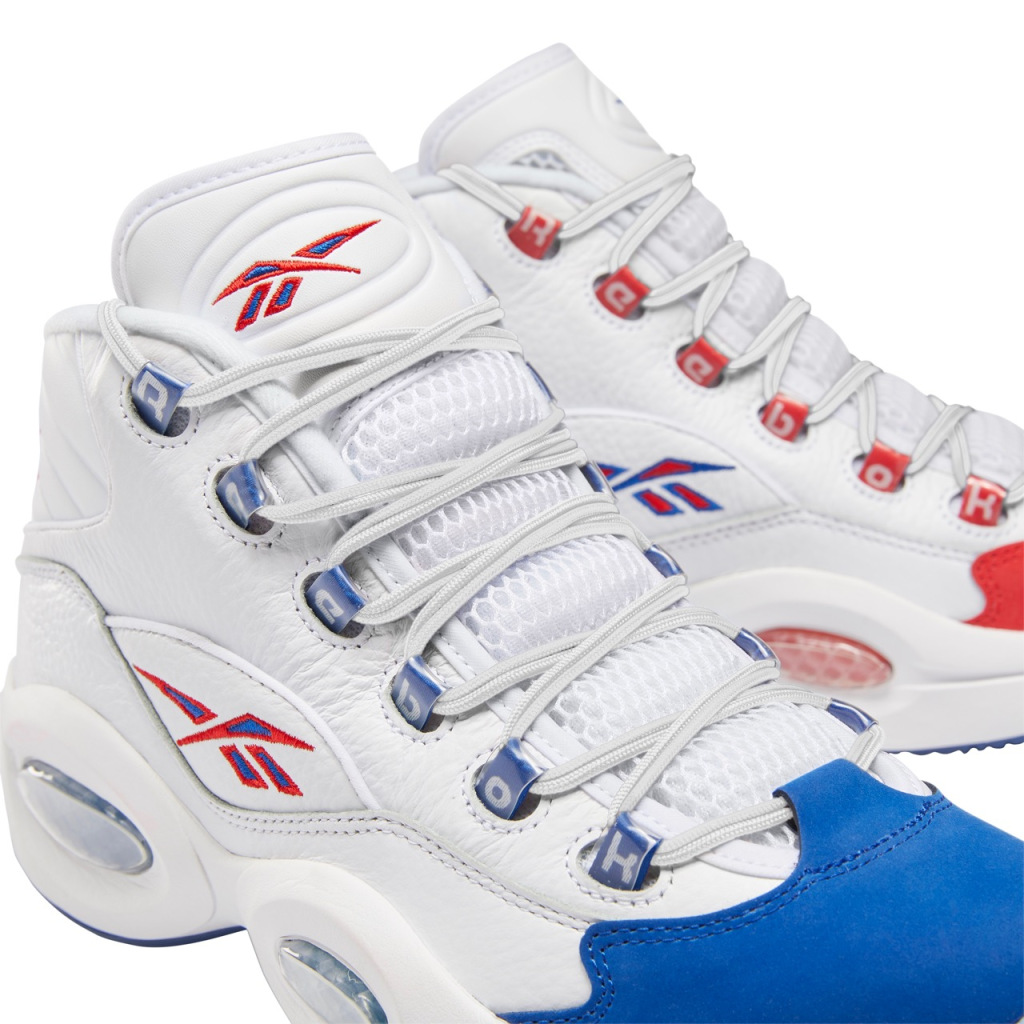 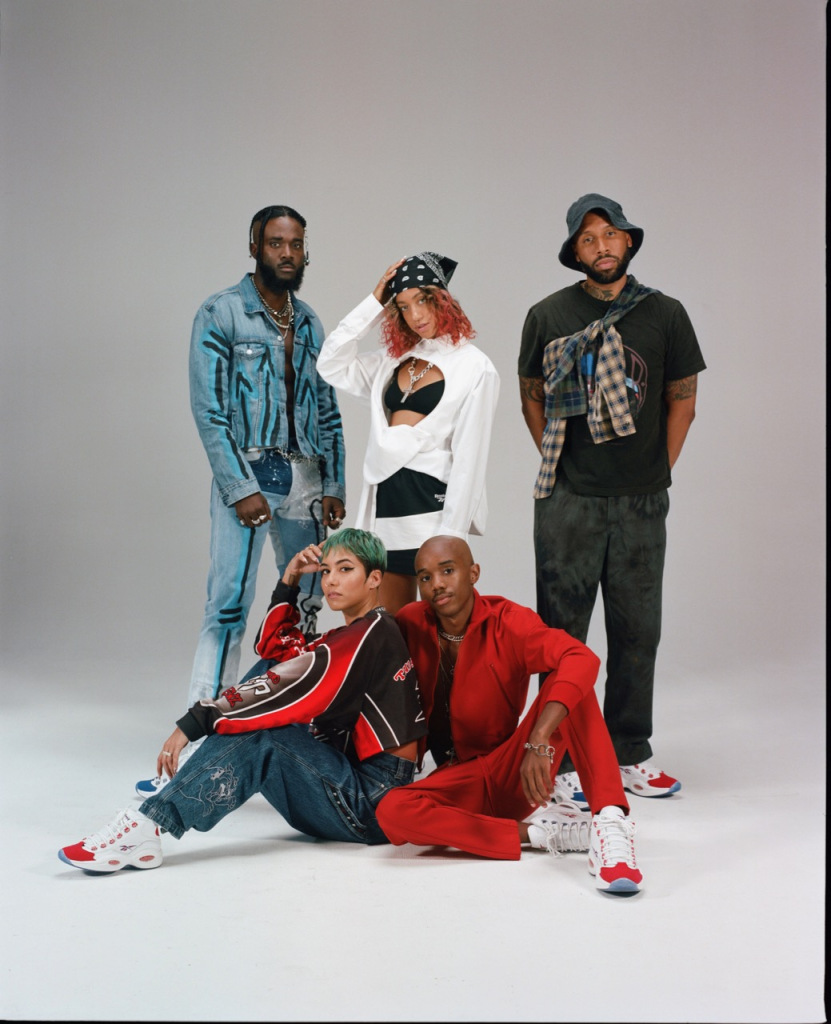 As part of the release, Reebok also announced Crossover U, an all-day workshop series that goes down Oct. 25 in NYC and is led by five creatives by A.I.’s impact on culture. Iverson’s influence on and off the court will be explored by experiential education with its partners; stylist Matthew Henson, artist and designer Gianni Lee, jewelry designer Martine Ali, photographer Quil Lemons and hairstylist Guingui. Enrollment is open to the public from October 10 – October 17 on Reebok.com/US/Crossover_U, where you can also find an overview of the Crossover U.

As for the Question Mid Double Cross, it’s out tomorrow at limited retailers and will cost you $150. However, the shoe will be available worldwide on October 23 on Reebok.com and select retailers. The pair is asymmetric with the left shoe being the blue-toe version while the right is the red-toe version of the kicks AI rocked his rookie year. There’s also a “96” on the left blue sock liner, a “97” on the right red sock liner along with the Hexalite cushioning in the midsole and the clear ice-blue sole.

Check out detailed images of the Question Mid Double Cross below.