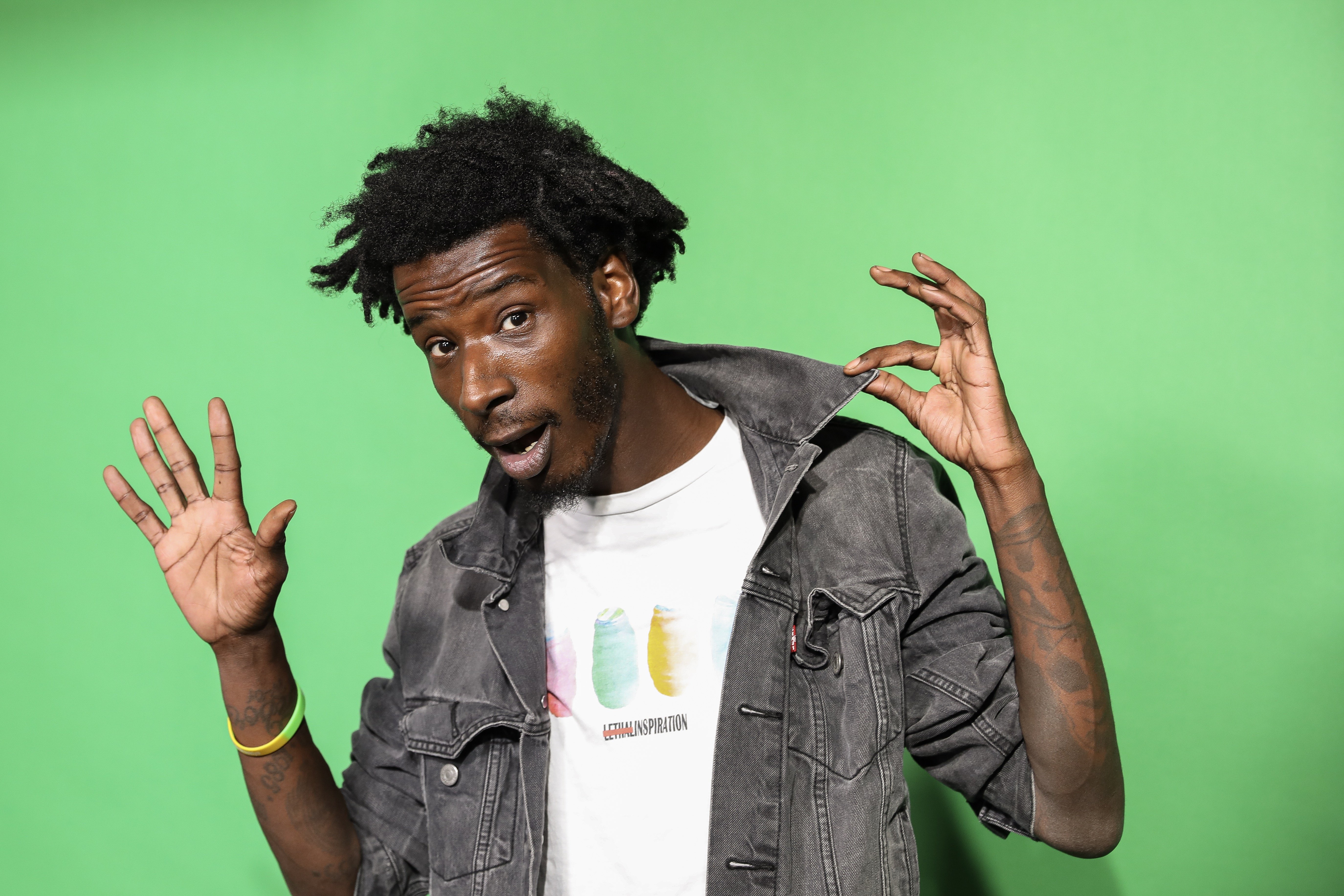 Last week’s episode ended with Ceaser getting pulled over, which subsequently lead to his arrest and him reaching out to his daughter’s mother for help. This week’s episode picks right up with the Ceaser’s employees finding out about him being arrested through the “blogs.”

Ceaser walks in the shop visibly upset that he was thrown in jail. He explains that he was pulled over for running a red light. When asked by the police officer to produce his driver’s license, Ceaser told the officer that it wasn’t on him. Why he is driving without one is beyond us. Anyway, the story gets even more ridiculous when Ceaser claims his arrest stems from them finding out he is Ceaser from Black Ink after a fan recognizes him. Plus during a search, the cops discovered his brother’s temporary ID and mistook it for a fake one. After they ran his name, they also saw he has two outstanding warrants for unpaid traffic tickets. He is now worried that his recent run-in with the law could make things difficult when it comes to opening his shop in Brooklyn.

We’re positive the “good to f***ing go” clearance was EXACTLY what the doctor said, Donna

Ceaser heads to court to face the judge and gets some good news. The judge tells him that he will not be charged and makes him pay a fine. Puma was on hand for moral support, but Teddy’s absence bothers the tattoo shop mogul. Even though he managed to walk out of the situation with a slap on the wrist, he is still worried his arrest will complicate things and cause the city council to have second thoughts about opening the shop in Brooklyn.

“I’m nervous going into this court, because I don’t trust this court system”

Some TRAFFIC tickets are coming back to haunt Ceaser. How do you think he’ll come outta this one? #BlackInkCrew pic.twitter.com/J3dPilwcS5

In Sky news, she has had enough with the drama in NYC and took her act back to Miami. She wants to get her pooch, Bagel, into modeling and sets up an audition. During the shoot, the dog was a direct reflection of its master. Bagel didn’t listen to any of the commands issued. When the woman conducting the audition told Sky that Bagel wasn’t ready, Sky storms off with the dog.

The TENSION between this photographer, Sky AND Bagel is palpable here #BlackInkCrew pic.twitter.com/YlHSOZOnqL

Back in NYC, Donna and Alex return to the restaurant where the infamous bathroom stall sex tape originated from. After a few drinks, they decide to make that happen again without someone recording them.

After their voyeuristic sexcapade, they quickly leave the restaurant to and get into an argument. Donna wants Alex to propose to her, but he feels they have been acting like a married couple, so he doesn’t see the need for official paperwork. Donna gives him a 2-month deadline to make it happen and then storms off. Hood love is definitely something else.

Donna was feeling this anniversary…UNTIL she finds out Alex is not ready to propose. Do you think she went about it the right way though? #BlackInkCrew pic.twitter.com/sDBBy2UJzj

We haven’t really been seeing much of bae since she and Rob’s relationship fell apart. The single mother storms into the shop and pulls Donna to the side to tell her some devastating news. Bae reveals that she was pregnant and had no idea and suffered a miscarriage. Bae breaks down to Donna that she told Rob about the sad developments, but he didn’t care. He also said to her that he didn’t want to “stop living” his life to get back with Bae. After telling Donna her story, she breaks down, and Donna reassures her that she is not alone and that she has a family at the shop who got her back and will her get through this situation.

Our hearts feel for Bae

she really is a superwoman

What would you do if you were her? #BlackInkCrew pic.twitter.com/da3XnWYyKL

Donna is still fuming over Alex and decides the only way to take her mind off him not wanting to marry her is to do some work. A client of hers named Beyonte, we are not making this up, walks in, and is ready to get her tat done by Donna. Now why anyway wants a tattoo done by Donna is beyond us, it’s almost like they haven’t seen the other abominations she has done. Well, Donna free hands this Beyonte’s tattoo, she requested the word “perseverance” across her back instead, Donna permanently tattoos “perserverance” on the woman’s back.

Ceaser and Puma meet with the Brooklyn council about throwing a block party for the grand opening of Black Ink Brooklyn. The idea gets shut down immediately due to the fact the West Indian Day Parade will shut down Fulton Street, plus the park closes at sunset. But all is not lost because they do give Ceaser permission to have a party in the shop, but it can’t be rowdy.

“We wanna be good neighbors”

In THEORY that meeting went well, but do you think the crew will follow all these rules? #BlackInkCrew pic.twitter.com/etNPwYJaP4

Checkin back in Bae, she FaceTime’s her mom to tell her about the miscarriage. She really wants Momma Bae to come back stateside to help her deal with the situation. Her mom tells her she will try to make an attempt to get back to NYC to be with her.

Sometimes, all we REALLY need is our moms telling us it’ll all be ok

Back at the shop, they decided to throw a handcuff and Hennessy party to help raise money for Tati’s legal fees. How much are these people getting paid? The party is going perfectly fine until Q and Mike start arguing about something causing Puma to investigate. The two new cast members decide to take their discussion outside, but Krystal starts barking at them about how she thought they were her friends. Puma has heard enough and fires all three of them in a hilarious tantrum. The episode ends on that “cliff hanger.”

After Mike and Q start a fight OUT OF NOWHERE and Krystal keeps hyping them up, Puma gets fed up and fires everyone involved

! But was it necessary? #BlackInkCrew

Missed the episode? You can catch up ON DEMAND, on the @VH1 App, or online: https://t.co/mVKe5cYqE4 pic.twitter.com/YWFGsVx2Zf

Hit the gallery below to see the reactions to the latest episode.