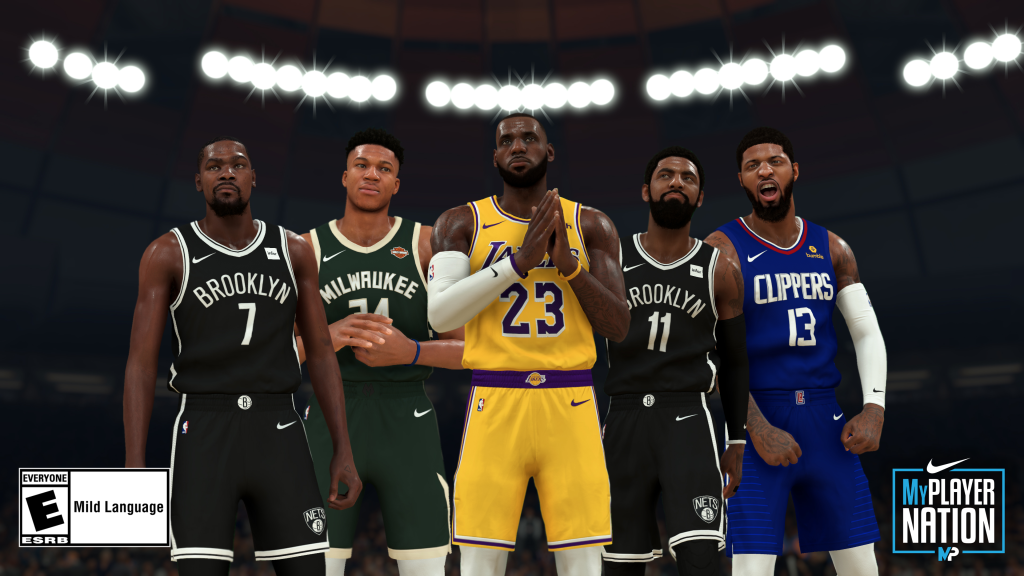 Now, this is what you call a game-changer. NBA 2K20 and Nike are teaming up to launch a new exclusive program that will let players earn limited kicks in-game and in real life.

Today (Oct.21), the studio behind the No.1 basketball video game franchise and the sportswear giant announced it’s first-of-a-kind gaming and sneaker partnership. The new program will launch alongside the new MyPLAYER Nation mode and NBA season tip-off on October 22, 2019.

Through the program, NBA 2K20 players will have the opportunity to earn up to 10 pairs of soon-to-be-released virtual Nike Basketball signature shoes for the My PLAYER character by completing in-game challenges. They will also be given a chance to purchase the limited-edition shoes from the Swoosh so they can flex in real-life.

2K is now taking MyPLAYER to the next level with MyPLAYER Nation, which integrates the community of NBA 2K20 MyPLAYER gamers with the real-life NBA – and the opportunity to unlock exclusive Nike gear. Once gamers create a player, are drafted by a team, and join the new season-long NBA 2K20 MyPLAYER Nation mode, they will represent their MyPLAYER’s real-life team as part of a community with other players who also play for the same team. They will play through the NBA schedule, with individual matchup wins and losses determined by the overall community’s winning percentage.

Along the way, players will earn double progression on all games played as well as other bonuses, like the chance to unlock the virtual Nike Gamer Exclusive sneakers for your MyPLAYER to wear in-game and purchase real-life versions of the shoes.*

Based on the stills 2K shared, we have already possibly seen one of the pairs that will be up for grabs. Not too long ago, LeBron James shared a photo on the gram of all purple pair of his LeBron XVII signature shoe with a 2K logo on it.

What’s Known Don’t Even Need to be Said

In the still, the same shoes can be seen on cyber Bron’s feet as he skies for his signature dunk. 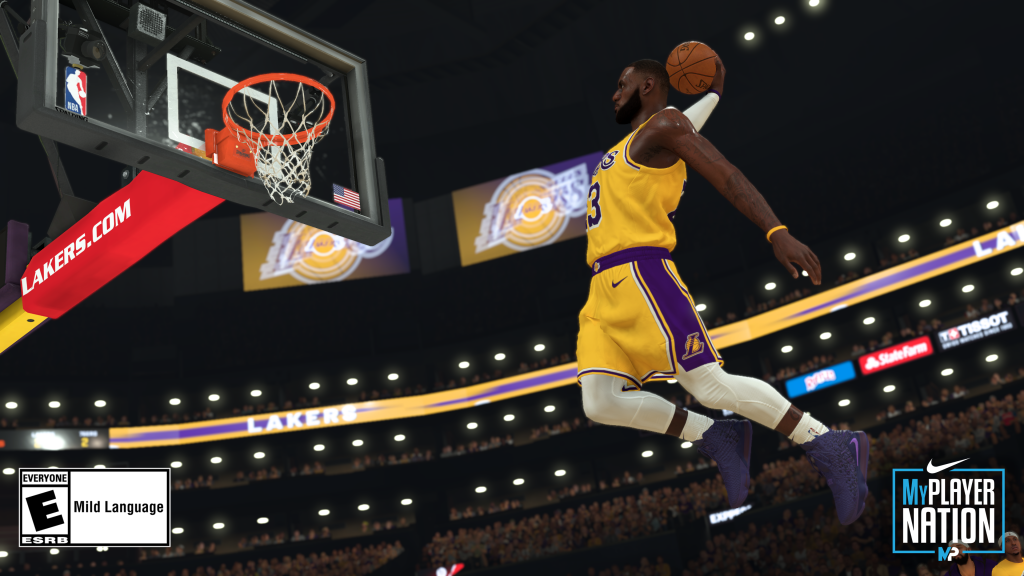 NBA 2K20 will see the MyPLAYER mode taken to another level with MyPLAYER Nation. It will now integrate players from NBA 2K20’s community with the real-life NBA. Once your created character is drafted and joins the NBA 2K20 season of MyPLAYER Nation, they will instantly become a part of a community featuring other 2K20 MyPLAYERS. Together they will represent their team in real-life and play through the NBA schedule with wins and losses determined by an overall percentage.

Players will have the opportunity to earn double progression on all games played according to 2K. Plus, other bonuses like unlocking virtual Nike Gamer Exclusive sneakers for their player to wear in the game and to purchase in real-life.

How does this work you ask? All you will need to do is link your 2K account with your Nike account and download the Nike SNKRS App. Again, remember, the shoes will not be available unless you complete specific in-game challenges. The first one takes place on October 29, 2019. Other shoes will be available during critical moments throughout the NBA season, which include the 2020 NBA All-Star Game, NBA Playoffs, and of course, NBA Finals.

This isn’t the first time 2K has dabbled with allowing gamers to win exclusive kicks via the NBA 2K. Back in 2014, players could win a pair of LeBron 11 sneakers through the game.

With the NBA 2K League, and now the NBA 2K20 x Nike Gamer Exclusive Program, this game continues to show why it’s lightyears ahead of the competition.