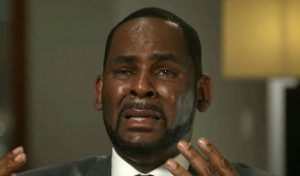 A retired Bureau of Prisons employee is accused of leaking information about singer R. Kelly to an entertainment blogger while he was locked up in Chicago’s downtown federal jail.

Federal authorities sought a judge’s permission last year to search the worker’s computer following a report that blogger TashaK had shared information that was available only to B.O.P. employees.

Records show the employee had accessed Kelly’s records more than 150 times in 2019. No charges have been filed in the case.

The latest news follows the first man who testified against R. Kelly, saying the singer lured him to his home and studio when he was 17 with promises of helping his music career but instead sexually abused him.

The 54-year-old has denies all charges and faces between 10 years and life in prison if convicted on all counts.

The trial is expected to last at least a month.