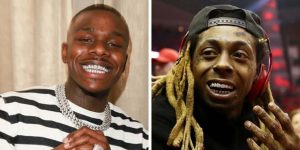 DaBaby is focused back on his music and linking up with the GOAT.

On Thursday, the Charlotte rapper dropped a new single titled “Lonely” featuring Lil Wayne. DaBaby reflects on his actions and the actions of others that caused him to do some soul searching. In the second verse sharing the pressure he deals with from losing his brother.

“As if I got a reason to act like I’m lonely
I saw my big brother laid out with his brains blown out
It’s been catchin’ up on me
Sh*t, how would you act if your bro took his life?“

The song comes after DaBaby releases his freestyle over Wizkid’s “Essence.”

Amid backlash following his homophobic comments at Rolling Loud Miami over the summer, DaBaby also met with nine U.S. HIV organizations in August to discuss facts about the virus and to hear personal stories of people living with HIV.

Check out the full audio below.