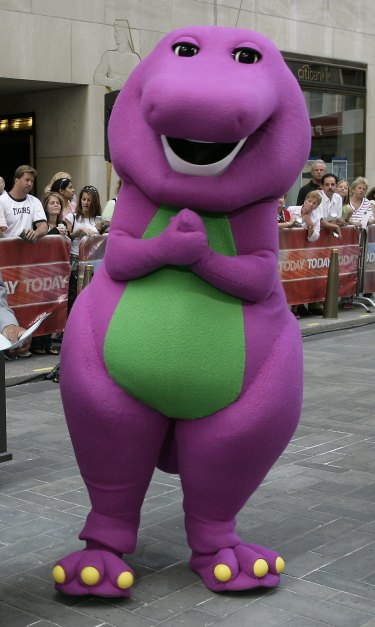 90’s babies hold on to your blanket because Barney is retuning to a theatre near you!

According to The Hollywood Reporter, Get Out star Daniel Kaluuya and his production company 59% are teaming up with Mattel to bring the 90s megastar to the big screen in a live-action movie titled Barney. Although the project has yet to find a studio home, Mattel and Kaluuya believe that the reemergence of the beloved purple dinosaur will capture the kid in us all.

“Barney was a ubiquitous figure in many of our childhoods, then he disappeared into the shadows, left misunderstood,” Kaluuya said. “We’re excited to explore this compelling modern-day hero and see if his message of ‘I love you, you love me’ can stand the test of time.”

The new direction is just what Mattel Films’ Robbie Brenner is hoping for as he co-signed Daniel Kaluuya’s excitement, stating that the new venture will “surprise audiences and subvert expectations.”

“Working with Daniel Kaluuya will enable us to take a completely new approach to Barney that will surprise audiences and subvert expectations,” Robbie Brenner said. “The project will speak to the nostalgia of the brand in a way that will resonate with adults, while entertaining today’s kids.”

Barney & Friends premiered on PBS in 1992, launching a 17-year run of kid-friendly programming before ceasing production in 2009. The childhood staple and introduced viewers to Barney, an imaginary and perpetually optimistic Tyrannosaurus rex that taught children lessons about friendship through song and dance, while helping them learn scholastically.

Barney will join other Mattel properties that are currently being developed as features, including Hot Wheels, Masters of the Universe and Barbie.