The Saturday Night Live star didn’t explicitly say the singer’s name, but from the looks of the teaser Davidson clearly referenced their short-lived engagement when he proposed to Maggie Rogers shortly after meeting her.

“Hey Maggie, I’m Pete,” Davidson says alongside host Jonah Hill. “You wanna get married?” After she declines, he responds, “0 for three.”

Downplaying their relationship did not sit well with Ariana, who took to Twitter on Thursday with the sharpest clap back.

“For somebody who claims to hate relevancy [you] sure love clinging to it huh,” she wrote, adding, “Thank [you], next.” 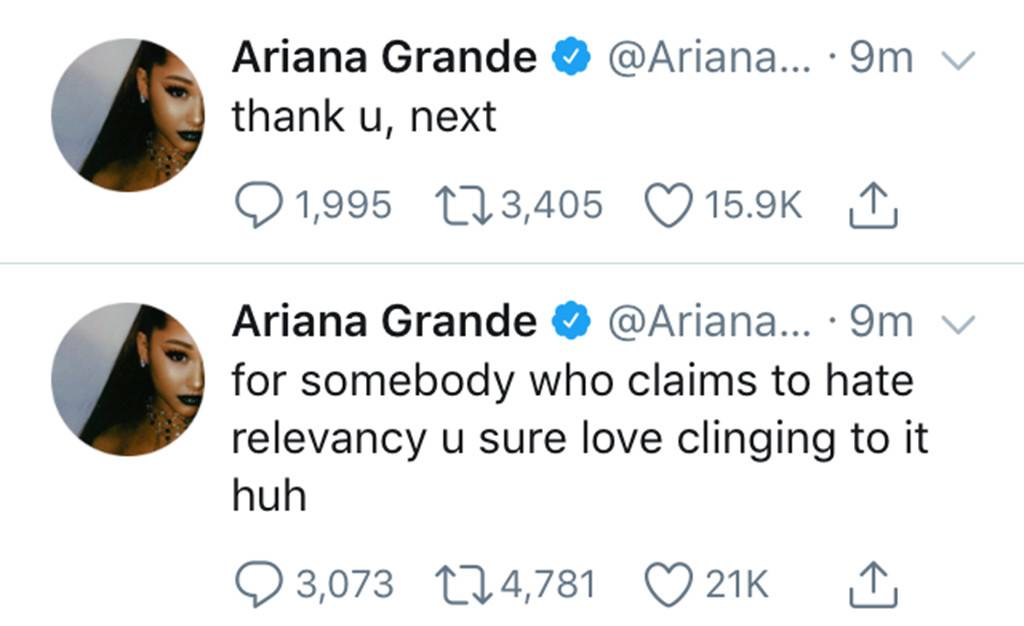 The “God Is a Woman” pop star didn’t call Davidson out, however a few other fan tweets that Ariana engaged with made her target clear as day.

Ariana retweeted and liked one tweet that stated, “SNL is about to milk their breakup just like they did with the engagement.”

The 25-year-old pop star is gradually separating herself from Davidson since their split in mid-October. Ariana Grande concealed two of their matching tattoos and is gearing up to take off on her Sweetener World Tour in 2019.

The post Ariana Grande Sends Shots to Pete Davidson Amid Breakup Spoof on ‘SNL’ appeared first on The Source.