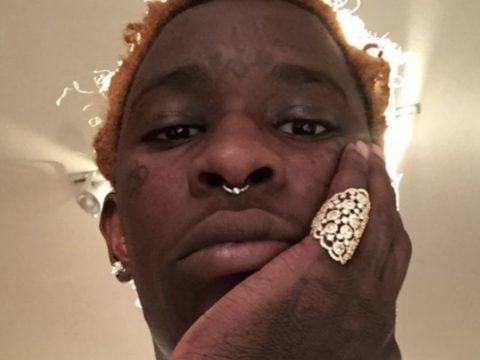 Thugger went to Twitter Tuesday (September 18) afternoon and directly hit up Yeezy about an appearance.

A few hours ago, Kanye announced a late September drop date for his new album.

New York Times writer Jon Caramanica recently spent three days with West for an in-depth profile, and he followed it up with a Q&A on NYT’s Popcast on Wednesday. During the podcast, Caramanica mentioned, “He said he wants to get a place in Wyoming and he thinks he wants to spend more time there. He told me at one point he wants to make 52 records in 52 weeks. Take that for what you will.” (Pigeons and Planes)

The post Young Thug To Kanye West: “If I’m Not On Yandhi I’m Never Talking To U Again. On God” appeared first on SOHH.com.