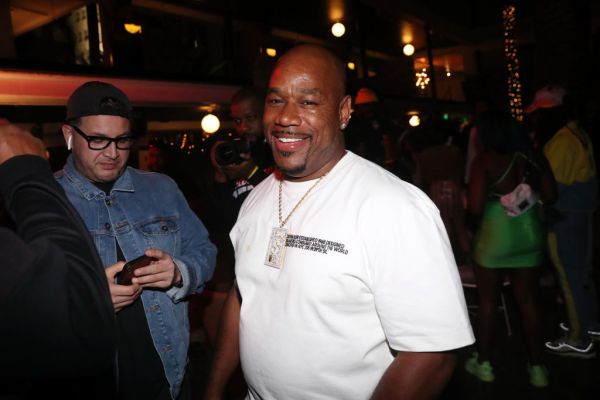 It appears to be some manner of a beef brewing between Wack 100 and YG, this after The Game’s manager seemed to take a shot at the “Go Loko” star. Wack essentially called Blueface, Game, and Mozzy legit gang bangers while insulating that YG paid his way into the Bloods gang.

In an Instagram post on Friday (August 2), Wack shared the post that read, “ONE THING I CAN RESPECT IS THIS – BLUE FACE CAME INTO THIS RAP GAME CRIP’N -THE GAME CAME INTO IT PIRU’N-MOZZY CAME INTO IT BLOOD’N-SOME OF YOU NI**AS WAS WEARING SKINNY JEANS AND DANCING WITHOUT A GANG SLOGAN COMING OUT YA MOUTH UNTIL YOU GOT ENOUGH MONEY TO BUY A SET.”

The caption to the post stated, “Wish a n*gga would say a word I’ll embarrassed the f*ck outta n*gga playing with me !!!! Enough is enough if it’s on let it be on ….”

Wack fired back and confirmed in so many words that he was indeed shooting shots at YG. He also carried posted another shot at IG, which can all be seen below.

We’ll see where this beef goes from here. Stay tuned.

Wish a nigga would say a word I’ll embarrassed the fuck outta nigga playing with me !!!! Enough is enough if it’s on let it be on ….