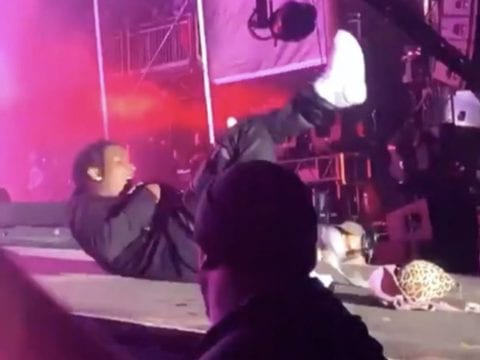 New York rapper A$AP Rocky gets nothing but love – and bras – from his lady fans. New footage has emerged of the A$AP Mob leader getting buried with a ton of bras during the recent Rolling Loud concert.

The post Watch: A$AP Rocky Gets Buried By Women’s Bras During Live Concert appeared first on .