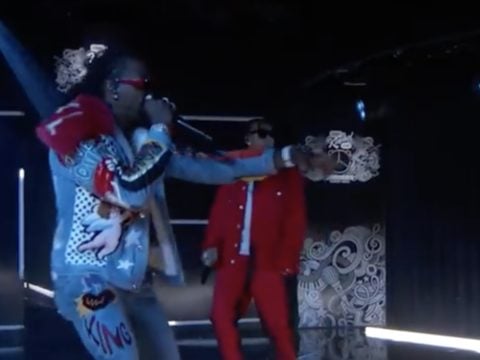 G.O.O.D Music’s Tyga is soaking in all of the attention right now. The hip-hop star went linked up with “Taste” collaborator Offset last night to perform their infectious “Taste” smash on “Jimmy Kimmel Live!”

Draped in all red and shades, Tyga and Offset hit the stage Tuesday (September 25) night for an unforgettable set.

A few days ago, Tyga dropped his new “Dip” and “Swap Meet” singles.