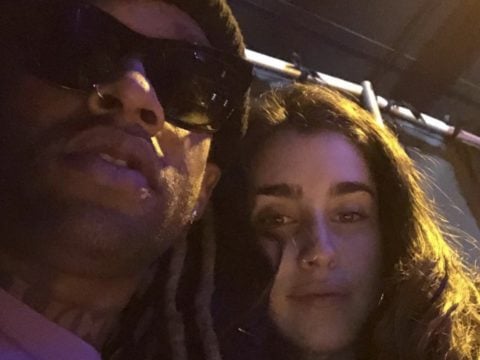 Taylor Gang‘s Ty Dolla $ign looks more than focused. The hip-hop crooner has teased fans about being completely in his work zone.

Ty jumped on Instagram last night (October 19) with a shot of himself donning a 2Pac shirt and hinted at his new music soon coming.

A few days ago, Ty updated fans waiting on a new collaborative effort from him and rap star Kanye West.

“The album is comin. I’m almost done with it now. Just putting the last, final touches on it. Me and Kanye are making it together. They left to Africa though. So, just wait until they [return]. I’m doing my parts now then when we get back together, we’ll finish it.”

Earlier this month, Ty and fellow crooner Jeremih released their chill “Goin Thru Some Thangz” anthem.