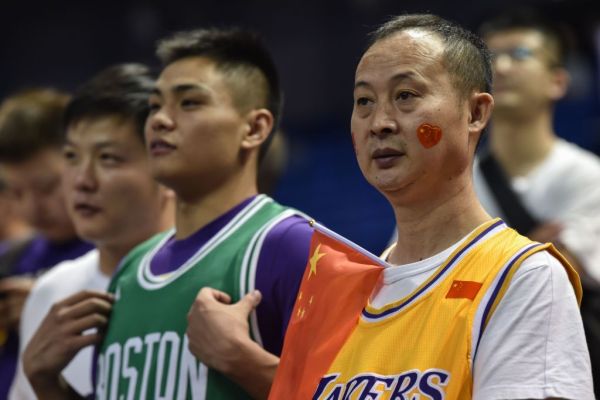 The NBA was shoring up what looked to be a fruitful union with China, but now tension between the sports league and the communist nation looks to be growing by the day. After Houston Rockets General Manager Daryl Morey tweeted in support of Hong Kong protestors, he set off a flurry of debate regarding free speech and the price of going into business with an entity known for its rigidness.

To explain the rift in full, back on October 4, Daryl Morey tweeted out support of the Hong Kong protestors who are combating an extradition bill and other restrictions that infringe on the civil rights of those living in the semi-autonomous region. This tweet came just ahead of the Los Angles Lakers and the Brooklyn Nets on the schedule to play in China this week.

NBA commissioner Adami Silver offered not one, but two statements to satisfy China’s concerns around Morey’s tweet. Silver did say that he would not find Morey in contempt and won’t limit free speech in the league. Morey’s tweet, which has since been deleted, angered Chinese leaders to the point of upending a potential windfall of money. China’s state-run CCTV has since suspended all NBA pre-season games after issuing a statement.

“We’ve noticed NBA commissioner Adam Silver’s response to the inappropriate remarks by Houston Rockets GM Morey. We are strongly unsatisfied and opposed to Adam Silver’s claim of supporting Morey’s rights of having freedom of speech,” CCTV5, a sports channel, said Tuesday on its social media page. “We think any remarks that challenge national sovereignty and social stability are outside the category of freedom of speech.”

The Rockets were one of the more popular teams in China, due in part to the team drafting now-retired star Yao Ming number one overall in 2002. Yao, now the chairman of the Chinese Basketball Association, has not made any public comments about the rift despite his history with the Rockets and the NBA.

The fallout from Morey’s tweet has been substantial, with community events, ticket sales getting halted, and Chinese celebrities shouting down the Rockets and the NBA in the process.

The league, which enjoys a strong following due to the aforementioned Yao’s time with Houston, also has a $1.5 billion deal to stream games with the Tencent media company, with the service blacklisting Rockets games. Further, the CBA is no longer collaborating with the Houston Rockets. Despite the apologies from Silver and from Rockets superstar James Harden, China does not appear satisfied with the team’s effort for repairing the issue.

Several Chinese fans were also ousted from pre-season games featuring the Washington Wizards and the Philadelphia 76ers for holding fans that read “Free Hong Kong.” Additionally, a bipartisan group of lawmakers has urged the NBA to pull out of China, including the hosting of a training facility in Xinjiang, where it is thought that around a million Chinese minorities, the Turkic Uyghurs, are being held in so-called “re-education camps.”

To underscore the seriousness of things, a CNN reporter attempted to ask Rockets players James Harden and Russell Westbrook if they will continue speaking out on social issues, most especially in the light of Morey’s Hong Kong utterance. An NBA spokesperson shut down the questioning promptly.

#NEW: CNN reporter Christina Macfarlane (@chrissymacCNN) is quickly shut down by the Houston Rockets' media officer as she tries to ask a question about the NBA's ongoing standoff with China.pic.twitter.com/FP6jgBHUwu