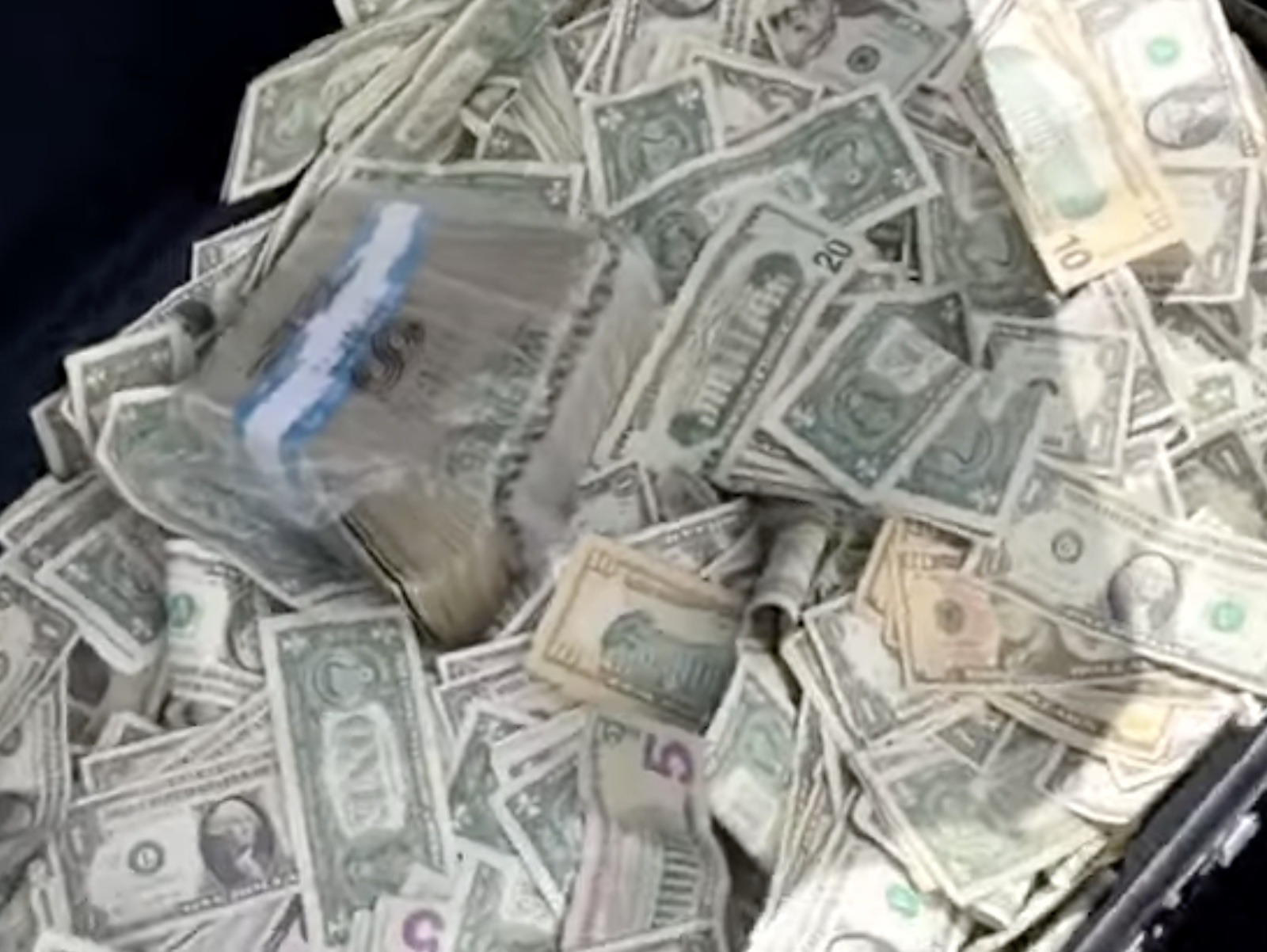 Rae Sremmurd’s Swae Lee has plenty of money to blow courtesy of producer Mike WiLL Made-It. The hip-hop star lights up Instagram Story with fresh footage of himself checking out a massive Louis Vuitton bag presented to him from his longtime friend, producer and label boss. It’s stuffed with singles and a few five dollar […] 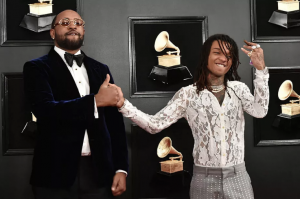 On the first day of the year, Mike Will Made-It took to IG to thank God that he and Swae Lee were still alive following a near fatal car crash, but both walked away from the accident with minor bruises.

“2021 we turning lemons to lemonade all year. We could have been dead easily, but we made-it out with just a couple bruises. We here for a reason,” said Mike in his life-altering social media post.

Mike even posted pic of him on top and next to the wrecked vehicle, which hasn’t been confirmed if it was in a crash with another car or if the platinum producer wrecked the car by himself.

The post Mike Will Made-It And Swae Lee Survive Near Fatal NYE Car Crash appeared first on The Source. 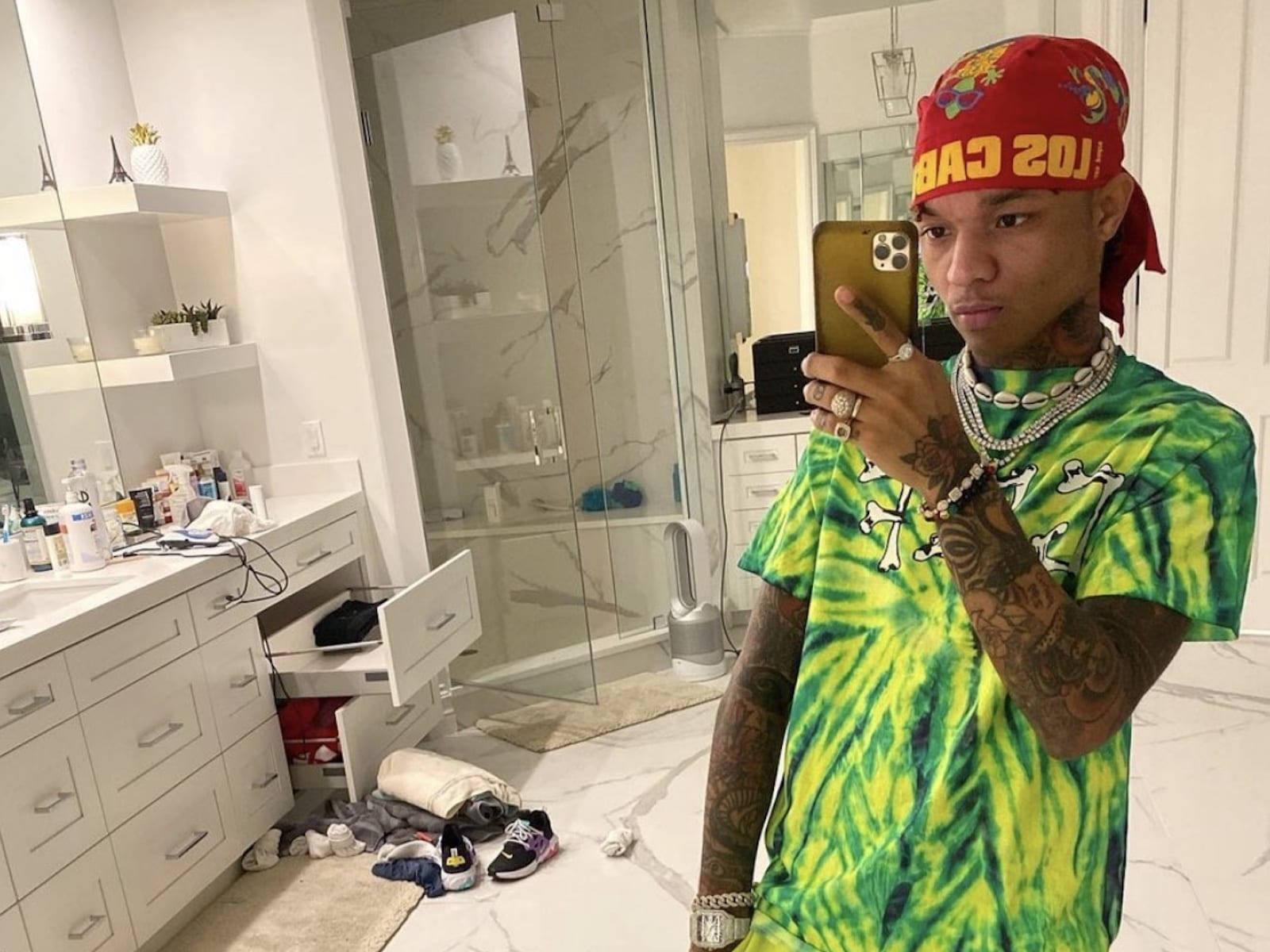 Rae Sremmurd’s Swae Lee and Mike WiLL Made-It has someone up above looking out for them. The hip-hop pair are making headlines after surviving a near-death car crash. Swae Lee + Mike WiLL Survive Near-Death Crash Both Mike and Swae went to their social media pages to speak out. Made-It even shared pics of the […] 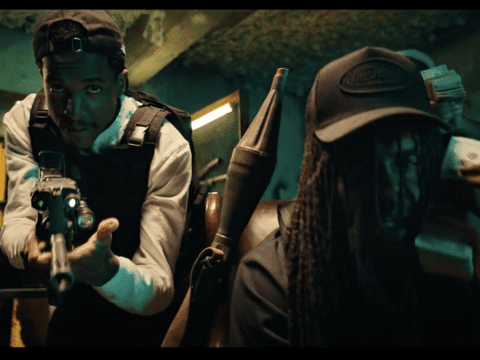 Chicago rapper Chief Keef is back on his music grind. The hip-hop star has teamed up with hitmaker Mike WiLL Made-It for their new “Bang Bang” music video premiere.

After sharing the song earlier this month, Mike WiLL Made-It and Chief Keef return to share the music video for “Bang Bang.” The video is directed by Blank Square Productions and serves as the first offering from Mike and Keef’s upcoming joint album coming soon.

“Bang Bang” marks the beginning of a new era for Mike, the song coming to fruition after having his hard drive stolen with over ten years worth of songs on it. The track follows Mike’s songs with Lil Yachty (“Pardon Me” feat. Future), Polo G (“Go Stupid” feat. Stunna 4 Vegas and NLE Choppa), Chloe x Halle (Catch Up feat. Swae Lee), and Gunna and Young Thug (“Dollaz on my Head”) and arrives after Chief Keef’s The GloFiles (Pt.4)released earlier this year. Those songs plus “Bang Bang” represent the beginning of what will surely be an onslaught of hits from Mike, who defined the 2010’s and sets out to dominate the forthcoming decade.

The forthcoming project also symbolizes Chief Keef’s return to music after focusing on e-sports for the past year. Although hype has been building for his upcoming album Almighty So Part 2, Keef decided to put it on the back burner for now to collaborate with Mike, who was one of the first major producers to work with him on his debut album, Finally Rich.

Mike WiLL Made-It is one of the super-producers shaping the sound of today. He has created dozens of certified Platinum records across Hip-Hop, R&B and Pop including the 6x Platinum “Black Beatles” with Rae Sremmured, the Grammy-nominated “Formation” with Beyonce, and “Humble” with Kendrick Lamar, which won the 2018 Grammy Award for “Best Rap Song.” In recent years, Mike has embarked on a new chapter: music mogul. Focusing on his EarDrummers label and production stable, Mike allocated his attention to grooming Hip-Hop’s next generation and at the top of 2020, EarDrummers producer 30 Rocc landed his first Billboard #1 with Roddy Rich’s “The Box.” It’s no stretch to say that over the past decade, the sound of American Top 40 has Mike WiLL’s fingerprints all over it. 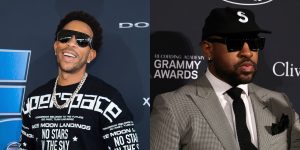 Ready or not, Georgia is reopening under Governor Brian Kemp’s order, and Ludacris and Mike Will Made-It are doing their part to ensure the transit workers are safe.

The rapper turned actor and producer’s respective organizations joined forces to donate 3,000 reusable masks to MARTA employees in their hometown.

The Ludacris Foundation and Mike Williams Making Wishes Matter, teamed up with founder of Atlanta Sewing Style, Carla Griffin, to design thousands of masks within the next two weeks.

There has reportedly been 37 COVID-19 cases and one death among the MARTA workers. “We love our city, and this is an opportunity to show how much we do when it matters most. Before coronavirus happened, we were representing MARTA because it’s a big part of what makes Atlanta special.” Bridges said in a news release. “On behalf of our hardworking employees, I’m grateful for this show of support. Before this health crisis hit, MARTA had been building relationships with metro Atlanta’s entertainment community. Their thoughtful contributions are deeply appreciated. This gives us added confidence that we’ll get through this together.” MARTA CEO Jeffrey Parker said in the same news release. 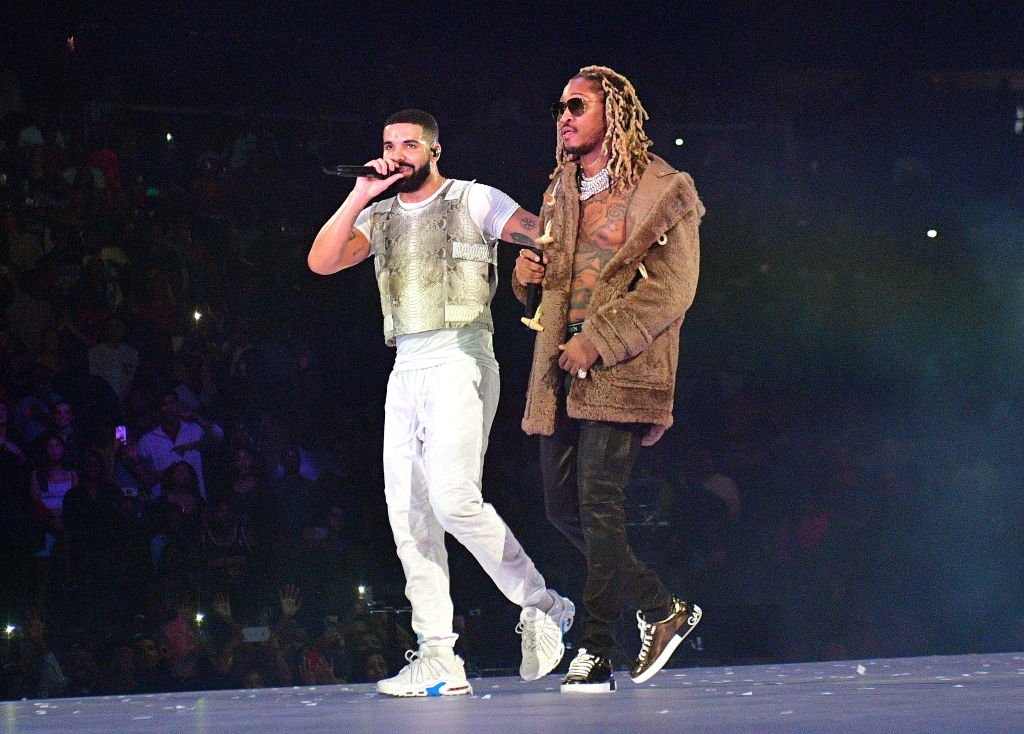 Drake and Future seem to be dropping hints that new music is coming soon.

On Sunday (Jan. 5) Drake took to his Instagram to share a snippet of his new collaboration track with Future, “Life Is Good.” The now deleted video, which was posted to Drizzy’s Instastory, featured Champagne Papi checking out the final cut of the possible music video while puffing on a hookah. When asked by a fan when we could expect the ban get to be released, Drizzy responded that the track is expected to arrive “soon soon.”

In December, Drake and Future were spotted filming a music video in an Atlanta McDonald’s along with Mike WiLL Made It and 21 Savage appearing on set. The rappers were spotted inside a McDonald’s wearing what appeared to be fast-food uniforms with an “H” logo.

Ima tell my kids this was the JACKSON 5. #Shotbyshootrr

Although neither camp has confirmed whether the upcoming project was for Drake’s album, that he announced was in the works while on stage with DaBaby in Toronto, or if fans are finally receiving the highly anticipated follow up to the 2015 project What A Time To Be Alive; either way it appears we will be getting the finished product soon.

In other Drake news, while promoting his unreleased track, Drake took time to address some controversy surrounding his latest release, “War”, which the rapper received some backlash over the imagery portrayed in the video. Drake took to his Instagram to respond to complaints stating that his intentions are to always put on for his city and that includes building up new artists.

”My goal is to always uplift and show love to rappers that are buzzing and gaining the world’s attention,” Drake wrote. “My goal is to use our talks that we all use without having it feel like I am taking sides. My goal is to make anyone feel like with the right songs and the right team and the right amount of drive and focus they can push past the darkness and be able to provide for their people and create a legacy.”

Check out the video for “War” below. Miami producer Scott Storch is leaving little to the imagination. The hip-hop hitmaker has shared footage of himself making fire beats with fellow musician Mike WiLL Made-It.

The post Watch: Scott Storch + Mike WiLL Made-It Are In The Studio Making Fire – “We Working” appeared first on SOHH.com.

Miley Cyrus has a tumultuous relationship with Hip Hop, ever since she twerked her way to the top of the charts with 2013 Bangerz album then tried to disassociate herself with the genre in 2017.

In an old interview with Billboard she claimed that she was no longer interested in Hip Hop because of its materialistic and sex-driven lyrics.

“I also love that new Kendrick [Lamar] song [“Humble”]: ‘Show me somethin’ natural like ass with some stretch marks.’ I love that because it’s not ‘Come sit on my dick, suck on my cock.’ I can’t listen to that anymore,” she told Billboard. “That’s what pushed me out of the hip-hop scene a little. It was too much ‘Lamborghini, got my Rolex, got a girl on my cock’—I am so not that.”

Her comments were met with backlash because she came off as culture vulture for using Hip Hop until it no longer benfitted her. In a since-deleted post she claimed her comments were taken out of context.

“Unfortunately only a portion of that interview makes it to print, & A lot of the time publications like to focus on the most sensationalized part of the conversation,” she wrote. “So, to be clear I respect ALL artists who speak their truth and appreciate ALL genres of music (country , pop , alternative …. but in this particular interview I was asked about rap).”

But more than two years later, Miley Cyrus issued an apology for her comments under a fan-made video titled Miley Cyrus Is My Problematic Fav…Sorry. It’s no surprised that she’s trying to chasse her way back into the Urban world considering the amount of love her father, Billy Ray Cyrus, has been receiving for giving Lil Nas X’s “Old Town Road” an official Country validation.

Just watched your video. Thank you for giving me this opportunity to speak up. Being silent is not like me at all. I am aware of my platform and have always used it the best way I know how and to shine a light on injustice. I want to start with saying I am sorry. I own the fact that saying … “this pushed me out of the hip hop scene a little” was insensitive as it is a privilege to have the ability to dip in and out of “the scene.” There are decades of inequality that I am aware of, but still have alot learn about. Silence is a part of the problem and I refuse to be quiet anymore. My words became a divider in a time where togetherness and unity is crucial. I can not change what I said at that time, but I can say I am deeply sorry for the disconnect my words caused. Simply said: I fucked up and I sincerely apologize. I’m committed to using my voice for healing, change, and standing up for what’s right. Miley

Cyrus’ statement arrives less than two weeks after she released her She Is Coming EP, which includes Hip Hop contributions from Swae Lee, Ghostface Killah, and Mike Will Made-It, who served as executive producer on Bangerz.

The post Miley Cyrus Acknowledges her White Privilege as a White Musician, Issues Apology for ‘F*cked Up’ Comments About Hip Hop Culture appeared first on The Source.

Atlanta producer Mike WiLL Made-It isn’t out here worried about the Rae Sremmurd break-up rumors. The head of Ear Drummer Records went to social media to simmer down concerned fans thinking his protégés’ SremmLife days are over.

Over the weekend, Slim shocked fans by hinting at the SremmLife run possibly coming to an unexpected end.

I bought my mamma a million dollar crib off MY work

A little deeper than that but you trolls gone troll…get back to work.

The post Mike WiLL Made-It Confirms Rae Sremmurd Won’t Break Up: “THE JOKE WILL ALWAYS BE ON THE HATER” appeared first on SOHH.com.