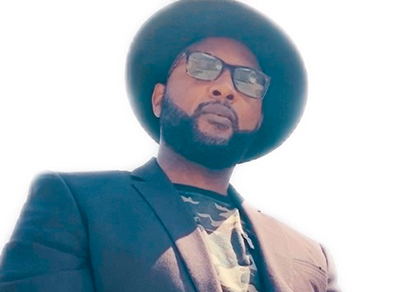 Hey TNV! Please tell us how many years you’ve been making music?

I’ve been making music over 25 years. I started off writing lyrics when I was 13 yrs old. From there I started to dabble in beat production and I was heavily influenced by underground Hip Hop, till this day it is the foundation of everything I make.

Tell us about your first ever debut track you put out? When was this?

Wow that’s was back in 2000. I was part of this rap group called the Driftas, the song was named Drifting. It was me and one other MC and a DJ. We collaborated and made a EP before it was even popular.

What separates you from many other MC’s in your city?

In Detroit there are some great MC’s. The underground scene has influenced me quite a bit. I would think my style of expression is distinct with my thought process and how I relay the message on pen and paper. I respect a lot of MC’s in Detroit, without there influences I wouldn’t have my own style.

How are you coping with this whole Covid 19 situation?

I believe GOD has a plan for my life. I’m married with three beautiful kids. I’m a introvert so it didn’t effect me drastically, but it is hard not seeing some of my family. In this season I’m learning to enjoy the little things like Health, family, finances and music opportunities. This year I definitely learned how to zone in on what GOD wants for my life.

Tell us about your biggest Hip Hop influences?

So I have influences on the Production and Lyricism part of Hip Hop because I do Both. I’m originally come from LA so Battlecat was one of the illest producers in the 80’s and 90’s. Dj Quik, Dj Alladin and Dr. Dre with that Cali sound. My Midwest and East Coast influences are JDilla, Marley Marl, Pete Rock, The Beatnuts, Dj Premier and The Bomb Squad. Lyricist I would say Rakim for me was a game changer. Krs One, Nas, King T, Black Moon, and Ice Cube has a special place in my heart when it comes to Lyricism.

Please breakdown the creative process of your latest album “Shine”. And tell us a little about the album cover concept!

Well 2020 could definitely be looked at as a difficult year. So I wanted “Shine” to be a reflection of a positive reflection on life. My production side is definitely influenced by Boom Bap, so it definitely needed to sound foundational in that gritty sound. Every sample for most of the songs told the Story for the track. “Shine” had more features than any other project I created, so every beat with a feature I thought about the style of the featured artist.

Your honest opinion, out of all the songs on the project, which is the one song you feel stands out the most!?

It’s a strong tie between “Shine” and “Part of the Band”. Shine featured Skyzoo, he is one of my favorite MC’s, he set the tone for the entire Album. Part of the Band featured Jaooo, this is another track that just hit hard with the concept and the flow from me and Jaooo.

We have to ask, with all this social discourse and revolt, protesting and rioting, exposed police brutality toward blacks and BLM, how do you guys feel about this? We would love your perspective on the climate we are living in right now?

We are living in the time of reciprocity. The history of this Country has revealed the true foundation of this Country. The only difference is with all the Social constructs with Social Media and technology it is being revealed in real time, what’s going on is nothing new. It is now the time for this country to repent for the systematic destruction of native Americans, Latinos and Blacks or we will see the falling of a Nation Like Rome.Racial reconciliation is needed for this country to become great, which it has never been on those lines.

Did you vote last year?

If it came down to 1 ALBUM only, what underground Hip Hop album would you guys consider THE BEST OF ALL TIME!!!???……One 1 album you can choose.

I would have to say Mos Def”Black on both sides”

What is your definition of “underground Hip Hop”.

I would say it’s definitely a feeling. Underground definitely doesn’t play by the rules when it comes to the music industry influences. To create something that isn’t popish in sound and feeling. You definitely have to have a style of your own, perfection of lyricism and staying away from trends.

Drop all your link. 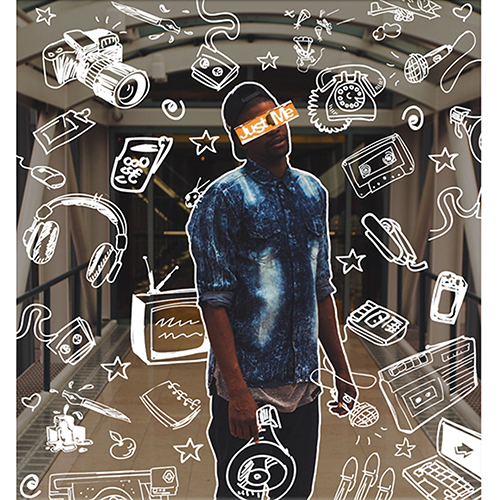 Hey JMisJustMe! Please tell us how many years you’ve been making music.

I’ve been making music for 14 years.

Tell us about your first ever debut track you put out? When was this?

The first song that I pushed was called “The Wake Up!” I pressed it up on “CD” and sold them out the truck from LA to the IE.

What separates you from many other MC’s in your city?

I focus on self love and motivating others through my music. I’m not interested in separating myself from others. I’m more interested in growing in my craft to become the best artist I can be.

How are you coping with this whole Covid 19 situation?

I have been blessed to not have any of my family members seriously affected by the virus. The quarantine helped me focus on learning, growing and inspired me to create something people could vibe too.

Tell us about your biggest Hip Hop influences?

This is one of the hardest questions for me. I admire so many artists and their messages but if I had to choose it would be a tie between Tupac, Nipsey Hussle, Kanye West, Kendrick Lamar, and Andre3000.

Please breakdown the creative process of your latest album “JustMe Being Me”. And tell us a little about the album cover concept!

I believe allowing the music to be created organically. I wrote and produced over 100 songs until I developed a style and sound that I felt properly reproduced how I feel. Now as for the album art, it’s an image of a man manifesting his future into reality. The idea is that you can make anything that you want come to reality but it all starts in your mind.

Your honest opinion, out of all the songs on the project, which is the one song you feel stands out the most!?

I love all the songs but “You The One” has a special vibe to it. It’s one of a kind no cap. Probably the song I had the most fun creating.

We have to ask, with all this social discourse and revolt, protesting and rioting, exposed police brutality toward blacks and BLM, how do you guys feel about this? We would love your perspective on the climate we are living in right now?

After all we have been through this year, I feel that for real change to happen, it’s gonna take all of us working together. We have a long way to go to get there, but I feel like we are starting to head in the right direction.

If it came down to 1 ALBUM only, what underground Hip Hop album would you guys consider THE BEST OF ALL TIME!!!???……One 1 album you can choose.

Even though it is a major release and has a smash hit single on it, I would still choose Commons “Like Water For Chocolate” my all time favorite underground. I still consider this album underground hip hop because of its conscious content as well as its gritty and original sound.

What is your definition of “underground Hip Hop”.

An album that has a raw texture to it and it’s content that is not widely accepted by Pop culture. I consider conscious rap, grunge hop to be a few of the many forms of underground hip hop.

Where can people find you on the web? Drop all the vital links.