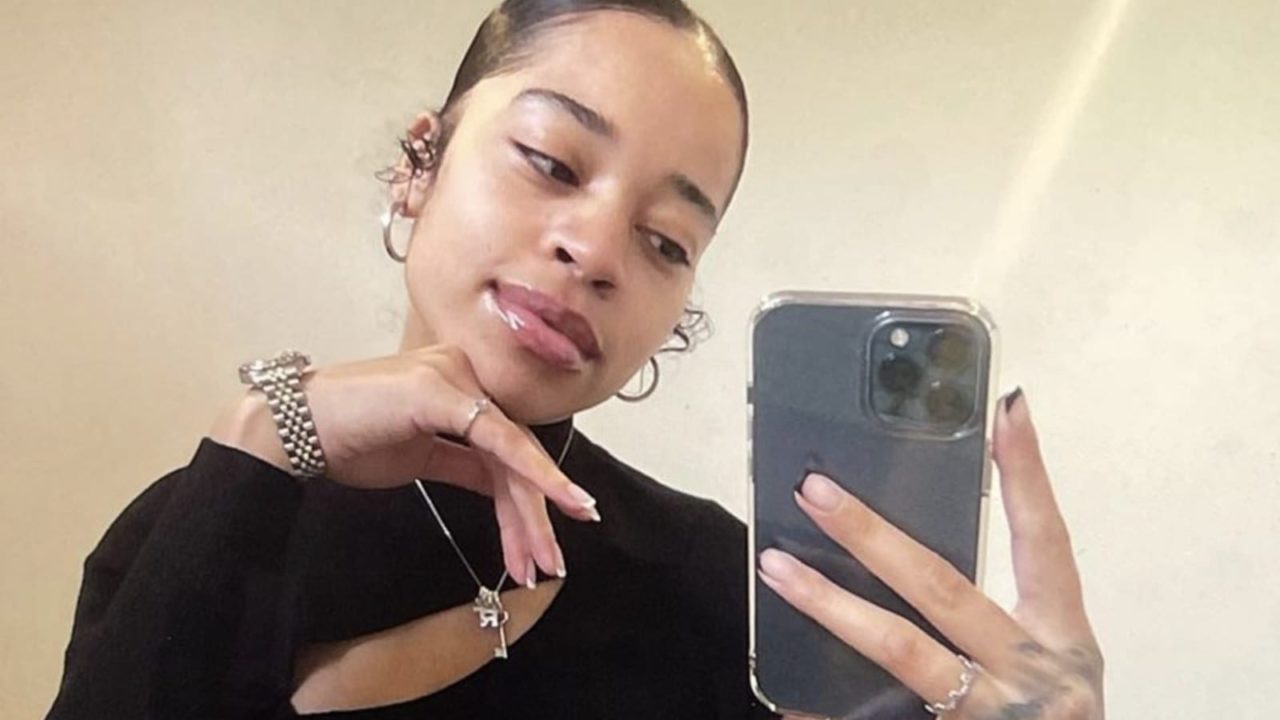 The R&B singer Ella Mai has been quietly working on the follow-up to her 2018 self-titled debut album. She recently shared on her Twitter hinting that her highly-anticipated follow-up could be dropping any day now. Ella Mai’s New Album On The Way, Debut Album Has Gone Double Platinum Ella Mai hasn’t dropped a full project […] 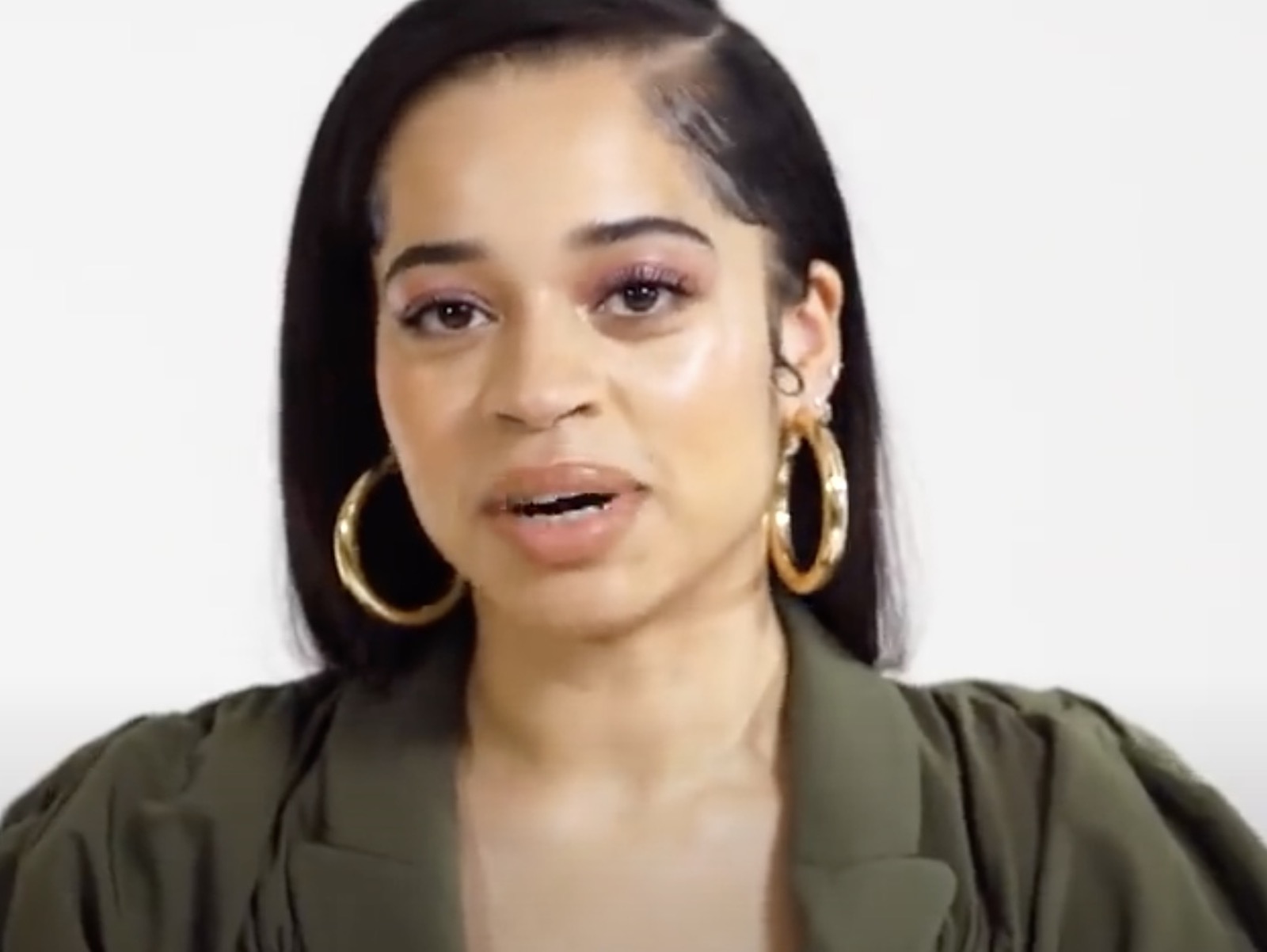 R&B singer Ella Mai has her needs. The popular British singer has delivered an inside look on what goes into her tummy on a daily basis. The clip shows Mai breaking down her life in an average day with all the go-to comfort foods. From Jamaican food in New York City to home-cooked salmon and […]

The post Ella Mai Reveals Everything She Eats In A 24-Hour Day appeared first on SOHH.com. 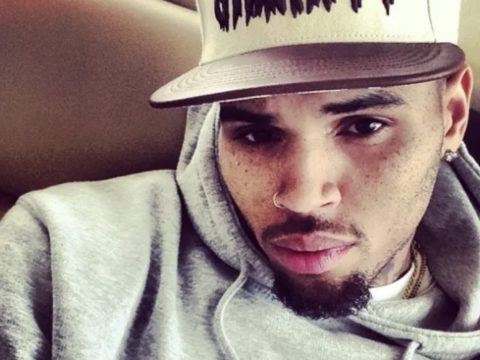 R&B singer Chris Brown has fans ready for an Ella Mai collaboration. The veteran crooner went online to share an epic moment alongside the Grammy-winning performer.

Big Facts: This week, Chris Breezy hit up Instagram to deliver a must-see shot next to Mai.

On A Related Note: Last Thursday, Chris Breezy geeked out over his baby mother Ammika Harris‘ beauty with a slideshow of pics.

Before You Go: Recently, Chris shared a shot of his boo donning a belly bump.

Mustard held his inaugural SUMMERSFEST music festival this past Monday, August 12 at The Novo in L.A. Live. The L.A. native and Grammy Award winner brought music heavyweights like Migos, YG, 2 Chainz, Ella Mai and more to the stage.

Those in attendance had no clue who was going to hit the stage for the evening, which was kicked off by 1TakeJay delivering the “Intro” from Mustard’s Perfect 10 album. Jay was followed by back-to-back hits from RJ MrLA, A$AP Ferg, Roddy Rich, 10 Summers songstress Ella Mai, YG, 2 Chainz, Big Sean, and Saweetie. Mid-show, the show got emotional in a tribute to Nipsey Hussle with “Perfect 10” and a video tribute. The epic show would wrap with a “Pure Water” performance from Mustard and Migos, the latter joined by his son Kiylan.

“This festival was absolutely legendary. I’m so happy we were able to get some of the best artists in the game right now to perform. We sold out in less than two weeks and gave the city a night they’ll never forget,” stated Mustard.

If you were unable to catch Mustard at SUMMERSFEST, you can pull up to the Legendary Nights Tour where he will join Future, Meek Mill, YG and Megan Thee Stallion across the country. Ella Mai will be hitting the road as well, joining Ariana Grande on the Europen run of The Sweetener World Tour, which kicks off in her home of London on August 17. The Billboard Music Awards 2019 lived up to the hype with a handful of unexpected wins and unforgettable performances. Peep below for a full rundown on the winners. The R&Beef nobody asked for between Ella Mai and Jacquees that we all thought was finished simmering has been reignited. The “Boo’d Up” singer called out the faux king of R&B after he performed her song “Trippin’” while on stage with Tory Lanez at O2 Festival in London her hometown.

Was this on purpose? Well, Ella Mai seems to think so, and she didn’t hold back sending Jacquees a dart in the form of a Tweet. While not directly @’ed at the habitual song jacker you don’t have to be Sherlock Holmes to figure out who exactly she was talking too.

“i’d be so embarrassed if someone brung me on stage and the only thing i could sing was someone elses song because nobody knew my actual music. poor thing.”

i’d be so embarrassed if someone brung me on stage and the only thing i could sing was someone elses song because nobody knew my actual music. poor thing.

The Shaderoom hopped on all over the mess and posted the Tweet and Jacquees’ boo Dreezy decided to hop in the comments to stand up for her man claiming he hates performing that particular song and only did so after being put on the spot.

“1st of all he hate performing that song. They put him on the spot, and he did what he was supposed to do. Every single he dropped is gold or plat humble yourself girl.”

Interesting you would think he would have maybe stated that in the first place when he was asked to hit the stage, and also we are not sure about the platinum and gold singles, but we hear you Dreezy. Jacquees also took time to respond to Ella Mai just using emojis clearly showing he is not worried about he she feels about him covering her songs.

As you can imagine Twitter has nothing but jokes on the situation with some still feeling Jacquees’ version of the song is “better” while others are siding with Ella Mai. You can check out the gallery below to see the fallout. Maybach Music Group’s Meek Mill has fans wondering if he’s brewing up new music with British crooner Ella Mai. The Dreamchasers boss linked up this week with the Grammy-winning singer.

R&B singers Ciara, Ella Mai, Ne-Yo and T-Pain are getting into the lovey dovey spirit. The crooners have shared their exclusive TIDAL Valentine’s Day playlists.

Wow … after all these years of me working my hardest to get a Grammy I finally got one with my own artist my own team!! i must say I wouldn’t have asked for it any other way… this showed me that when people won’t listen to you and don’t see the value in you, you make them!! I spent years telling everyone I knew what I was doin and asking people to do full albums when they only wanted me to do singles for them because “what did I know about anything besides ratchet music?” … well guess what, I got a Grammy for producing a r&b song!! I’m more than a beat maker, I’m a PRODUCER there’s a big difference …. and to be honest beyond winning a Grammy last night I had a brief convo with Ella’s mom and she said “thank you for believing in my daughter, I know she’s in good hands” and that meant more than winning an actual Grammy!! Her first album, my little sister took her moms to the Grammys and we brought one home ! Shout to @mekoyohannes the work you put in day in day out doesn’t go unnoticed.. shout to @chaneldijon for sticking with me when I’m in the studio 24 hours working and not complaining … shout to the whole team and last but not least @ellamai I’m beyond proud of you, I’m glad they now recognize what I’ve been seeing, we did it kid they gotta put some respect on our shit ha ! @10summers

The post Look: Mustard Pens Must-Read On Ella Mai’s Grammy – “We Did It Kid!” appeared first on SOHH.com.

Wrapping up a major year, Ella Mai lands a new worldwide publishing deal with Sony/ATV Music. The announcement came from the company who is looking forward to working with the singer as her career continues to grow.

“Ella Mai is an astonishing new talent who has rightly emerged as one of 2018’s biggest breakout artists,” said Sony/ATV co-president, U.S. Rick Krim to Billboard. “We are honored that she has chosen Sony/ATV as her music publisher and we cannot wait to work with her on what promises to be an outstanding career.”

Ella Mai is cited as one of the “most exciting new artists to emerge this year” as detailed by Sony/ATV svp, co-head of West Coast A&R Jennifer Knoepfle.

Ella Mai has recently wrapped up a string of high-profile holiday performances for Thanksgiving and Christmas and is set to close out the year in the annual Dick Clark New Year’s Eve celebration. These performances follow her album going gold in one week. Ella Mai will also tour the country in 2019.