Rick Ross is out promoting his upcoming memoir Hurricanes which is hitting book stands today. In the book he discussed his past health scares and admits codeine abuse was a contributing factor to him catching seizures.

September 3rd I release my memoir titled #HURRICANES which will be one for the history books – Boss •you can preorder yours now on #amazon ! @neil__mb

In an interview with People, the Miami rapper got real about the multiple seizures that left him hospitalized last year.

“It was the codeine,” he admitted, adding that he was drinking large amounts of the prescription cough syrup to cope with the stress. “That mixed with the things I was drinking, the other drugs I was doing, and on top of not resting. [I don’t think] one particular thing would have killed me. But everything combined?”

Rozay also admitted that he didn’t follow the doctor’s orders and took the proper medication for his seizures. “I went I don’t know how long without taking the medication to prove to myself I’m stronger than these other people this shit was diagnosed for,” he told People.

“I ended up back in the hospital in a worse condition,” Ross said.

But now he is healthy, no longer using codeine, and he’s on a strict diet that includes lots of greens and rest. 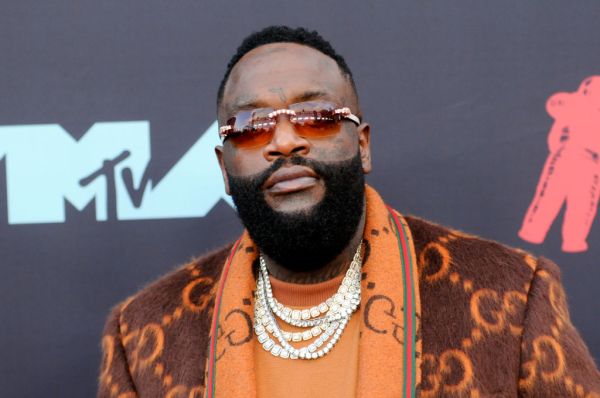 Rick Ross has become something of a larger than life figure in music and Hip-Hop culture, but a harrowing health scare put the boisterous rapper on the path to toning down his lavish lifestyle. The Miami rapper and Maybach Music Group honcho admits in a new interview with PEOPLE that his heavy codeine use sparked his seizure episodes.

What landed Ross in the hospital, was a slew of bad health decisions, including drug abuse. “It was the codeine,” he says of the prescription opioid cough medication he’d began using recreationally. In the book he describes drinking large quantities of prescription cough syrup to try and cope with stress.

“That mixed with the things I was drinking, the other drugs I was doing, and on top of not resting. [I don’t think] one particular thing would have killed me. But everything combined?”

He also blames his last hospitalization on refusing to follow his doctor’s orders. Ross, who has suffered a few other scary seizures in the past, had been prescribed medication. But, he says, “I went I don’t know how long without taking the medication to prove to myself ‘I’m stronger than these other people this s— was diagnosed for.”

As a result: “I ended up back in the hospital in a worse condition.”

The interview was part of a promotional lead-up for Ross’ new memoir, Hurricanes, written with Neil Martinez-Belkin and due out on September 3.

Check out the latest track, Codeine, from Tony Warren’s Bravo project which is currently available on all platforms

Even with some very serious legal issues looming over his head it is still business as usual for Young Thug. His long teased project has finally been unveiled.

On the heels of Slime Language, which was released last month, Thugger drops the aptly titled On The RVN. The EP is only six tracks deep but does pack some interesting artist collaborations. As Rap-Up noted Jeffery links with Jaden Smith on the previously released “Sin”. On “High” he brings Sir Elton John to the fold with a sample of the icon’s “Rocket Man”.

Originally announced in September 2017, On The RVN is being billed as his “most vulnerable project to date”. This might ring true as the “Best Friend” rapper is currently facing some heavy prison time. Last fall during a traffic stop in Atlanta he was caught with a medley of drugs including hydrocodone, marijuana and codeine. Additionally police also found an unregistered firearm in the vehicle. Thug has since been charged with eight felony charges. He now awaits trial.

You can listen to On The RVN below. Let us know your thoughts in the comments section below.