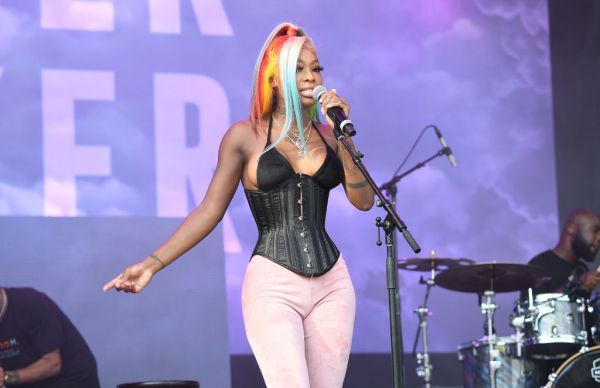 Summer Walker broke out in 2018 on the heels of her acclaimed debut commercial mixtape, Last Days Of Summer, and its big single “Girls Need Love” with the remix featuring Drake. The 23-year-old songstress has released her debut studio album Over It, and R&B Twitter is deep into their emo feels right now.

Walker’s sultry R&B stylings are well on display on Over It, and she has a bevy of big-name stars such as Bryson Tiller, Usher, 6lack, PartyNextDoor, and the aforementioned Drake. Fellow R&B talent Jhené Aiko joins Walker on the emotionally-charged “I’ll Kill You” which has been an early favorite among many of the listeners.

Walker may have heard the complaints of Joe Budden via his podcast, releasing a  substantially fuller body of work, adding to a growing legacy as she leads the charge for women in the modern R&B landscape. Much of the album is produced by Walker’s boyfriend London on da Track and proves to be some of his best work to date. And yes, this album is full of Walker’s usual relationship fare so best believe some love will be made this weekend along with a handful of arguments.

Check out the reactions to Summer Wwalker’s excellent Over It album alone. Check out the streams below as well.