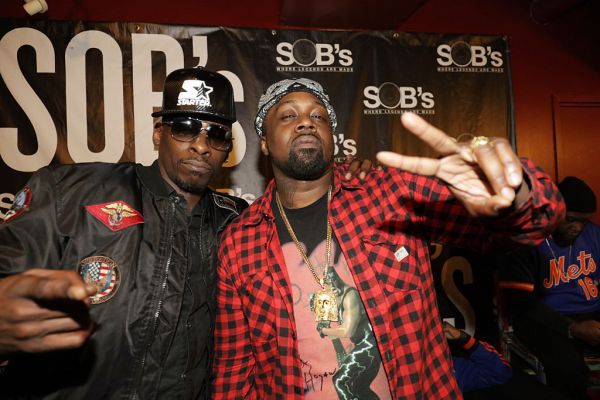 Fans of Smoke DZA know that the R.F.C. Music Group honcho has a ton of music and keeps feeding the streets with new releases, and now he’s reconnected with Pete Rock and one of Hip-Hop’s top buzzing acts. George Kush linked up with Black Soprano Family’s Benny The Butcher with the Mt. Vernon legend on the boards for the EP, Statute Of Limitations.

DZA and the Chocolate Boy Wonder worked together on 2016’s criminally slept-on Don’t Smoke Rock project, and PR has been busy this year after dropping his collaborative release with Brooklyn bomber Skyzoo, Retropolitan. The Butcher has been busy too with his EP The Plugs I Met still getting burn in many headphones and speakers since its June 2019 release.

With Statue Of Limitations, the focused deliveries of both DZA and Benny complement each other well and Pete Rock provides a solid, six-track platter of beats that highlight his usual boom-bap fare but with updated and fresh results. Features include the eternally consistent Styles P, and the Griselda Records champions Conway The Machine and Westside Gunn to round out the project.

Check out the streams of Statue Of Limitations below. Sound off in the comments to let us know your favorite joints!