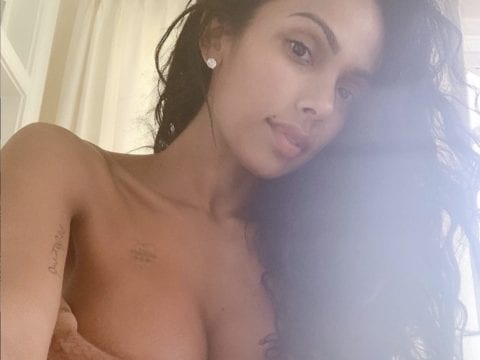 Vixen Erica Mena looks like she’s ready to pop. The hip-hop model has come forward to deliver a steamy sneak peek at her growing baby bump.

Last night, the reality TV star hit up Instagram with an underwear shot of herself.

On Sunday, Mena’s fiancé Safaree Samuels revealed a must-see sonogram of their baby.

On Saturday, Safaree blessed fans with a photo shoot pic of himself and wife-to-be.