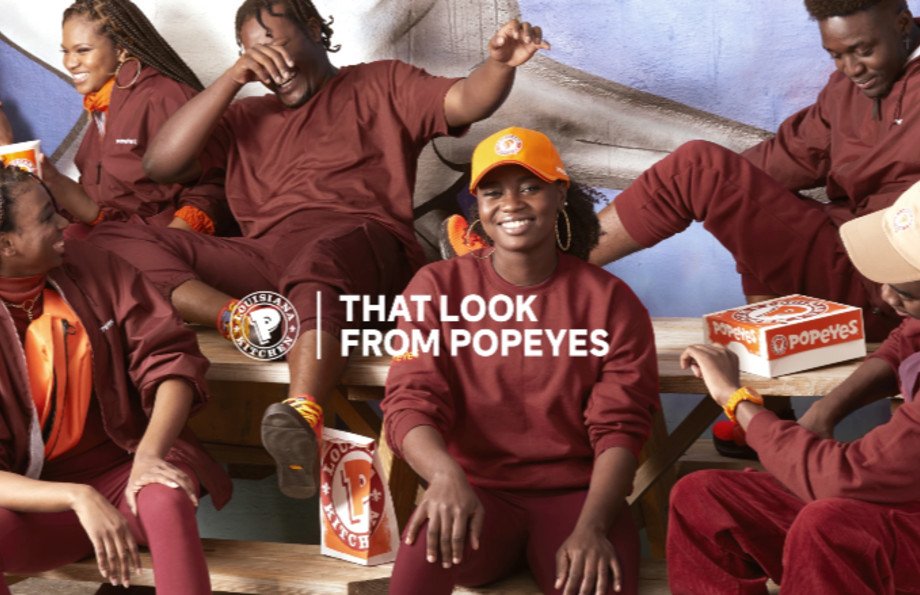 It seems that orange and maroon might the foolproof colors for 2020. After Beyoncé cemented that scheme into popular culture Hip-Hop’s favorite Louisiana Kitchen felt in a ways.

As spotted on Complex Bey’s recent Ivy Park collection lived up to the hype and then some. All the pieces from her adidas drop have sold out and have become streetwear grails for female millennials. One party who was not so impressed nor pleased with this new wave was Popeyes.

Upon further inspection the gear bore a striking resemblance to the fast food chain’s uniforms; down to the colors. Naturally The Internets picked up on the similarities and quickly went online to determine if there was a style thievery in place. While Sasha Fierce has yet to comment on the similarities Popeyes has bossed up and is releasing their own branded clothing for consumer consumption.

Popeyes said, “Ivy Park is sold out everywhere? We got you” and…I might have to… pic.twitter.com/gvD9Sy0Tx2

On Wednesday, January 29 the restaurant announced the release of “That Look From Popeyes”. The limited-edition drop includes the pieces worn by their employees down to their signature visors. According to the press release all proceeds will go directly to the Popeyes Foundation which seeks to “strengthen our communities with food and support in times of need” according to their mission statement.

You can see the That Look From Popeyes collection below.

Nothing new here. Just the uniforms we wear every day. Now available for everyone. Link in bio. #LoveThatLookFromPopeyes

A post shared by Popeyes Louisiana Kitchen (@popeyeslouisianakitchen) on Jan 29, 2020 at 7:51am PST