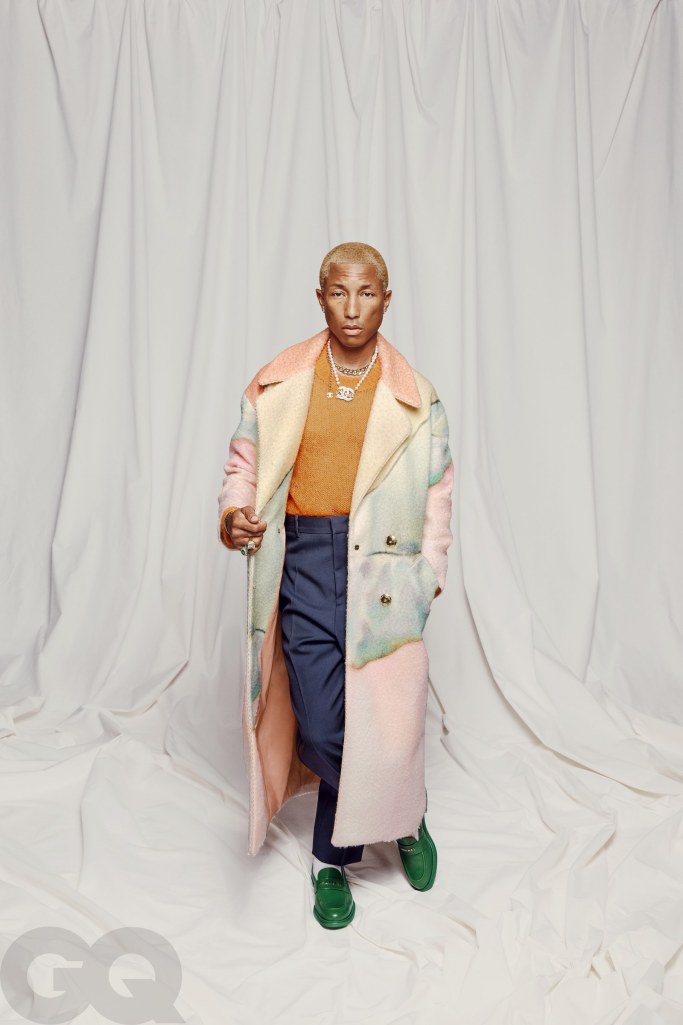 Pharrell is once again pushing the boundaries of culture and fashion in one fell swoop. His newest magazine feature is a bold proclamation to say the least.

As the face of GQ’s November edition P is attempting to change the macho narrative. Dubbed the “New Masculinity Issue” the Virginia native is pictured sporting a Moncler 1 sleeveless poncho that hangs to the floor giving the look a ball gown vibe.

In the story the In My Mind author explains his stance on what the definition of being manly is. “Some of my old songs, I would never write or sing today. I get embarrassed by some of that stuff. It just took a lot of time and growth to get to that place,” he revealed. “‘Blurred Lines’ opened me up. I didn’t get it at first…lyrically,I was like, What are you talking about?… And then I realized that there are men who use that same language when taking advantage of a woman, and it doesn’t matter that that’s not my behavior. Or the way I think about things.”

Skateboard also detailed his spiritual awakening over the last couple of years and how will use his celebrity voice to invoke change. “I think this is a way that I can speak up at a time where we’re in the middle of a spiritual plight” he explained.

He also made it clear that he supports the LGBT+ community in their crusade for equal rights and representation. “They feel like their body is not connected to their spirit. And what kind of toxic environment do we live in that they have to justify how they feel? That must feel incredibly insane.”

A first for Gentleman’s Quarterly the “New Masculinity Issue” also looks across the culture at how modern masculinity is not a monolith but a beautiful, varied and ever-evolving spectrum. Comedian Jaboukie Young-White, photographer Collier Schorr, #MeToo founder and activist Tarana Burke, basketball star Kevin Love, rapper Killer Mike, comedian Hannah Gadsby, filmmaker John Waters, author Clint Smith, actor Asia Kate Dillon and more round out the Voices of New Masculinity package, a section of essays, mini profiles, and Q+As punctuated by a commissioned survey that lays down statistics of the movement.

“The New Masculinity Issue” hits newsstands October 15. You can read the feature in full here. 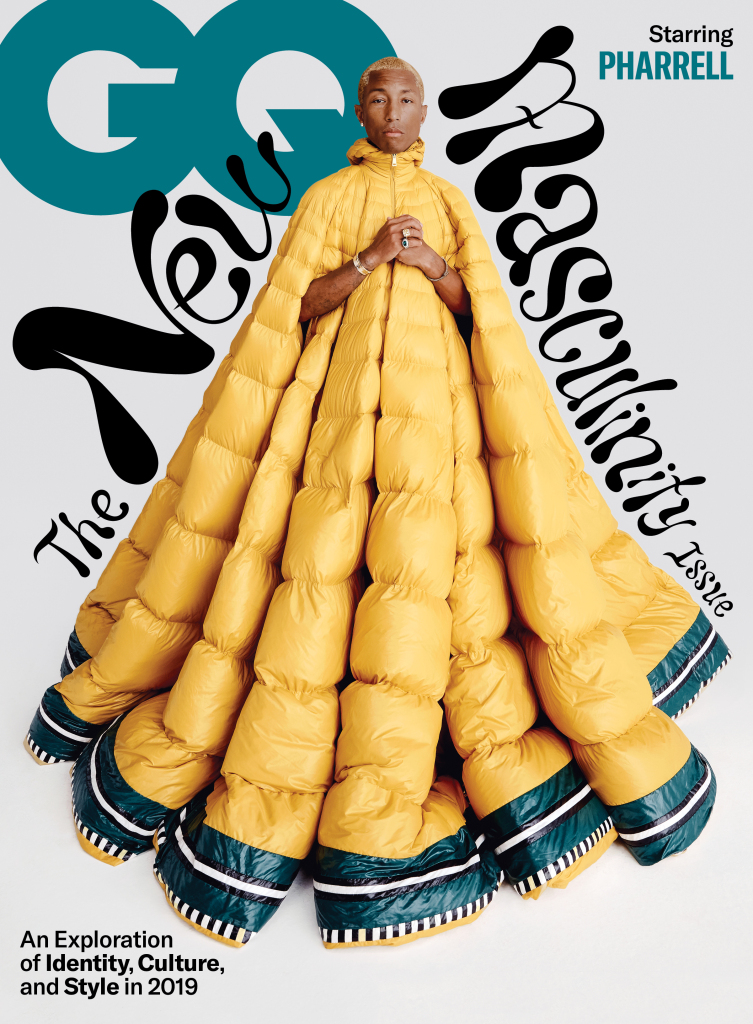