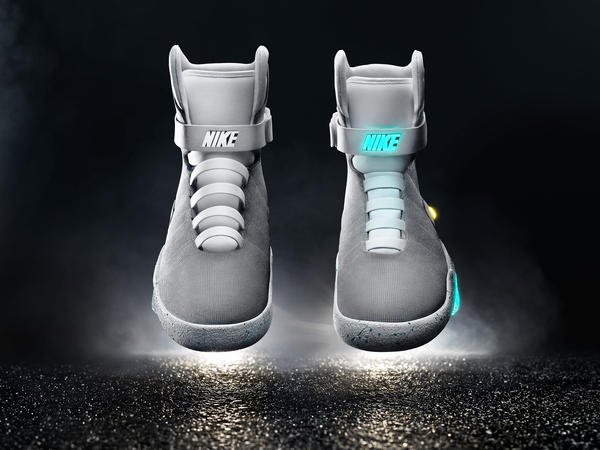 Back in 2016, hypebeasts and sneakerheads went into a frenzy when Nike released their 80’s cinematic grails the Nike “Air Mag” Back To The Future silhouettes (there was also an auction only drop in 2011). But unfortunately the 1,500 pairs were sold via raffle and needless to say L’s were aplenty.

Fast forward two years later to the day that the sneaker gods smiled upon a mortal man who found himself not only stumbling upon one pair of “Air Mag”‘s or even two, but three?! How many lives did this man save in a past life? According to Nice Kicks, Joe a.k.a West Coast Streetwear hit the sneaker lottery when someone came across an expired storage unit in Oregon where he came across 6 pairs of deadstock Nike “Air Mag”‘s and sold Joe three pairs. The man in question paid a mere $75 for the unit.

A reseller has allegedly come across 3 pairs of deadstock 2011 Nike Mags, found in an expired storage unit
The unit was purchased for $75 by a man who originally found 6 pairs of the shoes, selling 3 pairs before selling the rest to @wc_streetwear
The shoes resell for $10,000+ pic.twitter.com/OwPHz2x6pB

Joe for his part says he’s already sold a pair for $10K on StockX and is contemplating keeping one or two pairs for himself. Might as well keep another for a rainy day.