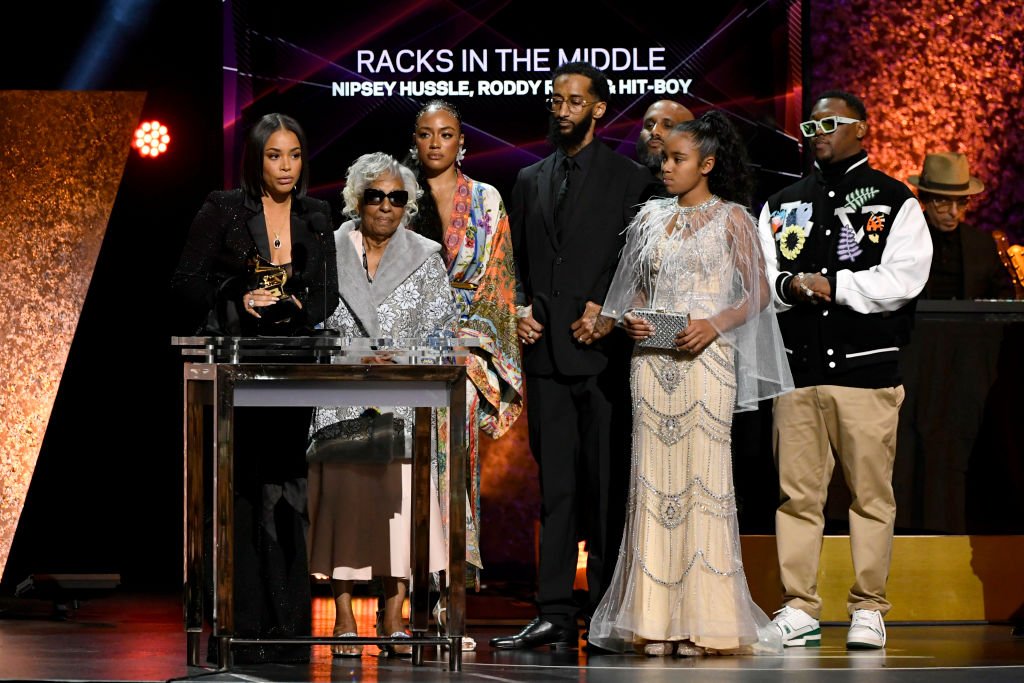 The Marathon Continues. Nipsey’s absence from the world after being tragically gunned down on March 31, 2019, is still being felt, but he got some roses by earning his first Grammy Award last night (Jan.27).

The posthumous award win came during a pre-televised segment of the 62nd Grammy Awards. Nipsey took home the Grammy for best rap performance for his track “Racks In The Middle” featuring Roddy Ricch and Hit-Boy. The late rapper’s family accepted the award on his behalf, with an emotional speech from his grandmother.

The award came before the tribute performance that premiered a new song from Meek Mill, “Letter To Nipsey,” which also features Roddy Rich. It then transitioned into DJ Khaled’s John Legend, Nipsey Hussle assisted track “Higher,” which also won a Grammy for best rap/sung performance. Nipsey’s good friend YG and Kirk Franklin also contributed to the tribute that also showed love to Kobe Bryant as well.

“Racks In The Middle” was also nominated for best rap song but lost to 21 Savage and J. Cole’s “A Lot.” Nipsey Hussle earned his first Grammy nod back in 2018 for his critically acclaimed and now platinum album Victory Lap.