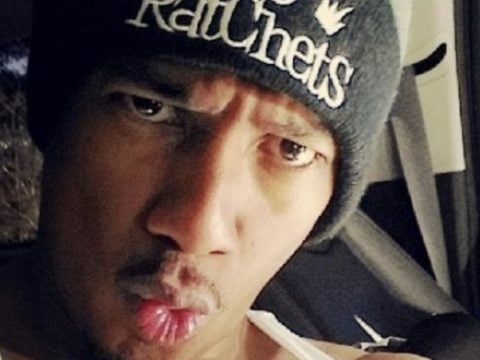 Hollywood actor Nick Cannon isn’t completely convinced Kanye West really had issues with him and Drake. The hip-hop artist has dug deep into last week’s explosive series of clips where Yeezy went on an explosive tear against them.

In a new interview, Cannon said he could see Kanye low-key using his clips as free promotion for his brand.

“He’s a master at manipulating the media and controlling the media and controlling his message. So I had to step back and be like, ‘Why is he doing this?’ You know what I mean? I don’t know. It’s Yeezy promotion. He was new to Instagram, he was talking, he was referencing some old media while he was focusing on his media. So I was like, ‘Alright, I’m going to answer back with my media.’” (Big Boy TV)

#NickCannon is checked in to #BigBoysNeighborhood! Turn us up @real923la

“I haven’t really been paying attention to the back and forth between [Kanye and Nick],” he said. “For me, I have to grow up and be my own man and look out for my own family and make sure that my wife and baby are comfortable with what I’m saying. So if that affects them then it affects me.” (TooFab)

According to reports, Kanye and Nick recently communicated through social media to squad their beef.

Kanye West and Nick Cannon have come to a mutual understanding after going at each other on social media over Kim Kardashian West — and the consensus is this … R.E.S.P.E.C.T. Sources tell us that Kanye and Nick squashed their beef this weekend after Nick responded to Ye on Instagram, basically telling him to not try and censor what he can or can’t say in interviews. We’re told they swapped numbers in their IG DMs … and eventually, both of them got on the horn to hash things out in a fairly long convo. (TMZ)

The post Nick Cannon Thinks Kanye West Might Have Faked Drake Rant: “He’s A Master At Manipulating The Media” appeared first on SOHH.com.