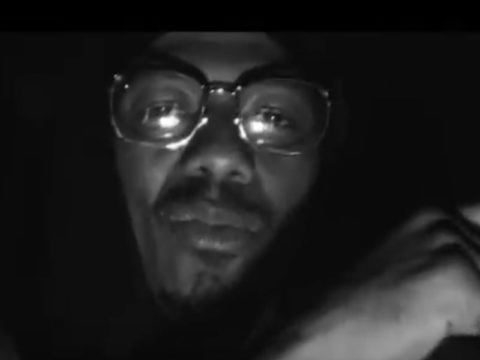 Hollywood actor Nick Cannon has some strong words for jailed TV icon Bill Cosby. The hip-hop artist delivered an emotionally-driven new video message to the fallen celebrity days after his prison sentence getting handed out.

Cannon went to Instagram Sunday (September 30) with a must-hear and see clip reflecting on Cosby’s rise and fall.

Why Bill? Why do we have to question if this is actually real? Why? because Bill was the father figure to niggas who didn’t have values instilled? Why Bill didn’t hold up the bargain of the flawless patriarch that we all loved and revered, weekly we smiled as you kept our souls, households and dreams fullfilled. Warmed our hearts from poverty’s chill Why Bill? Why Bill didn’t just deal with his Queen at home? Why Bill let lust enforce us to distrust and allow him to be dethroned? Why Bill wasn’t a better example for me? Why Bill got me thinking I’m better off not being on TV. Maybe I should just focus on my degree Even though my academic quest to profess and teach could still be breached with a reach of accusations against me? Why Bill couldn’t see, that if he really wanted to lead, it wasn’t about preaching and reprimanding this generation But warning us that regardless of our income and occupation the system will still forsake us Take us, for a joke Make us go broke, Stay in your place nigga And when you brag about the black man being hung. Our arrogance is just a different kind of rope. Because fuck racism, Sexism is the biggest issue known to man kind And Why a kind man like Bill Could find the time to combine pills and lies as an evil cocktail is what my Grandmother asked? She was a fan. Now she’s afraid Afraid of you Afraid for you Afraid what you couldn’t afford to do Defend yourself Why Bill? Why am I so perplexed and confused Why is it so difficult for men to comprehend the differences between abuse her right chose Why Bill? Why Bill Want us to be said for him Like he didn’t have the right to lose. #spokensundays [Link in Bio]