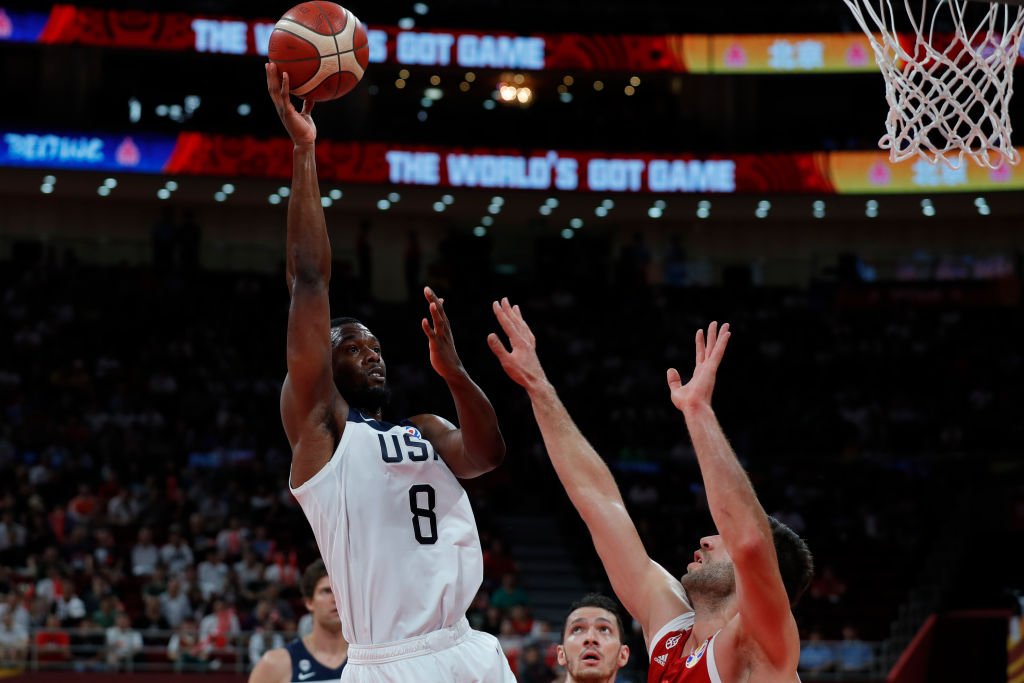 Former Dallas Maverick turned Sacramento King Harrison Barnes and his wife have teamed up with Philadelphia Eagle Malik Jackson to assist with the funeral costs of Atatiana Jefferson.

The announcement came just one week after Jefferson was senselessly murdered in her home by then Dallas Police officer Aaron Dean. According to published reports, Harrison Barnes and his wife, Brittany Barnes, are covering more than half of the cost of the service, and Philadelphia Eagles player Malik Jackson is paying for the remainder, according to attorney Lee Merritt, who is representing Jefferson’s family.

The news of Atatiana Jefferson’s murder sent shockwaves through an already fragile community. Her death came just one week after the conviction of former Dallas police officer Amber Guyger, who also senselessly murdered Dallas resident Botham Jean in his home after “mistaking” his apartment for her own.

As previously reported, incident happened after neighbors called police to do a wellness check on Jefferson after noticing that both her front and back door were ajar. Police arrived on the scene and within minutes, 28-year-old Atatiana Jefferson was shot dead in the bedroom of her own home.

On Monday (Oct.14) Aaron Dean reportedly turned himself in and was arrested and booked on charges of murder before posting a $200,000 bond.

Before his arrest, it was reported that Dean had not been cooperating with the investigation into Jefferson’s murder. Even with the edited body cam footage released by the police, it was obvious Dean had acted prematurely, leading to Jefferson’s demise.

While the news of the arrest was somberly received, the Dallas police are sticking to the same script of attempting to villainize Jefferson while minimizing the actual crime committed by Dean. The latest attempts come after the statement from Atatiana Jefferson’s eight-year old nephew who was home at the time revealed that Jefferson pointed a gun at the window after noticing someone roaming in her backyard. Police also have released the 911 call to police by the neighbor who requested multiple times during the call for a “wellness check” at Jefferson’s residence. Despite the neighbor’s request, police were reportedly sent out on an “open structure” call which is primarily reserved for heightened property checks for reasons including burglary.

During an interview with CNN, retired officer and police consultant, Jeff Halstead, calls the response ridiculous and called to question the officers actions in spite of the call he was given stating that mere observation when arriving on the scene would have made the outcome of the call vastly different.

“They were standing literally at the front door, they could see whether the door was kicked on or not. The lights were on, there was evidence that people were living there, there were toys,” Halstead told CNN. “Why they advanced to an extremely dark backyard area without at least ringing the doorbell or checking the entrance? That’s extremely concerning.”

A public funeral service for Atatiana Jefferson will be held at 2 p.m. Saturday, Oct. 19 at The Potter’s House Church of Dallas, according to an attorney representing her family.