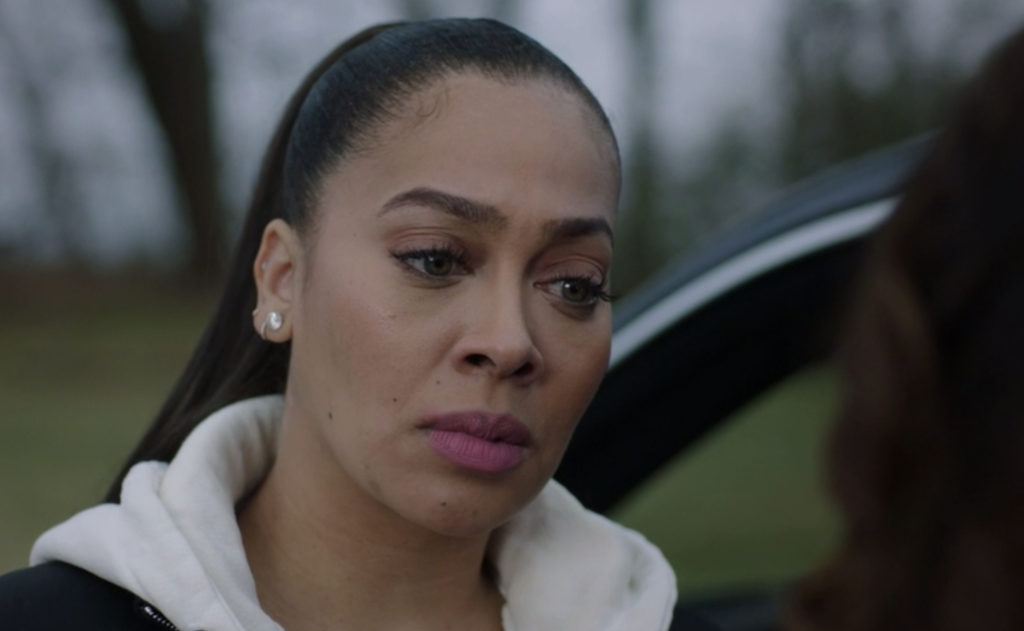 By now, you should know that La La Anthony’s character on Power has gone to the “Big Rich Town” in the sky. Many fans of the show were happy to see her go mainly because of her questionable acting skills. La La clapped back at her haters during an interview on Power 105.1’s The Breakfast Club.

La La isn’t bothered in the least bit when it comes to the criticism of her acting skills. When asked by Charlamagne if she gets upset when people say she can’t act during Thursday (Oct.18) interview, she responded:

“I think you got to be worried when people aren’t talking. My thing is that I’m doing it. So, if I couldn’t do it, then why am I doing it? If you can do it better, then why you not getting the jobs I’m getting? That’s how I look at it.”

“My thing is, I do it, I put my all into it. I didn’t start that way, so it’s been a different journey for me, but that doesn’t mean I can’t do it. And I think people just naturally want to hate because you started differently. ‘You’re not a real actor, you started on the radio.’ Alright, maybe I didn’t come into it like you, but I put the work in, and I continue to put the work in so that doesn’t bother me.”

La La made sure to tout her social media influence and what it brings to the table stating:

“I also bring a following with me,” the 38-year-old said. “I almost got 10 million followers on Instagram. People watch what I do. What’s the point of having these great shows if nobody’s watching them? You want people to watch. So, if you can do it better, you bring your 10 million followers and come do what I do.”

We heard you loud and clear La La. Fans of the Showtime original drama The Chi will be next to see and possibly complain because Anthony will be bringing her skills to the show when it returns. You can watch La La’s entire Breakfast Club interview below.