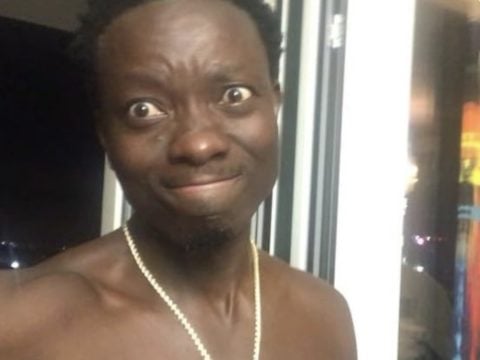 Comedian Michael Blackson isn’t here for broken promises. The hip-hop funnyman has called out 50 Cent for not coming through on a $10,000 donation promise.

Last night, Blackson hit up his Instagram page to question 50 for not coughing up the money to his mom.

That neega @50cent lied to my mom and my village #GetTheSpear

This week, Blackson reacted to Fif saying he would send his family a few stacks.

My mom and my village really appreciate you @50cent and don’t do us like Drake did Shiggy send the money today modasucka western union, I’ll text you my mom’s name in English modafucka. $10k U.S dollars not in naira, cedis or peso modafucka. Ok my mom just called she’s at western union waiting with her grandson on her back so hurry my neega before she gets the strap and the spear

My mom and my village appreciate this my neega @50cent https://t.co/XSXyfhV3ke

I was going to the strip club, l change my mind. Micheal blackson’s mom is cooler then these hoe’s.

Recently, MB weighed-in on the rap feud between hip-hop stars Nicki Minaj and Cardi B.

The post Michael Blackson Calls Out 50 Cent For Lying: “Get The Spear” appeared first on SOHH.com.